Last Friday was a beautiful blue sky day which was great as we had arranged to go and visit some friends for the afternoon. The journey to Cockburnspath – or Co’path as it is known to the locals takes us over the new Queensferry Crossing (bridge) south of Edinburgh and it’s about a 160 mile all round journey for us, it was our first big day out since the lockdown in February. If you’re interested in history have a look here, it’s a very historic area.

We’ve been going on daily walks during the lockdown but it was just so nice to walk somewhere different. The first stretch of our legs took us past St Helen’s Church, That’s my sister’s name and I hadn’t even realised there was a Saint Helen. The church dates from the 1500s. 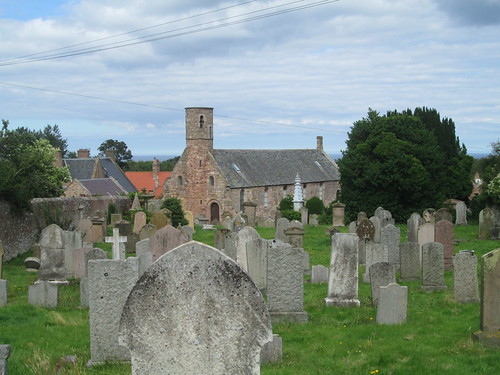 If you’ve been visiting ‘Pining’ for a while then you’ve probably seen photos like these before. We always walk to the nearby village of Cove on the coast with Uther the red and white setter. Apparently there aren’t many of that breed left. Uther is a bit daft and unusually for a dog he never goes into the water. He drank some sea-water as a pup and it seems to have put him off having too close an encounter ever again. It’s a pity some humans don’t have that sort of aversion when they have their first hangover! 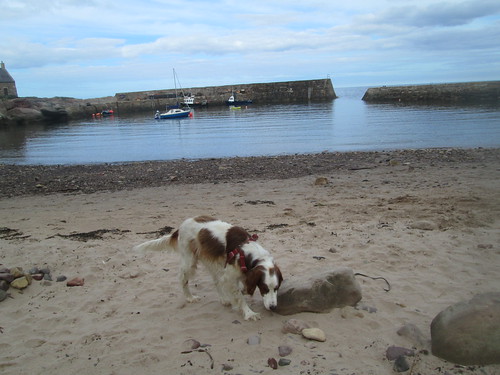 The two old cottages are still standing, no doubt one day they’ll be washed away by a big storm as happened to the many other cottages that were here. Now these ones are just used for storing creels and various other bits and pieces of fishing gear. I wouldn’t mind living in one of them – for fine days only. 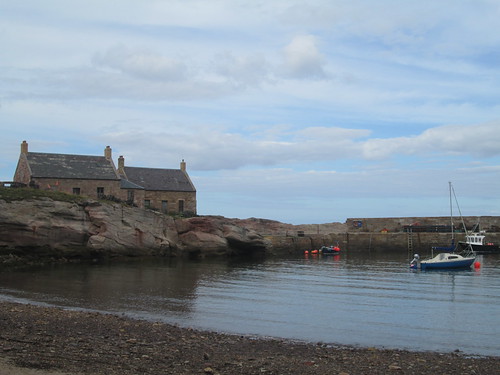 It was nice to see friends and have a wee bit of normality back in our lives, but I still don’t want to go anywhere crowded where you can’t socially distance easily. 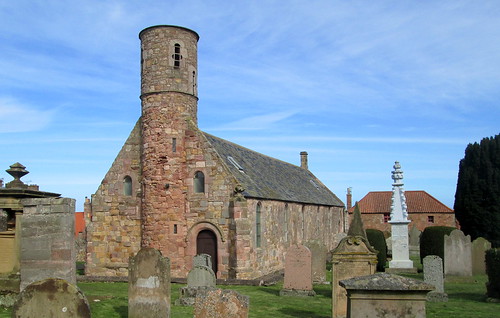 We went to visit friends in the wee historic village of Cockburnspath in the Scottish Borders recently and from their house I could see the round tower of this church, so I had to go and investigate. In fact this whole area is steeped in history. King James IV gave the land around this area to his wife Margaret Tudor (sister of Henry VIII) to celebrate their marriage in 1503.

There are a few of these really old gravestones with a skull on them, they are usually from the 16th century. The one below also has tools carved onto the stone, hammers and chisels and pincers. I wonder if he was a stonemason and if he carved his own stone! 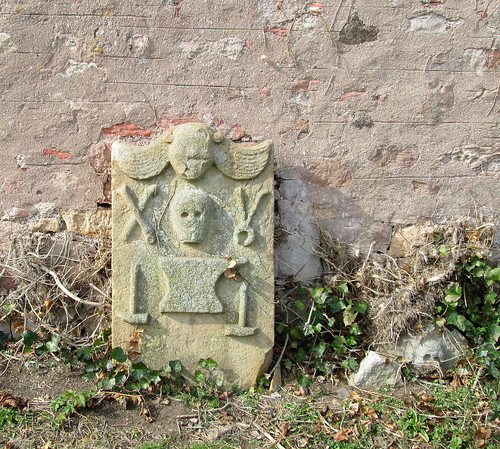 I noticed that there was a sign on the church gate saying that there were war graves in the graveyard. There are four I think with a few other gravestones mentioning men who had died in wars but hadn’t been buried there. Most people chose to leave their loved ones where they had originally been buried, with all their comrades, but obviously some chose to have their bodies returned home. Although as you can see from this gravestone he was from Australia but must have been originally from Cockburnspath. I like the fact that the powers that be allowd their loved ones to add a personal message at the bottom of the stone. I suppose it was the least they could do though, given the sacrifice. He was a pilot in the RAF and died in 1941 aged 21, he must have been one of ‘the few’. 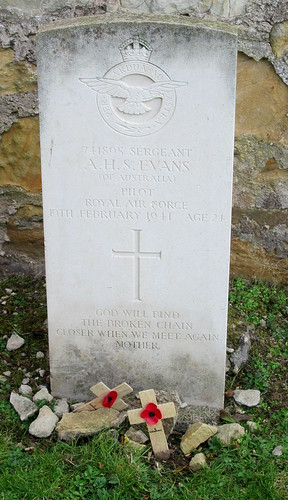 It might seem odd but I love mooching around old graveyards and this one is particularly interesting. This church which dates back to the 1500s is also called St Helen’s Church, presumably the change of name to Cockburnspath Parish Church came about after the Reformation.
It would originally have been a Catholic church I think. 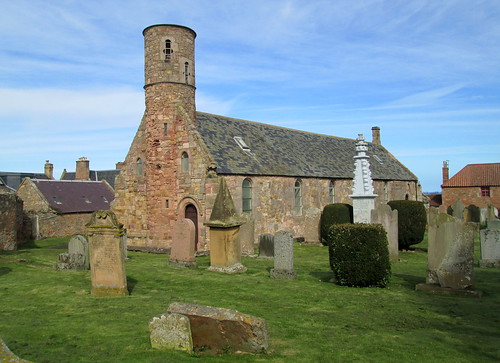 You can see more images of Cockburnspath here.