We managed to visit quite a few towns during our fairly recent trip to Oswestry, and one of them was Shrewsbury. We had no idea that the town was going to be quite as congested as it is, but thankfully we had already decided to use the very handy and cheap Park and Ride there. The traffic was incredibly heavy and slow moving, it would have been a nightmare driving through it and searching for a parking place. Otherwise we were really impressed with Shrewsbury which has a very high proportion of independent shops, so it’s quite a unique shopping experience – if you’re that way inclined.

But we visited Shrewsbury Abbey which is in the photo below. The abbey was founded in 1083 but a lot of the building was destroyed in the 16th century apparently 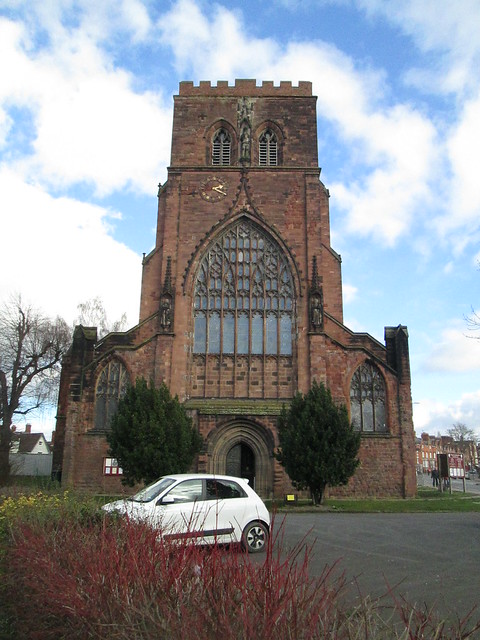 It’s not magnificent looking from the outside, but it’s better internally as you can see from the photo below. 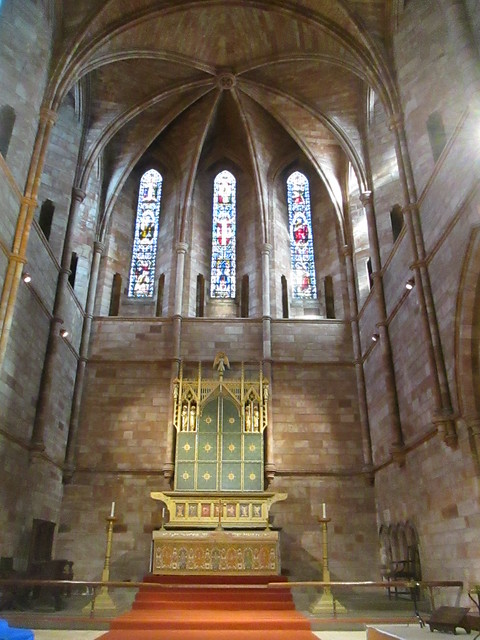 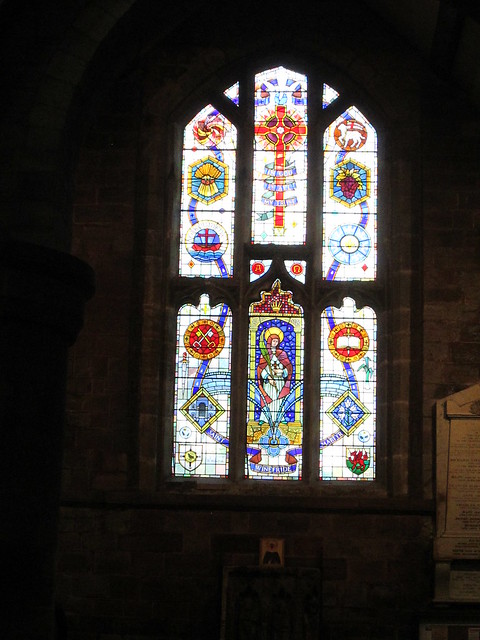 I’m sure that one of the stained glass windows is a recent one which was commissioned in memory of the author Ellis Peters/Edith Pargeter, who lived locally. She set her books around the abbey where her character Brother Cadfael was a Benedictine monk. 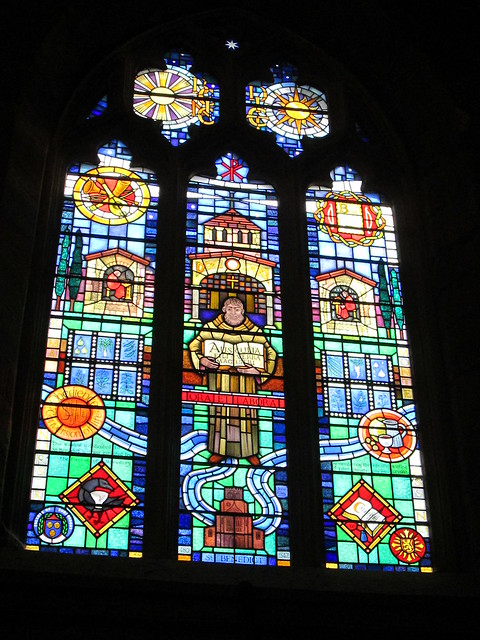 The window below is very high up and much more ancient. 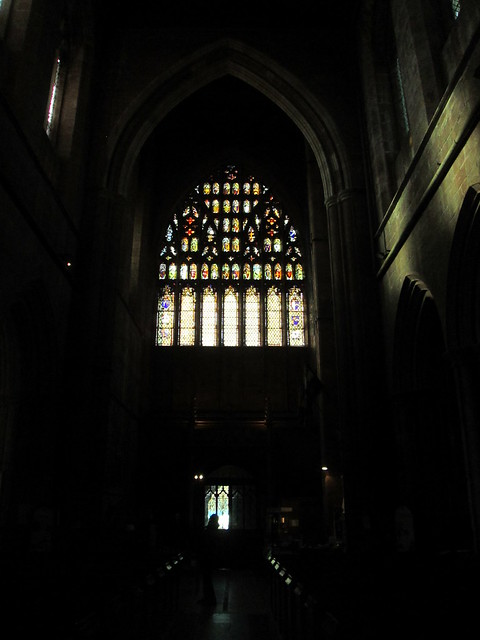 In the past the abbey has been inundated as you can see from the photo below of a boat in the aisle. The River Severn runs through the town and obviously gets too close for comfort sometimes. 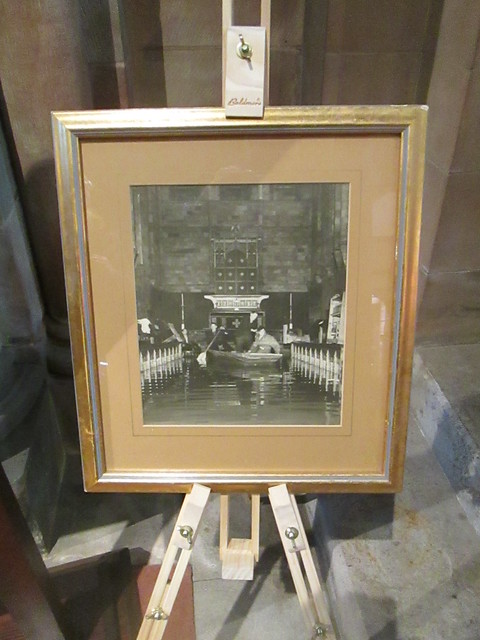 It seems to have been terribly dark when we were in the abbey, but you can see much better images here.

Murder Under the Christmas Tree is a compilation of short stories by well known authors, all set around about Christmas – as you would expect.

The first story is The Necklace of Pearls by Dorothy L. Sayers. I’m quite a fan of Sayers but I have to admit that I was a wee bit disappointed with this one as I guessed the solution fairly quickly.

It’s quite a collection of authors and I’m sure there’s something for everyone here, well everyone who enjoys a good murder around the festive season – as I do!