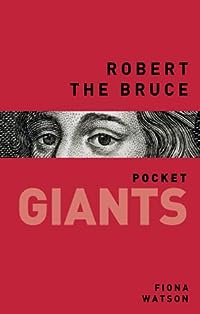 The Pocket GIANTS publication on Robert the Bruce by Fiona Watson is a slim volume at just 114 pages but if you’re at all interested in The Bruce and Scottish history then it’s a must read for you. It’s a well written explanation of the hinterland of the Bruce family and Robert in particular although what we think of as The Bruce was the seventh Robert in the family.

I believe that the author has since written a much longer book on the same subject but this one is ideal if you just want a better understanding of the politics of the time. If by any chance you get the opportunity to go to a lecture given by Fiona Watson (as I had last May) then you should definitely go, she has such enthusiasm for her subject and brings the people to life in a very human way. There definitely won’t be any students sleeping through her lectures I’m sure! 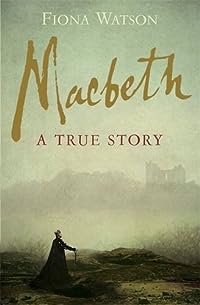 I saw this book at my library and as I only knew Macbeth via Shakespeare I thought it would be interesting to find out about the real story. I enjoyed the book but I do have one wee gripe about it and that is that Macbeth doesn’t make an appearance until you are more than half way through the book.

The title of the book is something of a misnomer but I have to admit that it was the title which grabbed my attention. There’s an awful lot of history to read through before you get to Macbeth who reigned from 1040 to 1057. The beginnings of Christianity in Scotland, the Romans, Viking raids and ‘kings’ who murdered each other constantly.

Those so called kings would nowadays be called gangland leaders or warlords, grabbing the top slot by violence and it was only a matter of time before someone else had a go at them.

Macbeth managed to hold onto power for 17 years and was apparently popular but has just about been written out of history because as always, the history is written by the winners and the winners were the Mac Alpins.

Macbeth’s reputation was comprehensively trashed over the centuries and it was a history by Ralph Holinshed of Macbeth which gave Shakespeare the idea for writing his play. So there is no truth in the play at all, but it served its purpose.

Shakespeare had been writing and performing for Elizabeth 1, when the company of actors had been known as The Queen’s Men. On Elizabeth’s death things must have been somewhat disconcerting for them to say the least. They were basically redundant. What was this unknown quantity King James VI (I of England) going to be like? Would he want a company of actors or not?

So Shakespeare set to buttering the King up and wrote Macbeth as the bad guy because King James was descended from the Mac Alpins who had succeeded to the throne after Macbeth. It worked, and it wasn’t long before Shakespeare’s company became The King’s Men.

There were times when ‘ma heid wis fairly birlin’ whilst reading this book, because there were so many kings and murders and strange names, and it seemed a very long time before Macbeth’s story was told, but I did enjoy it.

If you are interested in Shakespeare you might like to read this article In Search of Shakespeare’s Dark Lady, which appeared in last Saturday’s Guardian review.