You can see my previous post on the exterior of Fyvie Castle here. Below is a photo of a drawing room, I think it’s comfy looking, not too grand if you’re used to old places and furniture. 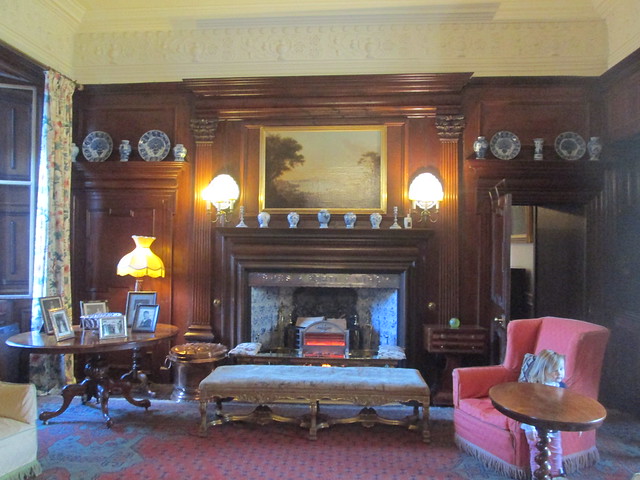 The photo below is much brighter though and this is the family room, I imagine that the ladies of the house used this one most of the time for relaxing, reading and sewing in, note the small face screens on the side table by the fireplace, used to stop the heat from the fire from damaging their complexions. 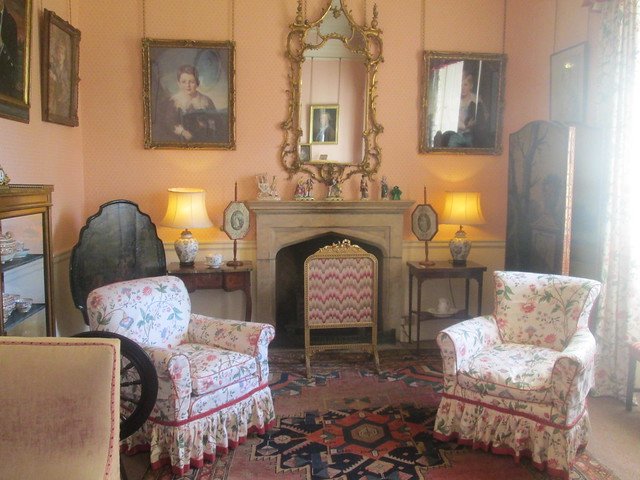 Below is a very solid looking desk, a proper work desk, not one for ladies to write their letters on I suspect. 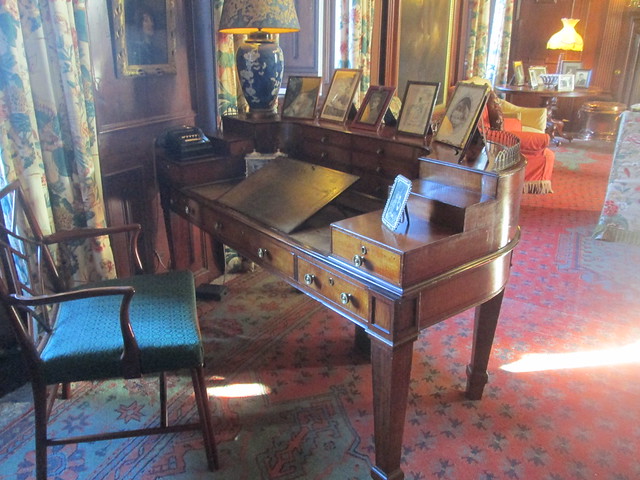 If fireplaces are your thing then there are plenty to choose from in Fyvie, the furniture looks Dutch to me but I’m sure that wasn’t what the guide said it was. 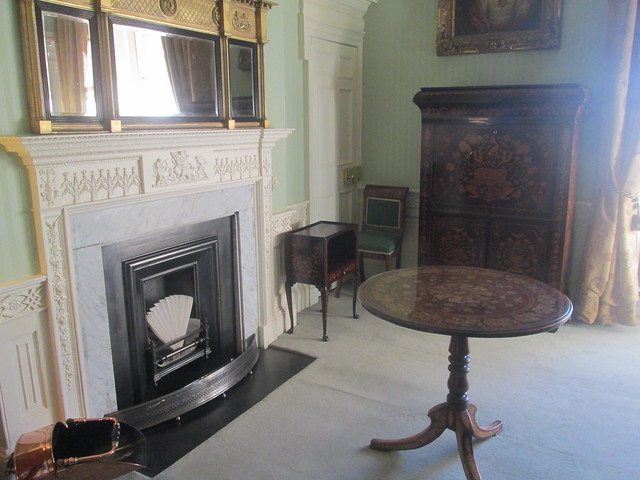 They were preparing for a wedding while we were there, hence the chairs in the photo below, so I had to be quick taking it. 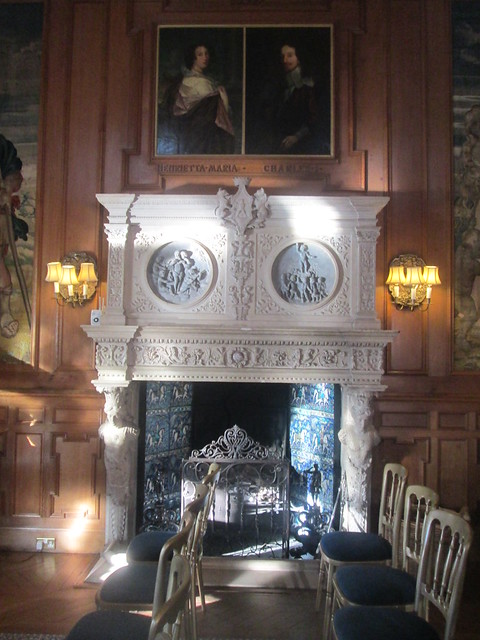 While we were ay Fyvie there were quite a lot of really small children there with their parents. One four year old French girl was diving around the place like it was a school playground. According to one of the guides this is normal behaviour for many families – and the parents just let the kids get on and do what they want, picking up objects and jumping on chairs. I thought it was bad enough when they allow kids to do things like that in IKEA! I feared for the Tiffany lamp at one point and was also worried that people might think I was with the child as there were no parents in sight. 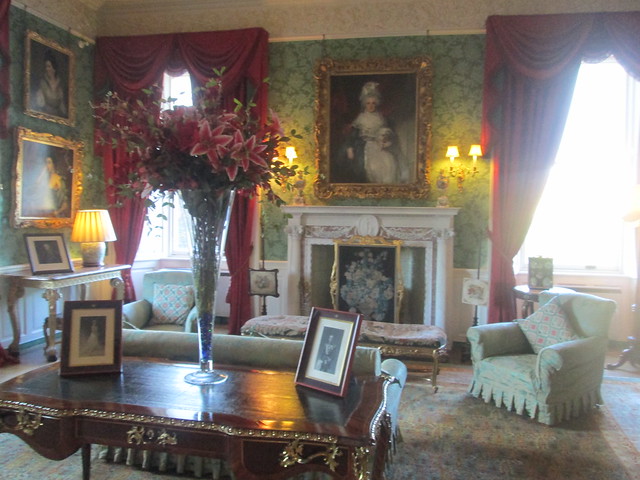 The Tiffany lamp is in the middle of the chest of drawers, underneath the tapestry, sadly you can’t see its intricate design well in this photo. 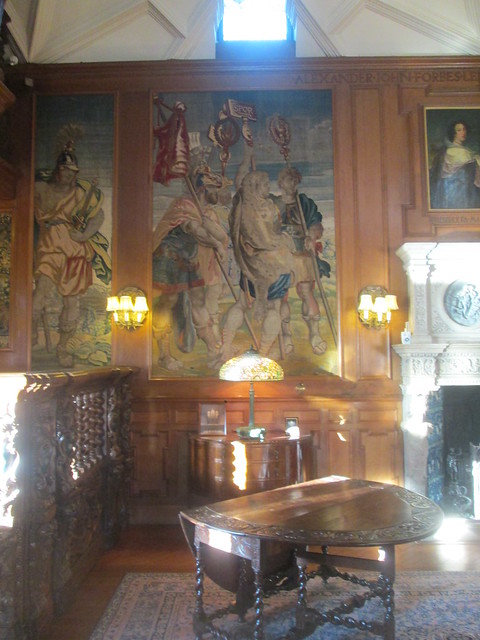 The day we visited Fyvie Castle it was very hot, I was saying – is it me, or is it really hot? Later that day the BBC weather chap said that Fyvie had been the hottest place in the UK, it was 19 celsius (66.2 F) I think, very hot for the end of October. Two days ago the weather man said that Fyvie was the coldest place in the UK at -7 celsius (19.4 F). I wonder if that was just a coincidence or if there’s something about the location that attracts weather extremes.

I still have a lot of photos of the interior of the castle, but that’s enough for now. 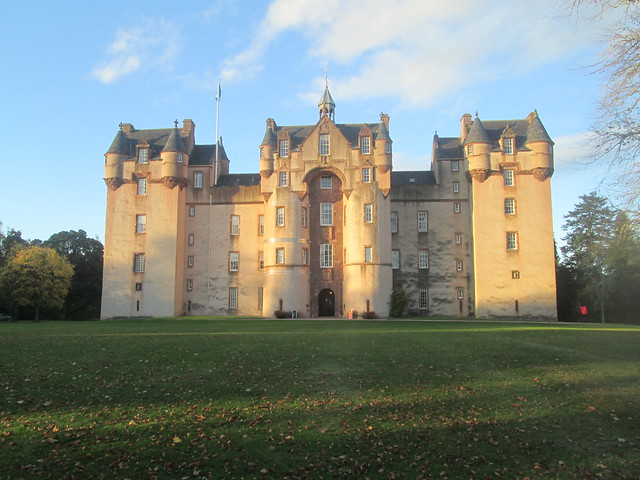 Towards the end of October we had a few days away in Aberdeenshire, the north east of Scotland, just for a change of scene, again we were very lucky with the weather. One of the castles that we visited was Fyvie Castle, as you can see it’s rather imposing and with its pepperpot turrets it has been influenced by French chateaux rather than the more brutal architecture of many English castles. 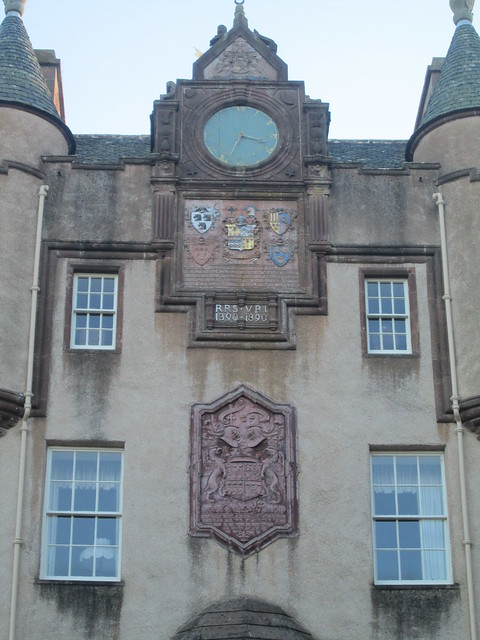 Fyvie Castle is now a Scottish National Trust property. It started its life as a royal castle though and Alexander II stayed here in 1222. There’s been a castle here since about 1200 but that one was probably just made of wood. By 1296 when the English King Edward I visited the castle while doing his worst to Scotland it was built of stone and over the years it has changed a lot, being constantly extended by the generations of owners. 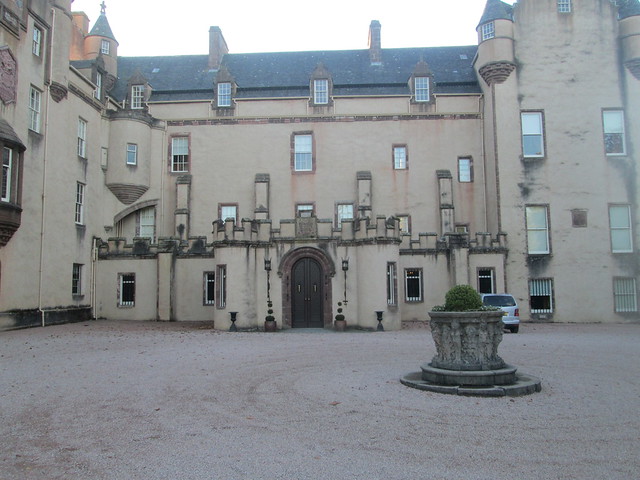 This castle is fully furnished, quite sumptuous in parts and luckily nowadays visitors are allowed to photograph most of the rooms, but I’ll leave the interior for another blogpost. 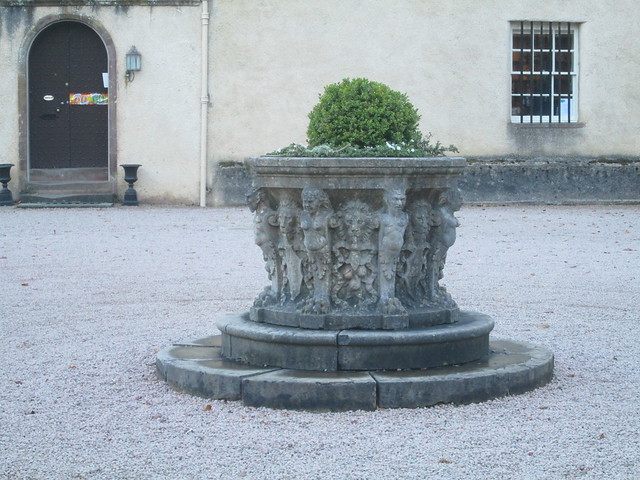 The castle design is now Scots Baronial as many of the previous occupants seemed to have a penchant for adding their own towers, it’s quite elegant I think. 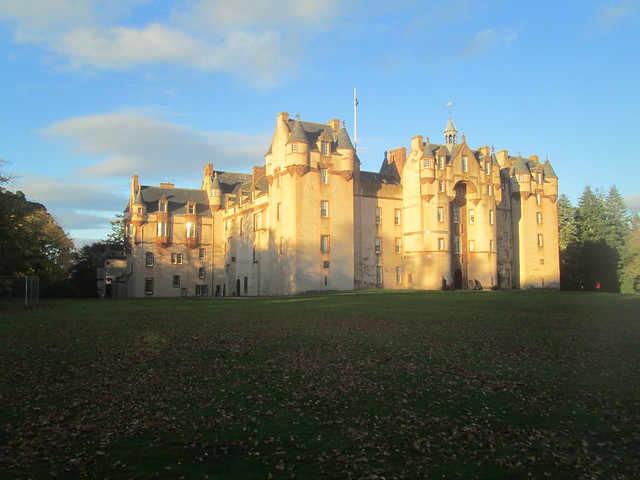