Just a quick one to say Happy New Year! I’m almost frightened to think ahead as last year I was hopeful that we would all be in a much better situation than we are now. I’m so longing to visit family abroad and just get back to the way things used to be, I’m sure you feel the same way too. Stay safe and well.

Like many people I’m fairly glad to see the back of 2017, but given the MAYhem that has been unleashed on us in the UK – I’m trepidatious about 2018.

But heigh-ho – onwards and upwards. I hope that 2018 will be a good one for us all, so Happy New Year to anyone who drops in on me at Pining.

Every year there’s a torchlight procession down Edinburgh’s Royal Mile on the 30th of December. I think we might take part in it next year – I’m told it’s good fun. 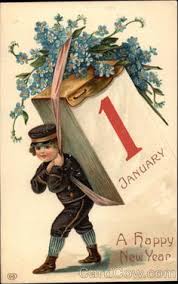 Happy New Year to everyone who visits this wee blog of mine. The past year hasn’t been a wonderful one globally, so let’s all keep our fingers crossed that 2016 will be better.

Due to unforeseen circumstances I haven’t been able to get around to writing about all the books I’ve read in 2015, and I had been intending to do a Read Scotland 2015 roundup before the end of the year. I hope to catch up early on in the New Year.

This year I read well over 100 books, but lots of them were from the local libraries, we were boosting their borrower numbers in an effort to stop the local council closing them, mind you they were all books that I would have got around to reading at some point, and I only cheated a couple of times and just took out a book with no real intention of reading it. But the decision to close had been made before there was even a council vote on the subject so it was all to no avail.

Anyway, in 2016 I plan to concentrate more on my own unread books, aiming to get through at least 50 of them and hopefully even more than that. I’m hoping to do some more cookery blogposts. I had planned to have a regular Foodie Friday post but that idea went to hell almost as soon as I thought of it, mainly because I didn’t get around to doing much baking, and also what I did do didn’t turn out that well. Maybe a ‘guess what it’s meant to be’ photo would be quite entertaining though! As Jack often says in those circumstances – It’ll be good with custard!