This blogpost is very parochial, being about the history and heritage of Kirkcaldy in Fife, a nearby town.

To mark the 50th birthday of Kirkcaldy’s Civic Society they have decided to choose 50 objects that relate to the town and its history/heritage, hoping to stimulate memories in readers which might lead to more information being gathered, information which might otherwise have been lost. You can see some of the ‘objects’ here, so far only 16 have been written about, but I know that the Spanish Civil War memorial just off Forth Avenue will be featuring in the list at some point in the future. That memorial has been on my mind somewhat recently as I’ve just finished reading Orwell’s Roses by Rebecca Solnit and obviously George Orwell was influenced by his experiences in that war. You can read Jack’s old blogpost about the memorial here.

I only have a few Kirkcaldy objects in my own varied collection of ‘stuff’. Actually I have quite a few old postcards of Beveridge Park, some of which you can see here. Below is another one which sadly is postally unused, but is of interest to me anyway because of the clothes. 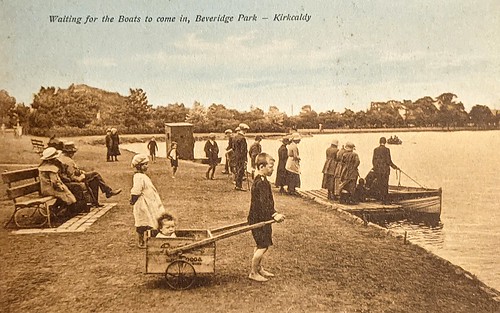 The Mauchline money box below has an image of St Brycedale Free Church, Kirkcaldy. This church is still in use but is now called St Bryce Kirk. In the past the politician Gordon Brown’s father was the minister of this church. 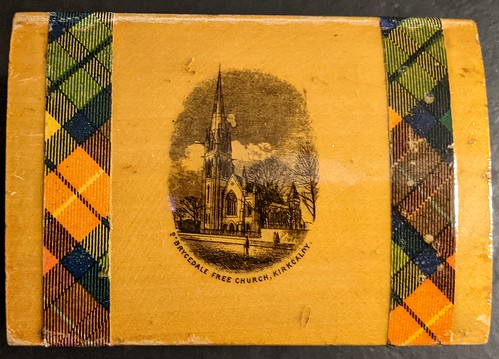