It’s officially spring now and a couple of days ago I took my camera with me on a walk around the Balbirnie Park in Fife. Originally this land was the Balfour family estate but now it belongs to Fife Council and it’s well used by the local people – walkers, cyclists and even now and again people riding horses as there are some bridle paths there. Get your walking shoes on and come with me! 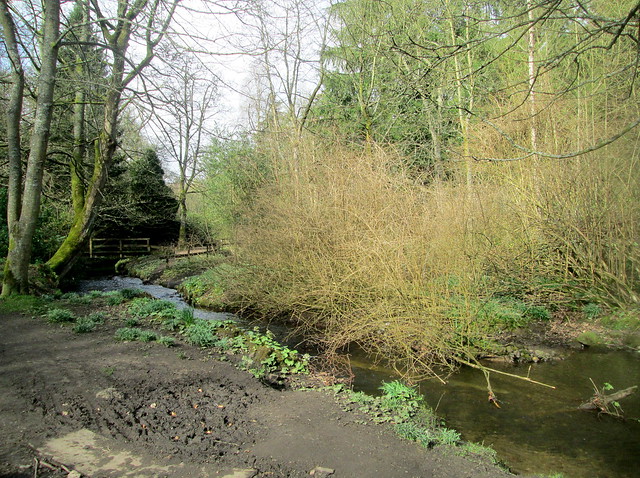 The wild garlic is really burgeoning now although only the leaves, so I wasn’t accompanied by its pungent scent, the flowers won’t be long in appearing now if the weather keeps mild. That aroma will probably assail me whenever I open the back door in a week or two. By the bye, I was at a ‘fancy’ food market last weekend and there was a stall there selling bunches of wild garlic leaves at £5 a bunch. At that rate the land around Balbirnie is worth a fortune! It’s good for making pesto, if you’re that way inclined. 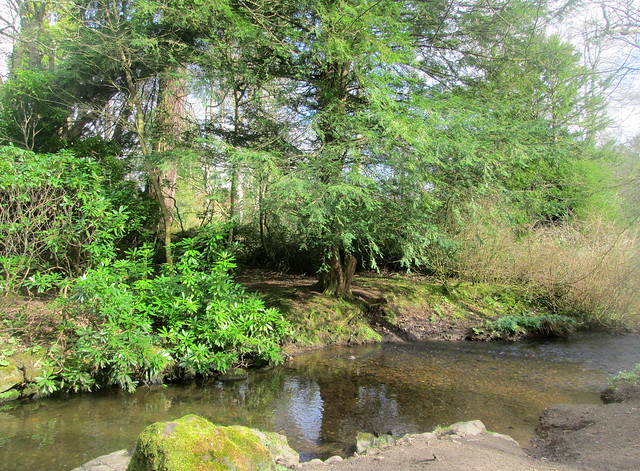 It’s a quiet walk, apart from the birds who keep up a constant chatter but are mainly in hiding. The Back Burn as this small stream is called is I suppose what attracted the neolithic people to settle in this area 4 or 5,000 or so years ago. You can see a post about their nearby stone circle here. 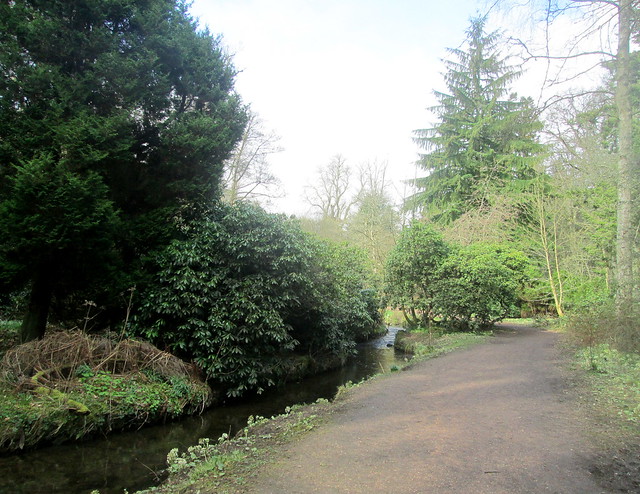 There are a few picnic benches dotted around but they don’t really detract from the essential wildness of the place. 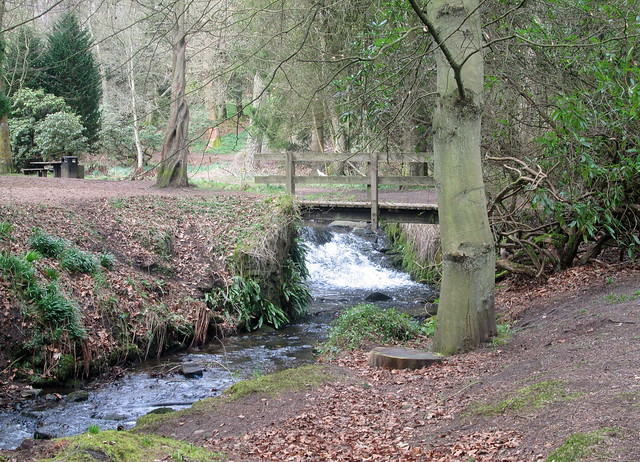 As far as I know there’s only this one giant redwood (sequoia) tree on the estate although as those trees were introduced to Britain around the time of the Battle of Waterloo they’re more commonly know as Wellingtonias here – in honour of the Duke of Wellington’s triumph in battle. This one doesn’t seem too large to me so possibly it isn’t actually a giant one. I suppose a lot depends on how old it is though. 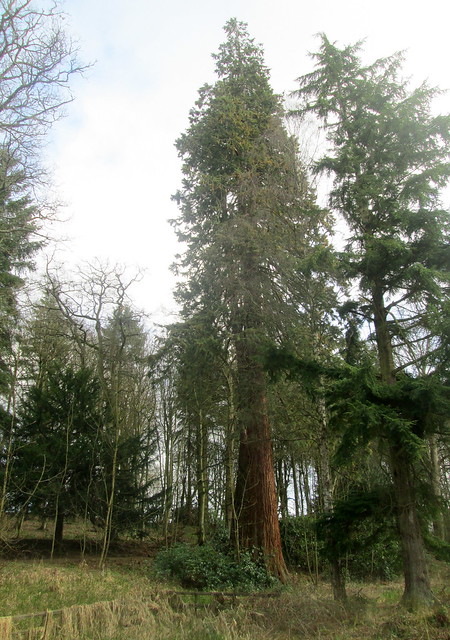 Hallelujah – the first rhododendron is in flower, as you can see this one is being propped up as it’s trunk wouldn’t bear the weight of its top. In common with many Victorian estates Balbirnie has lots of beautiful specimens, some of them quite rare and planted when there was a vogue for the next exciting thing to be found by plant hunters of the day, many of whom were Scottish. 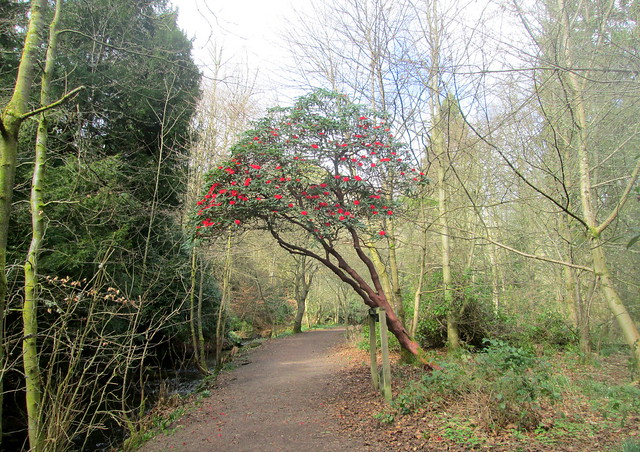 Well, that was just a wee wander along a part of the large Balbirnie estate, I hope you enjoyed the breath of fresh air and aren’t too tired. I went home and had coffee and a biscuit of course. Well I deserved it I think, but I wish I could offer you one too.

You can see more images of Balbirnie Park here.