To get down to the right hand side of the beach at Cove you have to walk through this tunnel. It was constructed years ago and goes through the cliffs. It was no mean feat to build it and it’s very dark inside, you just have to aim for the light at the end of it and watch out for the potholes. 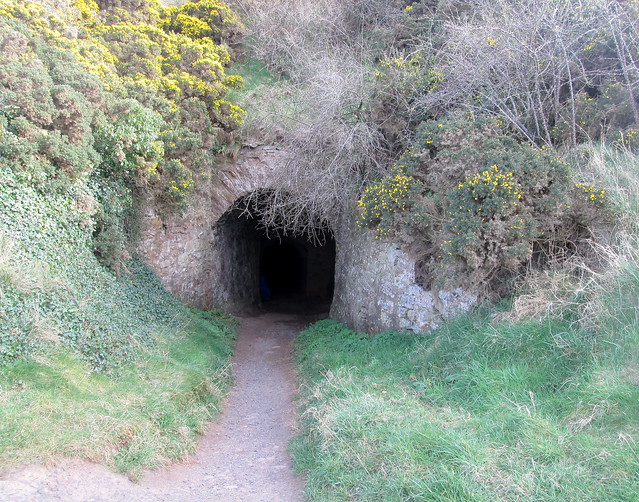 At the beginning it’s shored up with brick but I think most of it inside is just rough rock face, but as it’s so dark in there I don’t know for sure. 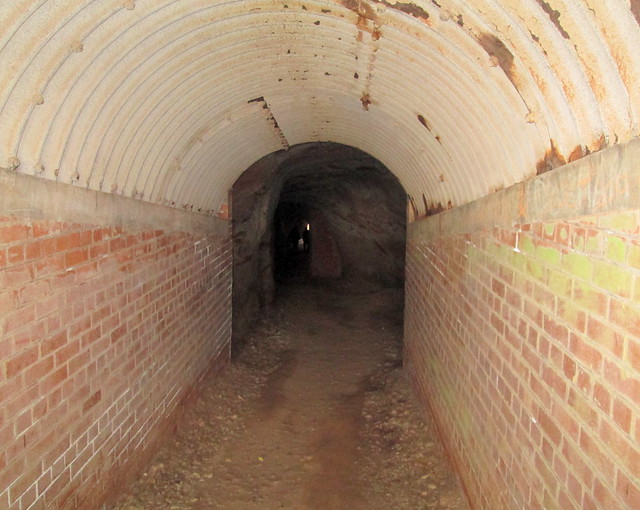 To get over to the beach on the other side you have to go back through the tunnel. These cottages are all that’s left of what had once been a thriving fishing community, all of the other cottages have been swept away by the sea. 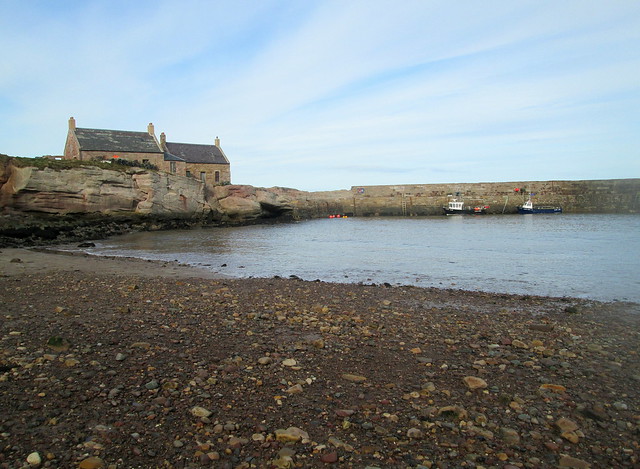 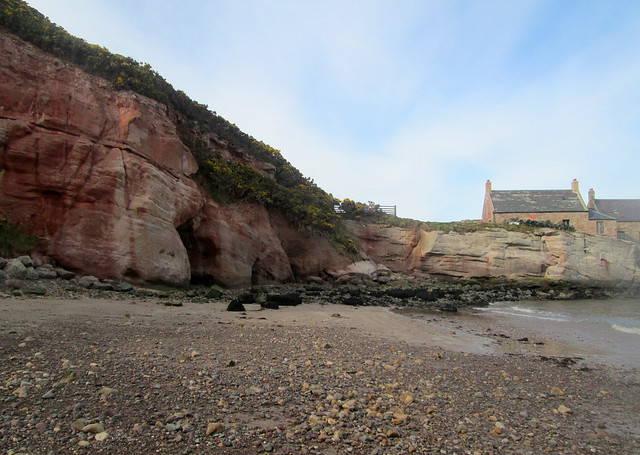 Thecottages are only used to store fishing gear. 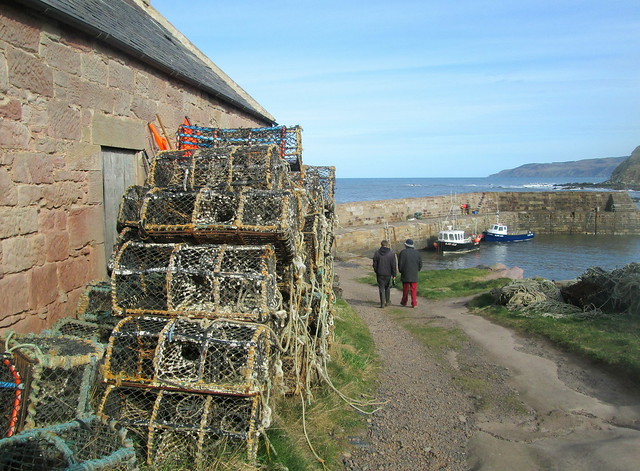 The houses below are bit more modern and set back from the seashore. I still wouldn’t fancy being in them during a storm though. 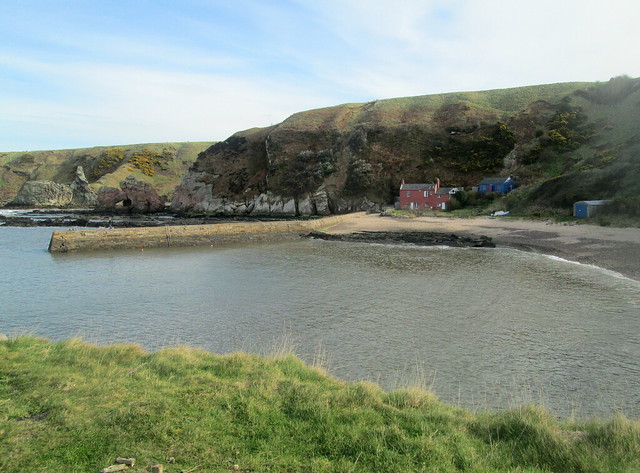 Looking closer you can see that the cliffs are well upholstered with gorse bushes, they fairly brighten the place and seem to be in bloom most of the year – just don’t fall into it! 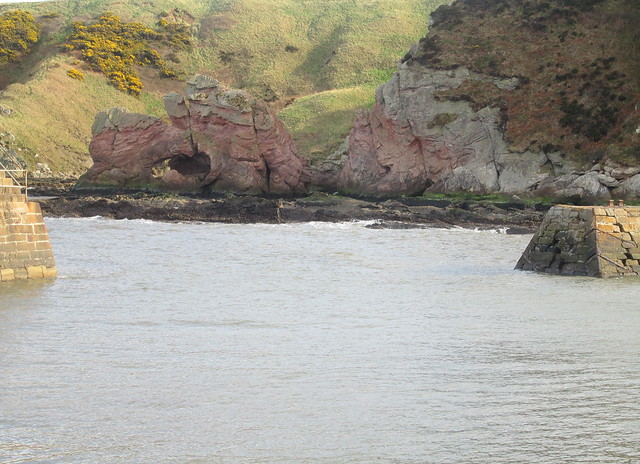 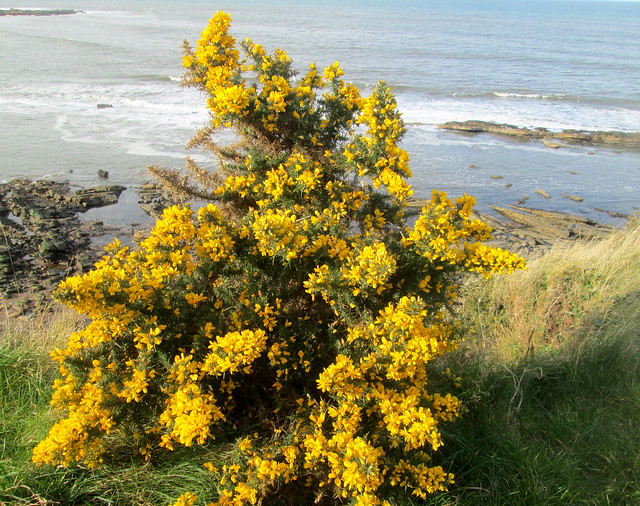 A train unexpectedly shot across a field. It’s many many years since I had toddlers walking beside me but whenever I see a train I still have an urge to point it out to them! 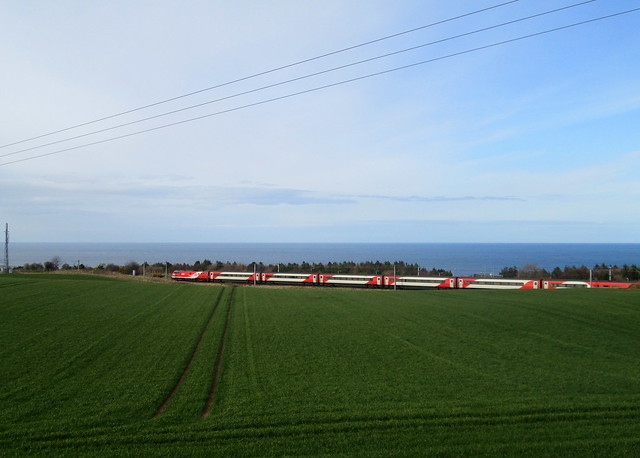 We walked back to Cockburnspath by a different route and came across this rather grand ram. When we first spotted him he was having a fine time attacking the hessian sacking wit his huge horns but he stopped to scrutinise us. Obviously we were more interesting, or just a welcome distraction. He was probably bored but seemed too aggresive to have any company in the field with him. 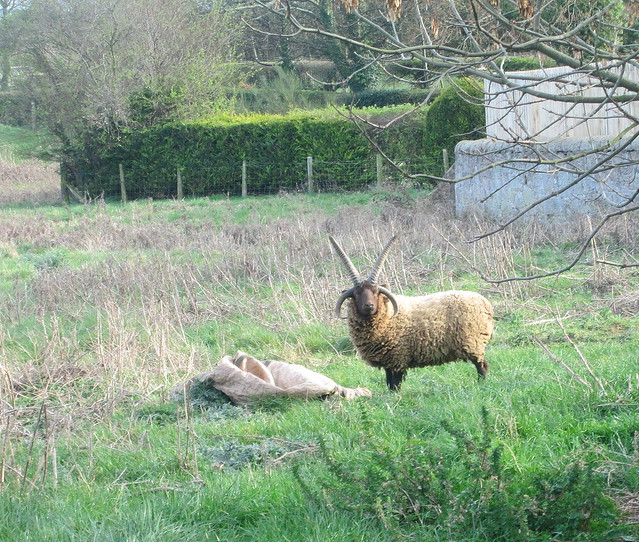 Just beyond the ram’s field are these farm buildings, very neglected and seemingly unused. Whenever I see places like this I just itch to put them to rights. I hate that farmers just let old buildings fall down. 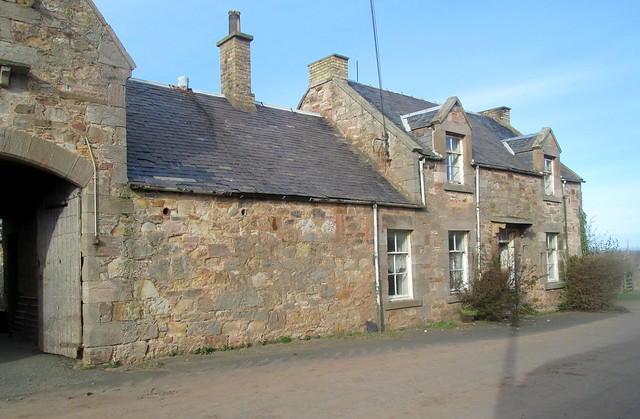 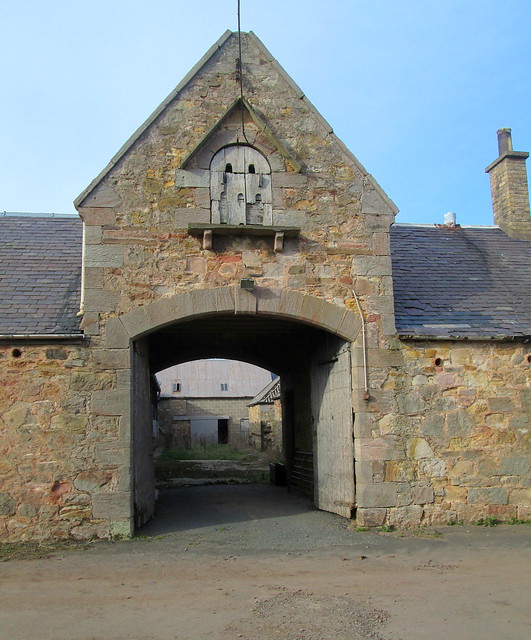 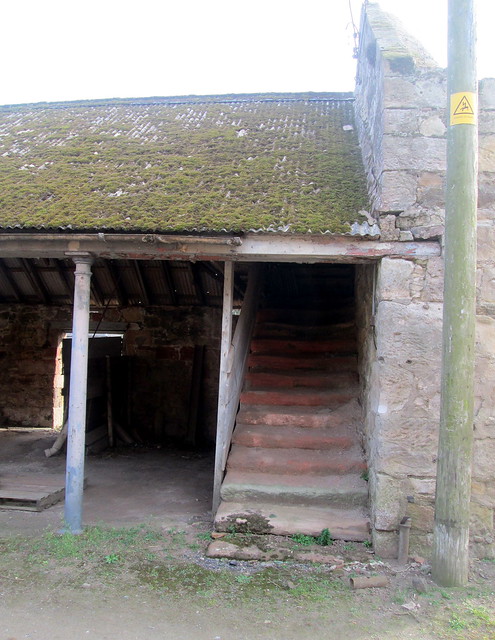 We walked along farmland paths 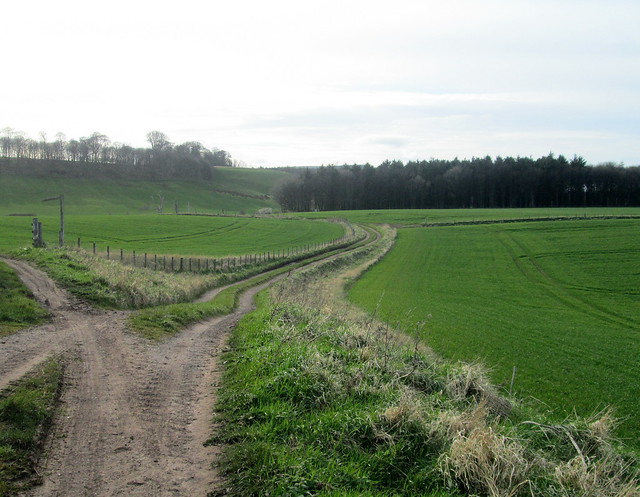 and then along the field margins. 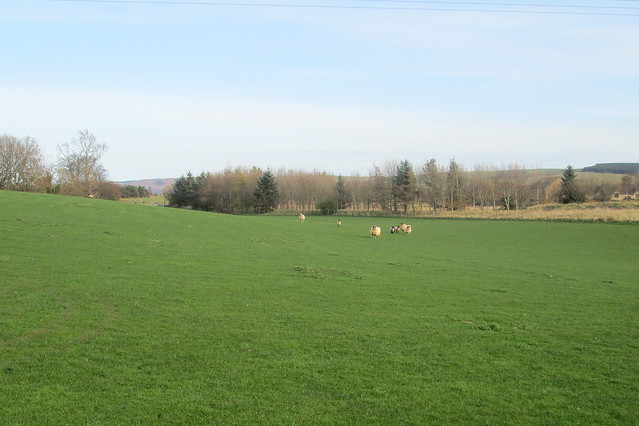 And back to Cockburnspath for a well earned coffee. 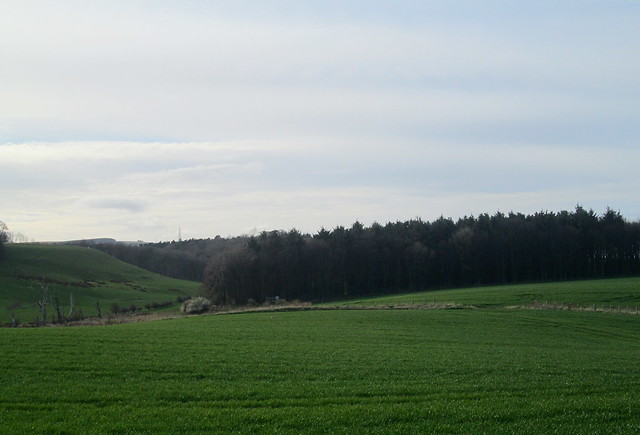