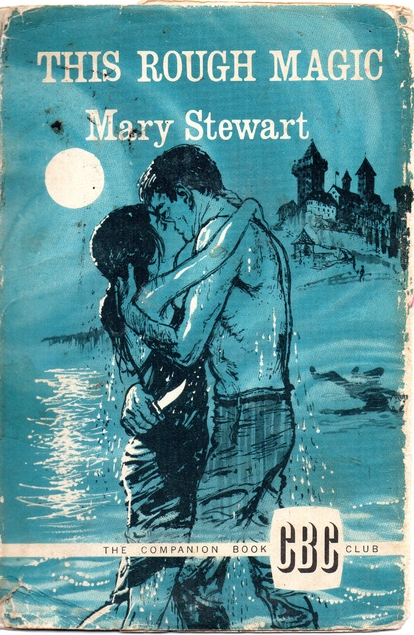 This Rough Magic by Mary Stewart was first published in 1964 and the setting is the Greek island of Corfu, where Lucy Waring, a young aspiring actress is invited to stay with her sister for the summer. Her acting career has come to a bit of a halt so it’s an ideal opportunity for her, especially when she discovers that her sister’s neighbour is a famous thespian Sir Julian Gale. His son Max is staying with him, in fact it seems that Sir Julian isn’t in the best of health.

It’s a wee bit of an English enclave on that part of the island, there’s also a photographer who is working on a book of photos of the island and its animals and a dolphin features fairly prominently. But there’s plenty of local colour and of course romance.

Corfu is apparently supposed to be the setting for Shakespeare’s The Tempest from which Stewart took the title for this and which is one that I’ve been intending to read for absolutely yonks now, and I really wish I had got around to it as there are so many quotes from it in the book. Mary Stewart was really well-read.

I enjoyed this one, there’s plenty of suspense although I don’t think it was quite as good as Nine Coaches Waiting.

I read this one for the Read Scotland 2017 Challenge and 20 Books of Summer. 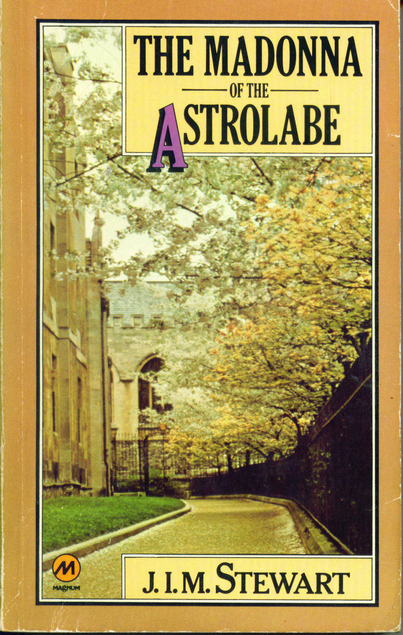 The Fair Miss Fortune by D.E. Stevenson was published by Greyladies in 2011, it was one of those books that D.E. Stevenson’s agent couldn’t get anyone to publish back in 1937 when she wrote it. At the beginning of the book there’s a correspondence between Stevenson (under her married name Peploe) and Mr Curtis Brown, her agent. He was explaining to her that publishers felt that the book was a bit too old fashioned as it featured identical twin sisters and mistaken identity. Having read the book I can see what the publishers meant, but on the other hand it’s a mildly entertaining read of the marshmallow or fluff variety.

The village of Dingleford in England is peopled by the usual widows, bachelors and retired army colonels, it is of course a time when Britain still had an empire so one of the bachelors is home on leave from the army in India.

When Jane Fortune appears in the village with the intention of turning an old house into a tearoom, helped by her old nannie – she quickly attracts the attention of two young men. They are a bit perplexed though when they realise that she doesn’t seem to be quite the same person as they had met before, and often seems not even to know them.

Throw in a truly ghastly smothering, selfish mother of a grown up son and and you have a reasonable light read, but this one doesn’t have the serious social aspects of some of her later books. It’s still entertaining though for when you can’t concentrate on anything too heavy.

I read this one for the Read Scotland Challenge 2017.