I’ve been waiting for quite a wee while in a library queue to get my hands on Louise Penny’s new book Glass Houses, and it was worth the wait as it was another enjoyable trip to Quebec and the loveable village of Three Pines in particular. Armande Gamache had of course retired to the quaint and friendly village (despite the previous murders) it’s now home to him and his wife Reine-Marie. But he’s back at work now and having to testify in court in a homicide case where he was the arresting officer. It’s July and the heat is unbearable, especially for the judge and lawyers in their gowns and wigs. Everyone is fanning themselves with paper in a vain effort to get a waft of cool air, this part reminded me very much of the court case in To Kill a Mockingbird.

But the incidents that led to the court case took place in the freezing Quebec winter, and through the case we’re taken back to that time. Gamache has had some very difficult decisions to make, going against everything he has been taught about being a good Surete officer. There’s a massive drug ring bringing opioids through Canada and into the US and on top of that there’s been a murder in Three Pines.

It’s all very topical as opioids have in recent years caused havoc in the US but for me the murder/mystery aspect of this series isn’t necessarily the most important part. The close knit community of the villagers of Three Pines and their activities mean that reading these books is like being in the company of good friends. Everybody should have a Ruth and Rosa in their lives.

There was one thing that perplexed me, the nursery rhyme Ring a ring a’ roses which was apparently inspired by the Black Death/plague is mentioned quite a few times but where the words in the UK are ‘atishoo atishoo we all fall down’ – they’re written in this book as ‘ashes ashes we all fall down’

I’m left wondering if in Canada the word ‘ashes’ is used to denote a sneeze. I know that in Germany they say/write ‘atchi’ or hatchi’ for a sneeze, but ‘ashes’ seems strange to me. Can anyone enlighten me?

If you read this book make sure that you don’t skip the Author’s Note at the end where Louise Penny explains that her writing and Three Pines and its inhabitants helped her as her husband’s life was coming to an end, he had had dementia. It’s very moving. 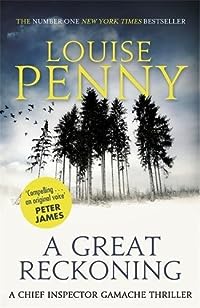 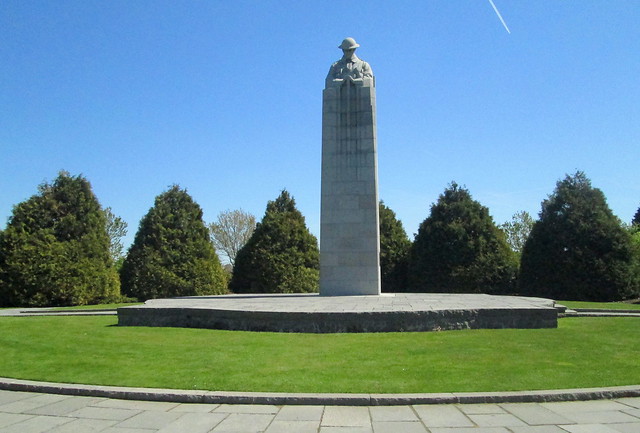 In these long days of winter and especially in the horrible weather we’ve been having recently I’ve been watching TV, even in the afternoon sometimes. In fact this afternoon was one of those days when I drew the curtains at 3.30 because it was just so dark and dreich (dismal) that the best thing to do was just shut it all out.

I scrolled down the TV menu and was amazed to see the words Three Pines – could it be the same Three Pines I wondered? And amazingly it was – Still Life. I’m not even sure that I knew that they had made a film of one of the Louise Penny books. I was/am puzzled though as to why they chose an English actor (Nathaniel Parker) to play Armand Gamache. Anyway I enjoyed it although of course inevitably it had been sanitised,, especially Ruth Zardo, who was nothing like the anarchic character in the book, but fair enough, they couldn’t have an old lady in a film ‘effing’ her way through life as she does in the books.

Otherwise I’ve been enjoying watching Capital, which is intriguing.

Also The Detectorists. That Toby Jones chap is getting around!

The Last Kingdom has been a must watch for us, it’s historical and thankfully it’s not the Tudor period. It’s King Alfred and Vikings, I’m unsure whose side I’m on!

Doctor Who is also a must watch but this series is bizarre. Each time I think it’s getting better, it is followed by a distinctly weird episode.

London Spy has turned out to be a good spy/thriller series even although it is obviously based on something which was in the news a few years ago, involving a spy who was into weird sex – it’s fine once you get past that bit.

Well that’s what I’ve been watching recently, have you seen anything else which is worth watching? 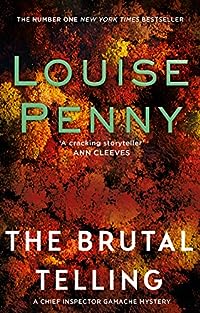 The Brutal Telling by Louise Penny is the fifth book in her Armand Gamache/Three Pines series, and I think that this one is the best yet. I thought it was a cracker, I don’t know if that is because I had lots of time for reading so I was able to read it in about three sittings, despite the fact that I’m really not a fast reader as I don’t skim read. Or maybe this really is the best so far.

I was just beginning to think that Three Pines is the Quebec equivalent of Midsomer Murders when one of the characters – Clara says: Every Quebec village has a vocation. Some make cheese, some wine, some pots. We produce bodies.

So, Three Pines is beginning to feel like a home from home for Chief Inspector Gamache. It should be a nightmare of a place to live in but the community is so close and the inhabitants so quirky and flawed that it feels like real life, after all, nobody is perfect.

I can’t say too much about the story because I don’t want to spoil it for any possible readers. Suffice to say that the body of a tramp is found in the bistro, he’s a complete stranger to everyone and Gamache has the job of finding out who he is and why he has been murdered and put into the bistro overnight. The lives of all the locals are turned upside down as the police search everywhere for clues. The loyalties of the locals are pushed to the edge.

Ruth Zardo, the elderly poet who is rude and foul-mouthed to everyone, and who is accompanied everywhere by Rosa her pet duck, proves herself to be the opposite of the personality which she works so hard to project.

I’m so glad that I took the time to request these books in order from the library as the lives of the characters unfold bit by bit and there’s always something new to find out about them.

Still Life by Louise Penny was published in 2005 and it’s the first book in her Three Pines series. I got to this one late because I ended up reading book 3 first, just because I wasn’t patient enough to wait to get it from the library. I know, I’m always saying that I’ll not read books out of sync again, but there you go!

I ended up buying this book because it is now unavailable from Fife libraries. It’s not that I’m dead against buying books but I’m trying not to buy them at the moment, until I read some of the ones in my piles, and I’m also trying to use the libraries more as I don’t want them to close down, some local ones are still under threat and I’m doing my best to keep their borrowing numbers up.

Anyway, back to Still Life, I really enjoyed this one, it was lovely to see the birth of the Three Pines community which is in Quebec and to understand some of the frictions involved in living in French Canada for those who aren’t French Canadian.

Early one morning a popular member of the village is found dead in a wood. Who would possibly want to kill the elderly lady? Perhaps she wasn’t murdered but was the victim of a hunting accident. Chief Inspector Armand Gamache is called in to investigate and he and his team soon find that the idyllic looking community isn’t all it seems.

This book cleared up some questions for me, such as what was the problem with Agent Nichol? a really unlikeable character. In fact Three Pines isn’t a stranger to odd characters and it’s probably that which makes it seem like such a realistic setting. I found myself wondering what on Earth Clara saw in her husband Peter who seems like an arrogant insensitive pain – and then suddenly he redeems himself, making the whole relationship completely believable. Now I’m waiting for number 4 in the series. Thanks Joan, for pointing me in the direction of this series.