Hill of Tarvit House is a mansion house about ten miles from where I live in Fife. It’s a Scottish National Trust property that we’ve visited several times before, but not since the SNT decided that interior photography would be allowed.

The photo below is of the main hall with its lovely wood panelling on the walls and ceiling. The chandelier looks dazzling in this photo but it’s actually quite a dark room, mainly to protect the very old tapestry that can be seen on the back wall. 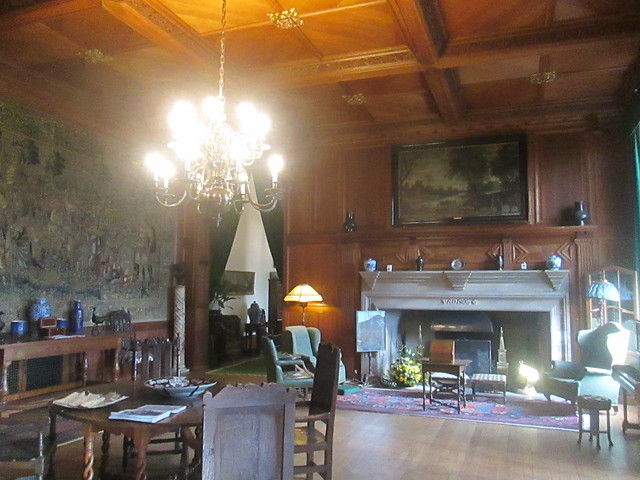 The staircase comes off the hall. 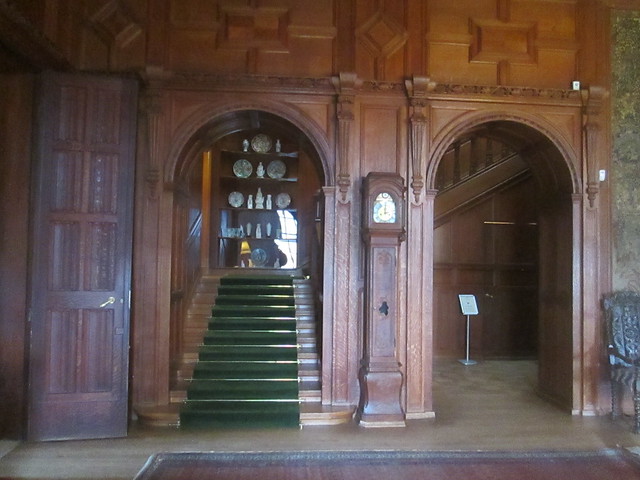 The sitting room in the photo below is also just off the main hall. This property ended up being handed over to the Scottish National Trust because the man who would have inherited it from his parents died in a very well known train crash, he was on the train going to meet his fiancee to take her to his family home. Sadly he was an only child. 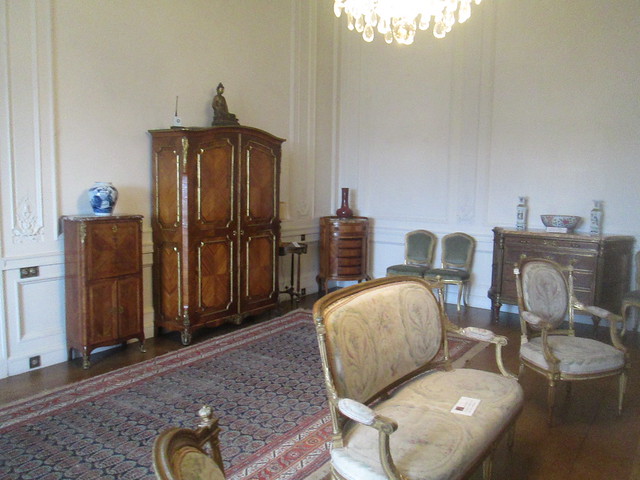 This is an Arts and Crafts house and I think it’s the most homely of any of their properties that I’ve explored. A lot of the small contents are the sorts of things that can be seen at antique fairs, so there’s not a lot that seems too precious. Below is a photo of the library, quite cosy really. 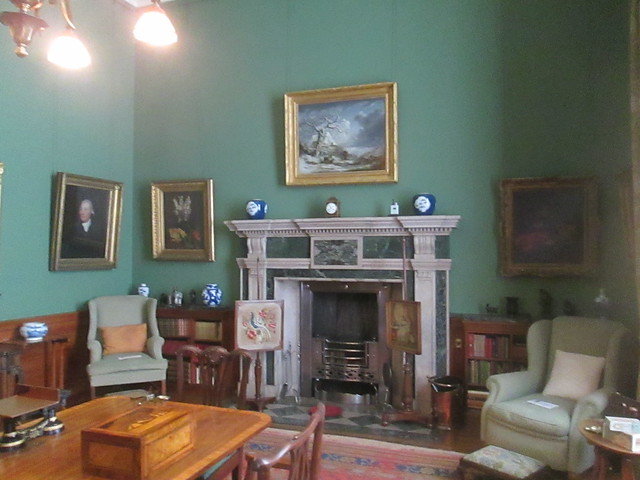 The other end of the library. 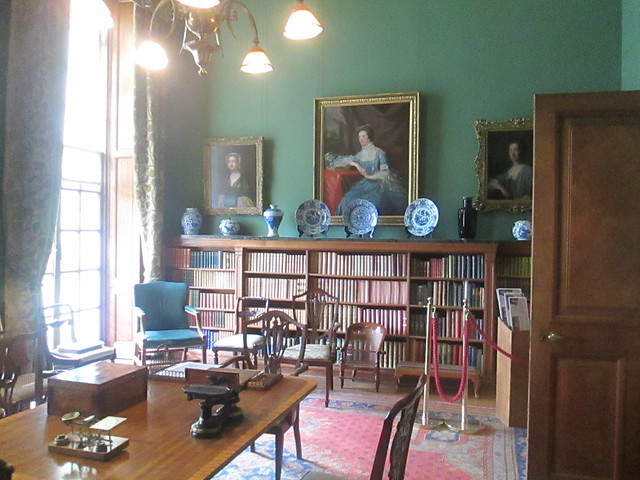 And a close up of some of the books in the house, I don’t know if you’ll be able to make out any of the titles though. Isn’t that lampshade ghastly! 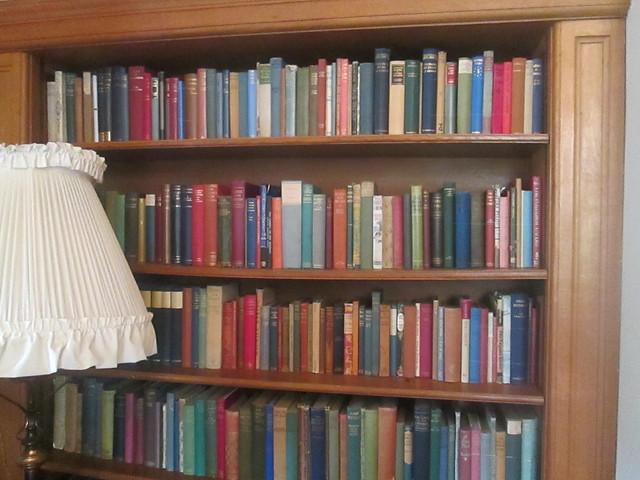 Below is the built in cupboard in the butler’s pantry. It has some local pottery (Wemyss ware) in it which in its day was not too expensive, but it is now, mainly because the Queen Mother was a keen collector I think. 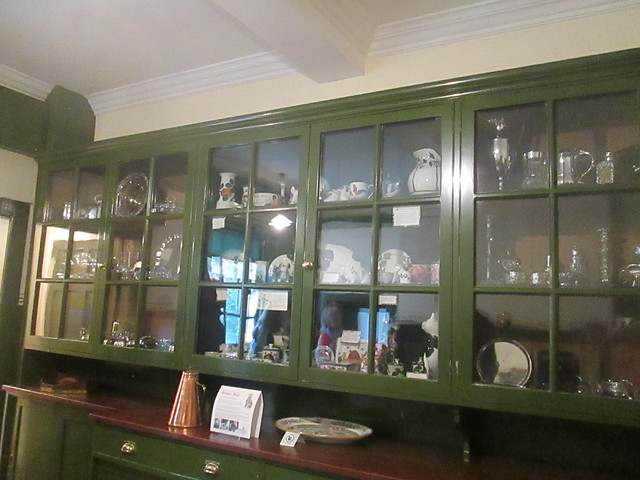 The owners were friends of Sir William Burrell of Burrell collection fame and some of the contents of the cabinet below were wedding gifts from him. 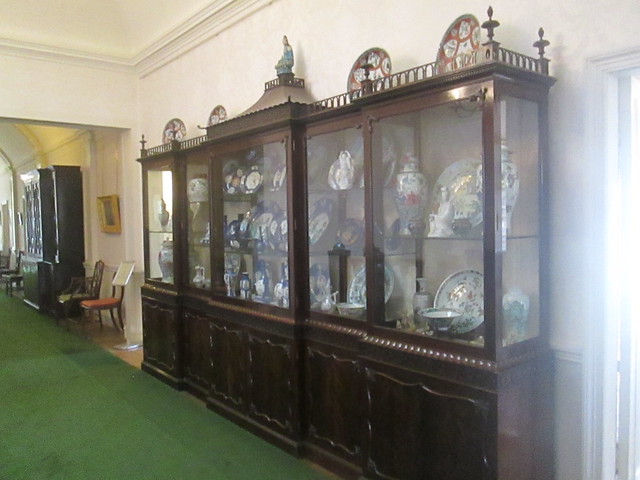 It’s difficult to get a photo of the whole house, below is the best I could manage. 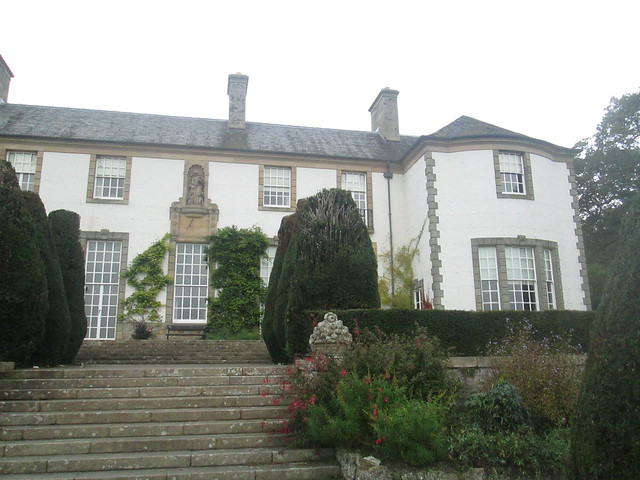 The garden isn’t huge although there is a croquet lawn which is often in use, it’s surrounded by some really scenic countryside/farmland though which you can see here and here in two previous posts. 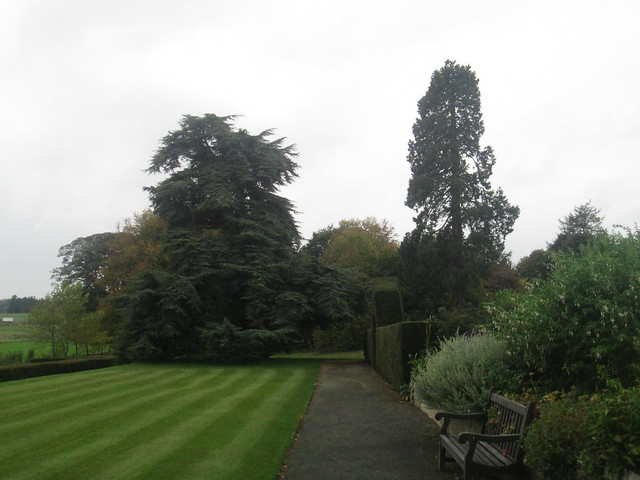