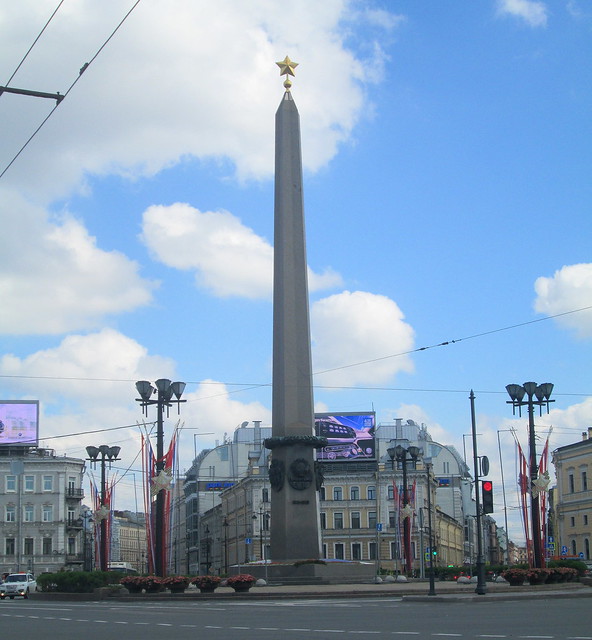 Over the last couple of days we’ve had the commemorations of the D-Day landings which were attended by the leaders of the allies and also by the German leader, Angela Merkel. But there was apparently no invite for President Putin, despite the fact that they were definitely our allies and if Hitler hadn’t taken on more than he could handle when he attacked Russia it’s almost certain that we would all be speaking German now. It was a close run thing.

I’m definitely not a fan of Putin, but given the fact that the Soviets lost more people in the war than anyone else, it seems mean and petty to leave them out of the memorial services. So I thought I’d show you a couple of photos of the War Memorial at the top of Nevsky Prospekt which is St Petersburg’s equivalent of Paris’s Champs Elysees or Glasgow’s Sauchiehall Street. 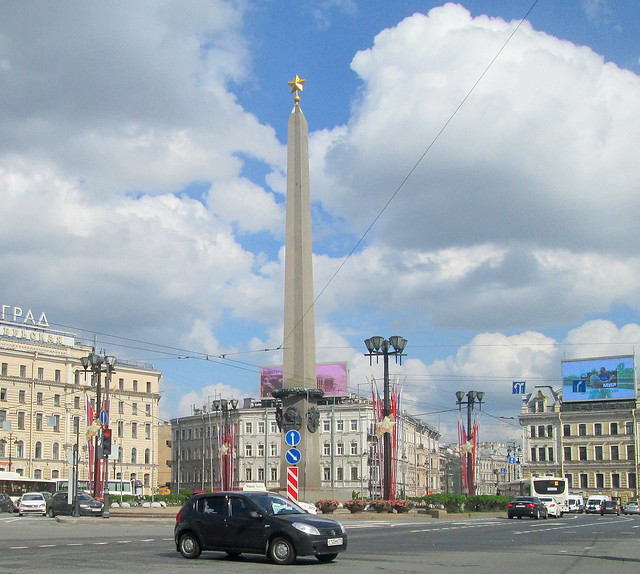