We sailed into Lorient in Brittany on a Monday. Apparently shops in France shut on a Monday. I’ve spent a couple of holidays in France before and I don’t recall that at all, although they did have what seemed to us to be bizarre opening times. In Britain we just assume that shops should open at 9 am and close at 5.30 pm but it isn’t like that in other parts of the world. You would have thought though that any town that has a cruise ship containing nearly 1,000 passengers docking within a very short walking distance from ‘centre ville’ that the business owners might think it was a good idea to open up the shops, just for that Monday, but hmm, they don’t seem to think like that in France. The only shops open were bakeries and pharmacies. I think that France must have the biggest number of pharmacies of any country in the world. The photo below is of a typical street, complete with very tall plane trees. Well, I think that’s what they are. 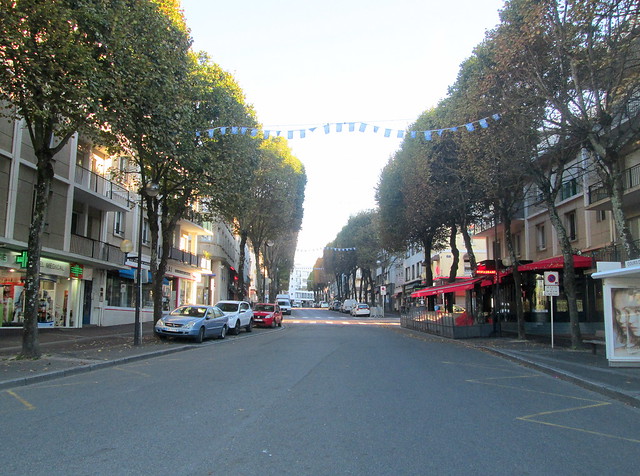 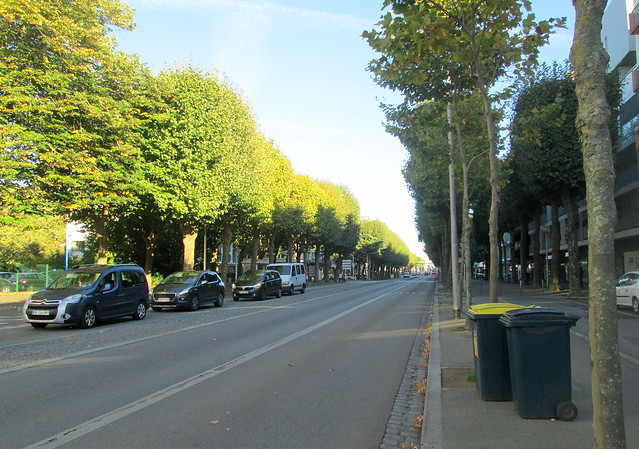 Anyway, it was just nice to be able to stretch our legs properly after getting off the ship and Lorient is a lovely town – for window shopping. If I had known the town would be shut we would have arranged to go on one of the arranged trips to nearby Quimper, where that charming pottery originates, oh well, maybe next time we’re in that neighbourhood we’ll go there.

Below is a photo of the Hotel de Ville, I love fountains, I don’t know why we don’t have as many in the UK. 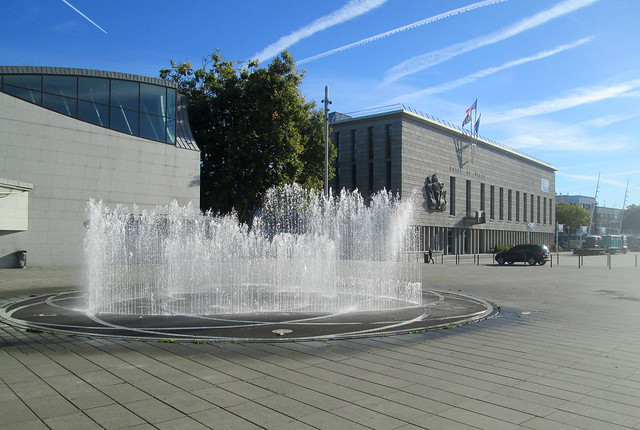 It has a rather snazzy looking modern theatre. 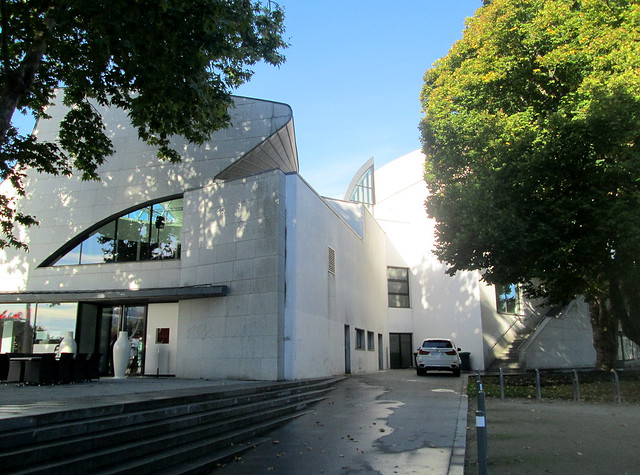 Most of Lorient is quite modern, it was badly bombed during the war in 1943-44, but the Hotel Gabriel and tower below are quite historic. The Germans had their U-Boat headquarters in Lorient so it was always going to be a big target for the allies, they apparently dropped leaflets prior to the bombing campaign advising inhabitants to get out. It’s quiet depressing how nothing seems to change where human beings are concerned, we – or should I say – the powers that be just never learn and ordinary people just have to suffer it all. 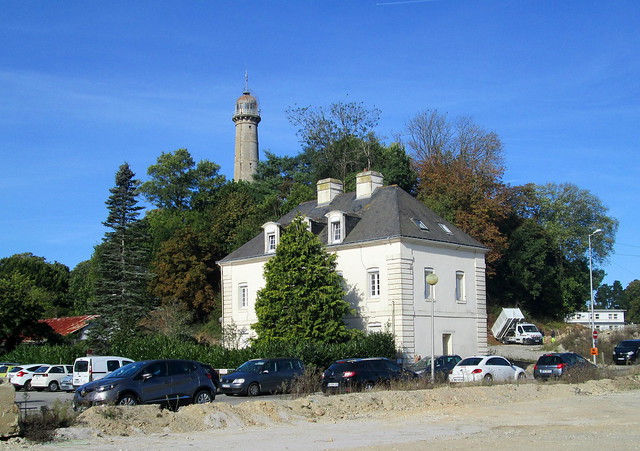 Despite being disappointed at fetching up in a more or less deserted town, it was only at this time that I began to really enjoy the cruise. The weather wasn’t great, it was quite chilly and we even got a wee smattering of rain, but Lorient has some beautiful planting and fountains and is obviously quite a wealthy area, going by the huge amount of yachts and boats moored there. The photo below shows just a tiny fraction of them. 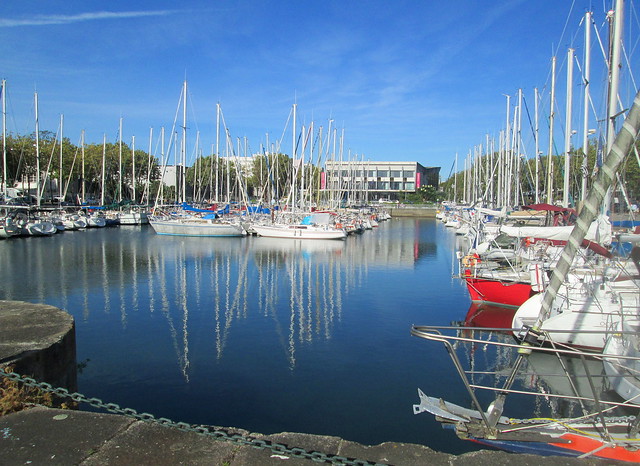 There’s quite a lot of art deco inspired modern architecture around. I especially liked the porthole windows in the building below. 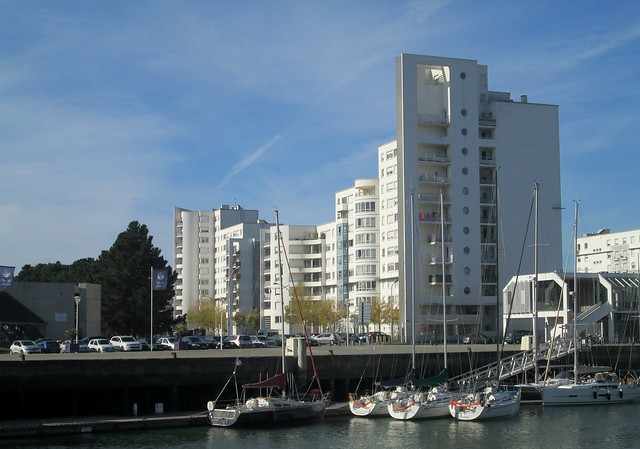 As we were leaving port on the Black Watch there was a nice looking wee town across the river from Lorient. I think it’s called Locmiquélic. 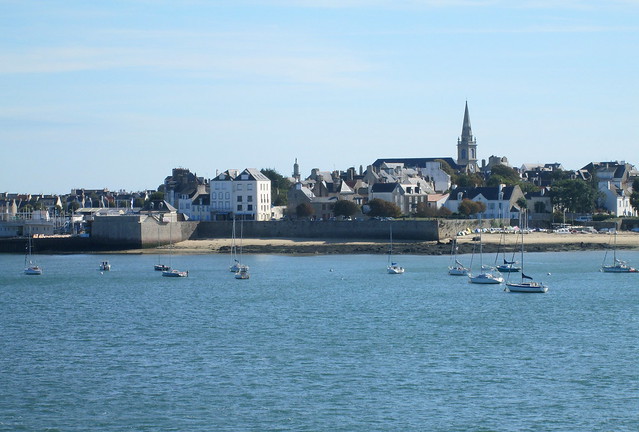 Tomorrow we’ll sail via the Bay of Biscay to Getxo in Spain, the port for Bilbao, where things get much better.

Last Saturday was a lovely day and as we tend to think that every good day should be treasured and not taken for granted, we decided to visit Newburgh and have a walk around. We had been there before but had really not been further than the main street.

We were kind of thinking that it might be a possibility as a place to retire to but on second thoughts it’s just too remote and far from what I regard as civilization (Glasgow) even further north and no nearer the west. If you take a look here you’ll see that it’s right at the opposite end of the county from Kirkcaldy and is on the River Tay. The riverside is well maintained with a nice picnic area and some lovely trees. I was quite impressed with the place, they had obviously had a bit of a shindig in the community centre for the Royal Wedding the day before. So I think there must be a good community spirit there. The locals seemed to be friendly which is very unusual in Fife and Fifers are quite happy to admit that themselves. The saying in Scotland is that ‘It takes a lang spoon tae sup with a Fifer’. In other places the word Fifer is replaced by Devil! The town is surrounded by quite nice hills and the River Tay is well used by local yachtsmen, which looked good fun. The Tay is looking manky at the moment or maybe it’s always like that there, in which case the city of Perth must be responsible for the muck because at Dunkeld which is north of Perth the Tay is lovely and clear. So, the hunt continues!