I freely admit that I’m a real coward when it comes to reading new authors and that’s just one of the reasons why I read Jo @ The Book Jotter. Jo definitely comes under the category of brave reader because she’s happy to try out unknown quantities. 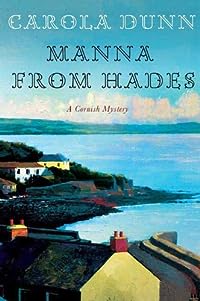 So when I saw a Carola Dunn book in my library called Manna From Hades I was happy to borrow it in the knowledge that Jo is quite keen on her books. This one is set in Cornwall and that’s always a plus for me too.

I also chose a book by M.C. Beaton called The Skeleton in the Closet for the same reason. I hadn’t realised that Beaton wrote the Hamish Macbeth series, mind you, I didn’t even watch that when it was on TV. 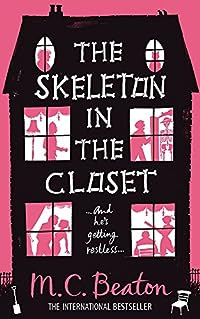 Then I got to the reason why I was at the library at all – Alexander McCall Smith, he’s writing his books too damn fast as far as I’m concerned, with the result that I have some catching up to do in the Scotland Street series. I borrowed the two which I haven’t got around to yet – The Importance of Being Seven and Bertie Plays the Blues. So I’m going to be busy with library books when I should be making inroads on my book piles at home. I’m looking forward to them though. 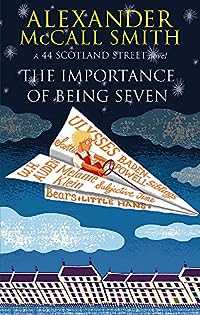 It seems that there are a few libraries around which are being refurbished at the moment. I spotted a small notice on the library door which said that it is going to be closed for more than a year! 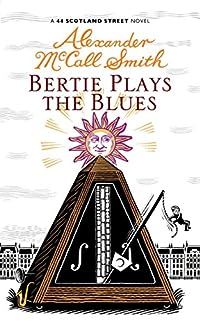 You know what it’s like when a favourite tasty-bite has that dreaded slogan on it New Improved Recipe – well my heart always sinks when I read that because it’s almost always a change for the worse, probably because they’re using inferior and cheaper ingredients. I bet something similar happens to my library, it’ll be gutted and modernised and what is left of its original Victorian character will be scrubbed out, and all at great cost. I thought that local councils were supposed to be trying to save money in these dire economic times!

It has occurred to me that I might not have to see the effects of the modernisation because if everything goes to plan we’ll be living in another part of Scotland by then. Meantime a couple of the many empty shops in the High Street are going to be turned into a library for the duration of the refurbishment, I suppose it has the advantage that it will be central.