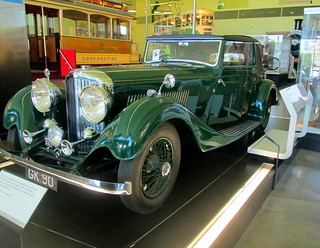 It’s just a short walk from the Crowne Plaza Hotel to the Riverside Museum, and a very pleasant walk it is too on a sunny day, along the Clyde Walkway. 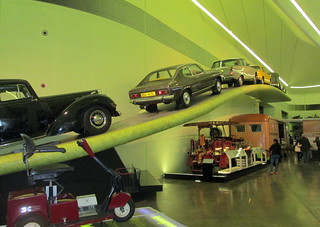 I used to visit the old transport museum quite often when it was housed at the Kelvin Hall and I was surprised that the new museum seems smaller than that one. On the other hand they have a lot packed into it, because as you can see above and below, they have layers of displays of vehicles which are cunningly affixed to the walls. 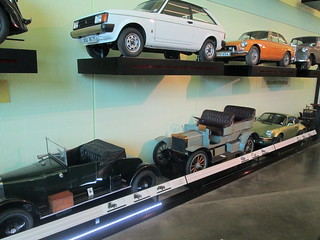 It isn’t only transport which you can see though, there are also displays of clothing from Edwardian to the 1950s and various other bits and pieces and of course a mock up of an old street, just as there was in the original museum, with old shops which you can go into. Trains, trams, motorbikes, fire engines, horse drawn carriages, even mobility scooters feature in the museum and of course there’s a sailing ship anchored at the back of the museum. 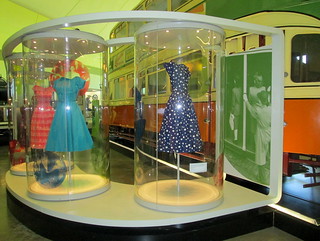 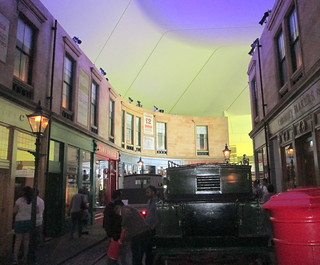 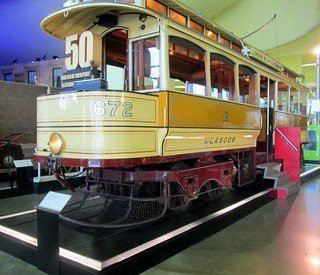 I was particularly pleased to see the original Peace Camp caravan which had been parked opposite the nuclear submarine base at Faslane for years. After all, it’s part of Scottish history and we drove past it often as we lived nearby in our young days. The peace camp was set up in the 1970s by people who were against nuclear bombs and didn’t want anything like that on Scottish land or water. Every time we went past this caravan at Faslane Peace Camp my father-in-law would huff and puff with fury – what an eyesore that is – why are they allowed to park it by the roadside? – it’s a blot on the landscape! 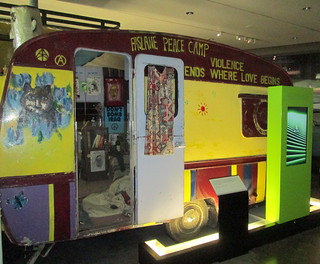 He was an old Tory but even so, his reaction always amused me as I looked at what was on the opposite side of the road – miles and miles of enormous razor wire fencing surrounding what is genuinely a beautiful landscape, completely spoiled by the Ministry of Defence who saw fit to dump nuclear weapons in Scotland, when nobody here wants the ghastly things. 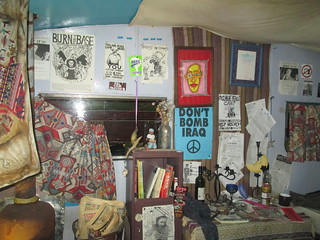 Apparently the peace camp is still there, with newer caravans, but it’s ages since I’ve been along that road. I would really like a caravan like this one for my garden though, it would be better than a summerhouse, but I don’t think it would be very easy to get it over the fence.

The car below was made at the Argyll Car Factory which was near where I was brought up. The car factory didn’t last long though, they were just too expensive and the factory itself had been so expensively built, the staircases inside were made of marble! it looked like a palace, not a factory and I know this because when my dad’s wee shop in Glasgow was flattened in the 1960s he ended up working in this factory. It must have been hellish for a man who had always been his own boss, by then the factory was government owned, making torpedoes of all things. Dad just pushed a pen there, I suppose it was what people have to do to get food on the table for the family. 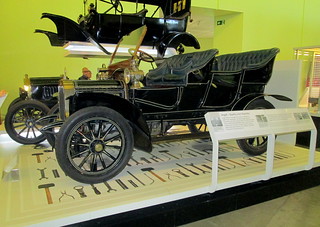 Anyway, the Riverside Museum is well worth visiting if you find yourself in Glasgow. It is European Museum of 2013.