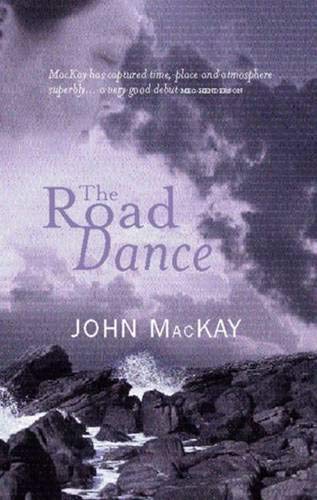 The Road Dance by John MacKay was published in 2002. The setting is the Scottish Hebrides, some call it The Edge of the World, it feels like that to young Kirsty MacLeod. Between her island and North America there’s two thousand miles of emptiness. Kirsty is a twin and her sister Annie is quiet and content with island life but Kirsty dreams of a different world.

Kirsty can have her pick of the island men, Iain Ban in particular has made it quite clear that he wants to marry her and is building a house in the hope that she’ll accept his offer. He’s well off by island standards but Kirsty just isn’t interested as Iain can see no future beyond the island, a place she wants to escape from.

Unexpectedly Kirsty falls for one unlikely island lad when she realises that he has big plans to move to America, but it’s 1914 and world politics have got in the way of his plans.

This was a great read with twists and turns right the way to the end, it’s well written with a real feel of life on a Hebridean island and its atmosphere, scenery and inhabitants. MacKay has written two more books with the same setting – Heartland and The Last of the Line and I’ll definitely be looking for those ones.

John MacKay is of course well known within Scotland, he started his career as a journalist on The Sunday Post but went on to work as a news reporter for STV, where he is now the main news presenter.

It was just sheer coincidence which saw me reading and reviewing two books set in Scottish islands within such a short time – both written by well known Scottish TV journalists. I have to say that this one stands head and shoulders above Kirsty Wark’s book, and I never thought I would have been writing that.

4 thoughts on “The Road Dance by John MacKay”