You know what it’s like – you never seem to get around to visiting the tourist hotspots on your doorstep, which is why it has taken us 35 years or so to get around to visiting the wee cottage that Andrew Carnegie was born in. He was of course famous for having made lots of money and using a lot of it to build libraries, often in deprived areas. He was a huge believer in people educating themselves out of poverty through books. 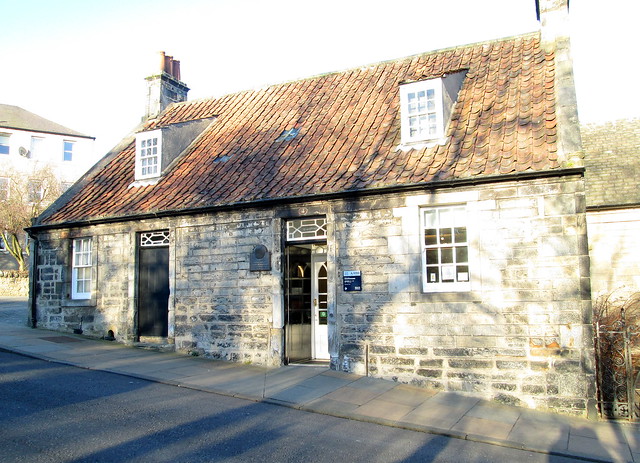 Above is a photo of his birthplace, two families lived in this wee building. It’s a weaver’s cottage and the loom always took up the whole of the ground floor. 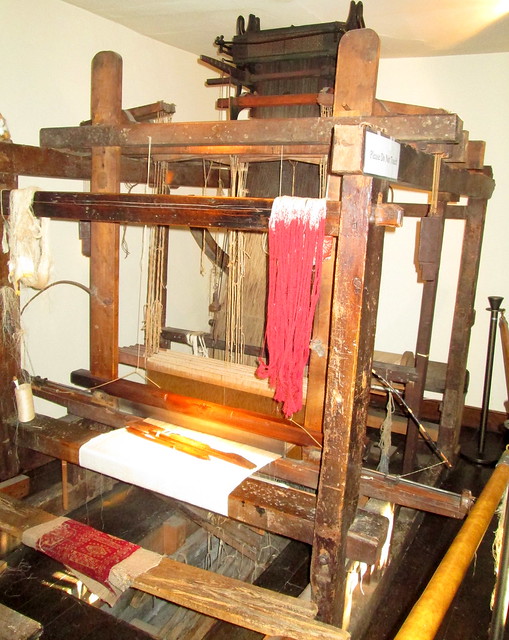 Students from the local college have rebuilt an old loom on the ground floor, just as it would have been in Carnegie’s day as his father was a weaver. 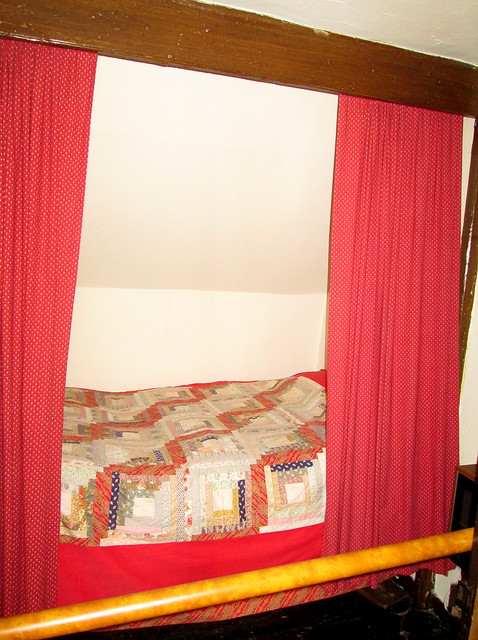 There are two bed recesses in the room upstairs which the Carnegie family lived in. The box beds are built into the alcoves in the wall. It’s a teeny space, cute looking but imagine what it would be like having a family in such a small space, not much privacy that’s for sure. 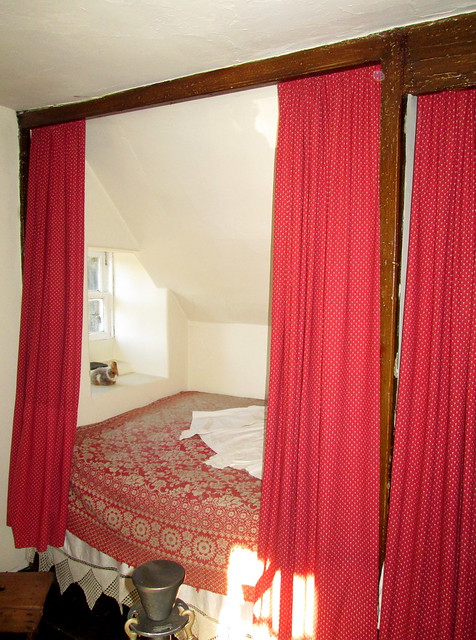 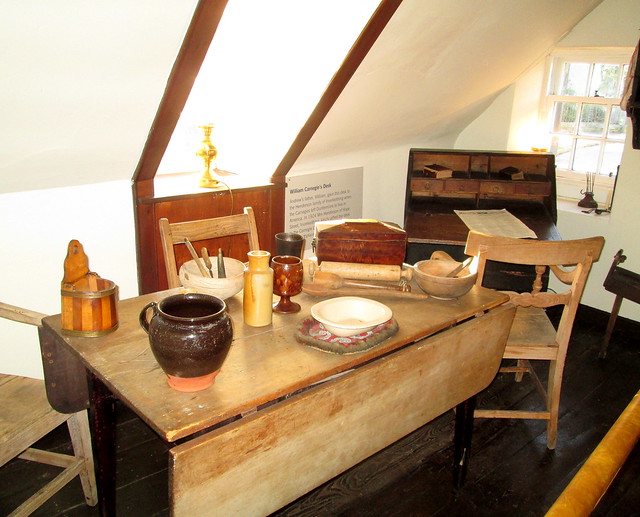 The other side of the room has the kitchen table and a desk in it, all the living and sleeping and eating done in one room. There’s an old sink at the bottom of the stairs and it has been painted black as you can see below. I doubt if it would have looked like this when it was in use, I think it would have just been plain stone. There’s a tap at the left hand side. This would have been regarded as a modern convenience by Carnegie’s family, I’m sure it wasn’t there when he lived in the cottage as it was one of Andrew’s jobs to get the water from a well. 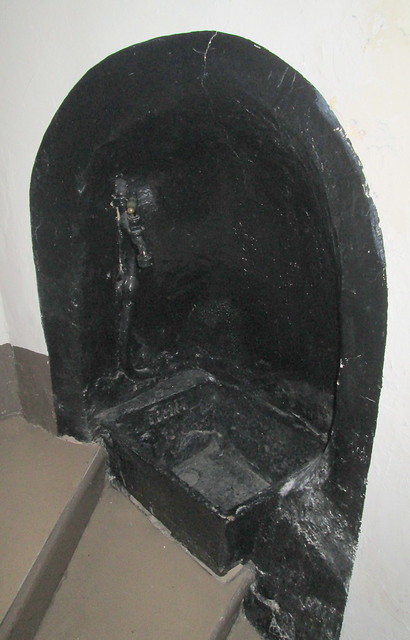 Below is a photo of the plaque attached to the wall of the cottage. It’s a stone’s throw from the very first Carnegie library, he was keen to show the folks back home how well he had done for himself. Carnegie spent a lot of time in Scotland over the years and he bought Skibo Castle which remained in the Carnegie family until 1982. 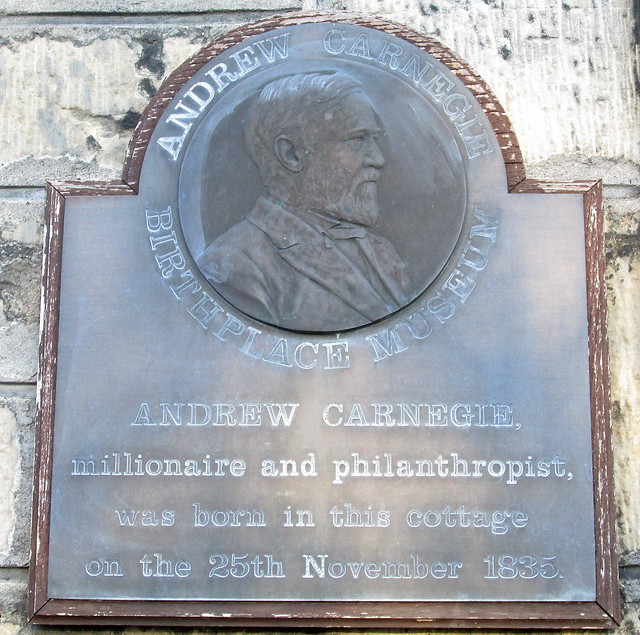 The Carnegie family had a hard life and when things got even worse they contemplated leaving Scotland and going to America in search of a better life. Encouraged by relatives who were already there they left Dunfermline in 1847, Andrew wasn’t keen to go apparently and life was even harder when they got to America, especially as his father died not long after they settled there. But Carnegie made the best of it and although nowadays it’s fashionable to call people like him ‘robber barons’ it’s not something I would agree with.

He had a brilliant business mind and at least he did something useful with his money. Some people have said it was pure vanity which made him give so much money away, building libraries all over the place. I just wish there had been more like him in the past, and nowadays it seems to have been left to Bill and Melinda Gates to be philanthropic.

I learned a lot whilst at the cottage, a large extension has been added on to the cottage to house a museum which tells his story. He was at the battle of Bull Run the first battle of the American Civil War, as an observer. Later on though he was able to pay an Irishman to take his place when he was called up. I think Carnegie paid him $960 to take his place, a huge amount of money then, I don’t know if that chap survived the war though.

It was an interesting afternoon out and if you’re in Dunfermline it’s definitely worth a visit – and it’s free!