Let’s face it, there haven’t been many reasons to be cheerful recently in the UK anyway. But this morning I spotted a red squirrel not far from our house. He was just sitting on the grass by the edge of the woodland. That’s the third red squirrel I’ve seen since we moved to our more rural location in Fife. Or maybe I’ve just been seeing the same one each time. I hope not, they did say on Springwatch that red squirrels are beginning to move back into areas that had been taken over by those pesky US grey squirrels. Apparently it means there must be pine martens around, but I’ve never seen any of those. Of course I didn’t get a photo of the red squirrel.

So as you can see I’m trying hard to see some optimism in the world, not an easy task given the Brexit vote and the fact that the Dutch news channels are calling the UK a banana republic. That’s putting it mildly I think. I don’t think I’ll ever get over the horror of that outcome, especialy as the whole Brexit cmpaign was based on lies, it’s not what I call democracy.

Another reason to be cheerful is the fact that Michael Gove has been well and truly trounced in the Conservative vote for PM. It has long been a puzzle to me that that man isn’t in jail, given his lack of monetary honesty and nasty habit of charging his luxuries to the tax payer. It was no surprise to me at all that he knifed Boris, not that Boris is an awful lot better than Gove.

I’m always happy to spot deer out of a back bedroom window, which I did not long ago. This one was munching away in an abandoned smallholding at the back of our house. I suspect that the deer might be the reason it is abandoned as they can easily just step over the fences. Sorry the photos are a bit grainy. I had to crop them to show up the deer. 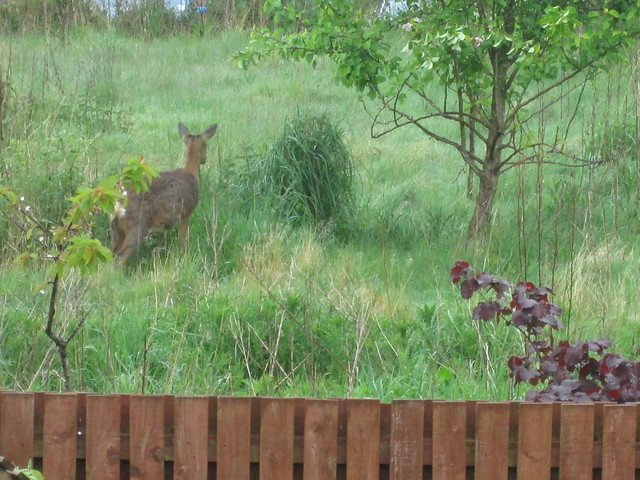 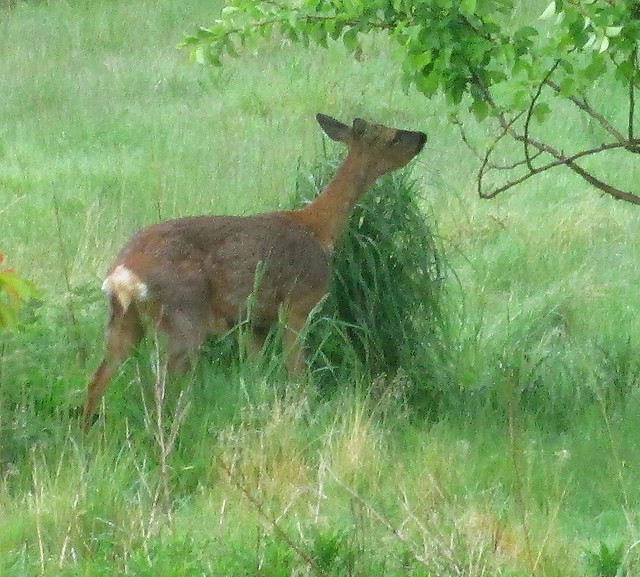 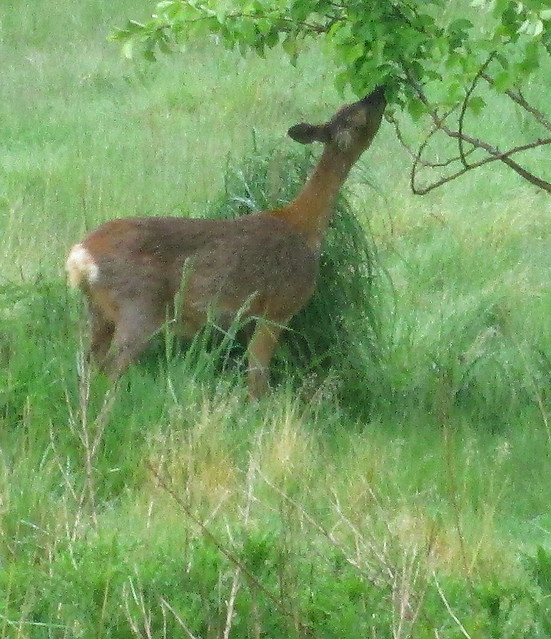 8 thoughts on “Reasons to be Cheerful”