Another town we visited on our way back from our May trip to Holland and Belgium was Thetford in Norfolk. I wanted to go there because it was one of those places that I was always hearing about when we lived in East Anglia, but we never did get around to visiting it at that time. I must admit it seemed a lot smaller than I had imagined it to be. The main streets are pedestrianised as you can see.

Thomas Paine, one of the Founding Fathers of the United States was born in Thetford. 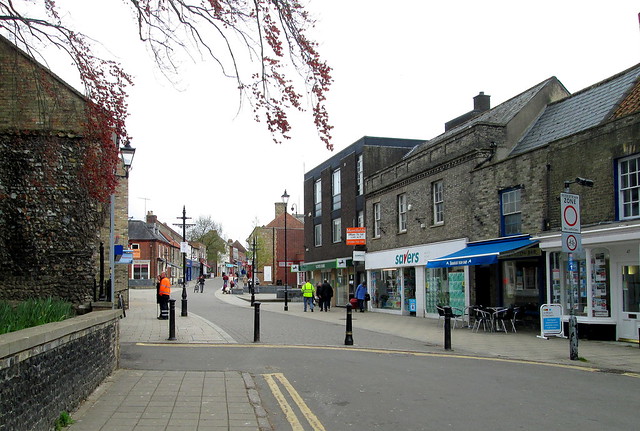 I’m not kidding you we were in the high street for more than ten minutes before we actually heard an English voice. It was like a league of nations – guess the language the passers-by are speaking! It seemed to me that the smallish community must feel overwhelmed with the amount of people who had settled there from mainland Europe, probably to work in agriculture. What was very surprising to me was that there were what seemed to be Spanish people who were way past retirement age milling around and gossiping, completely at home in the place. I suppose that it makes up for all those Brits who go off to Spain to retire there for the better weather and cheaper cost of living. I can’t imagine why older Spanish people would want to settle in the freezing wastes of East Anglia, maybe they all go home for the winter! I feared that the amount of migrants around would not bode well for a Remain vote in the then up and coming European referendum. How the farmers are going to get their produce up out of the fields and packed for sale is going to be a problem if the foreign workers do have to leave the UK.

Anyway all we can do is cross our fingers and hope that Brexit doesn’t eventually lead to more war memorials in our towns in the future, such as the First World War memorial in the photo below. 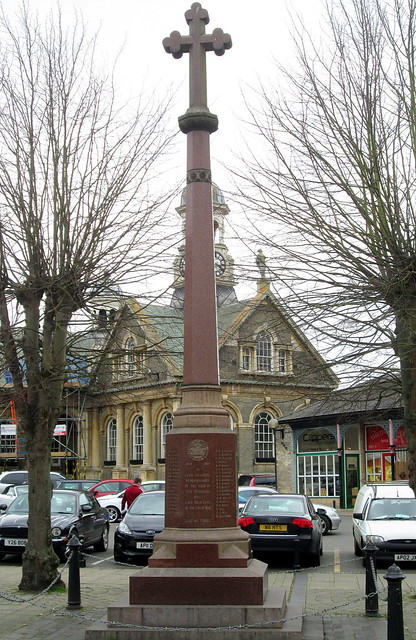 I took the photo below very close to the centre of Thetford where we parked the car. It’s a lovely river – called the Little Ouse and you can see more images of it here. 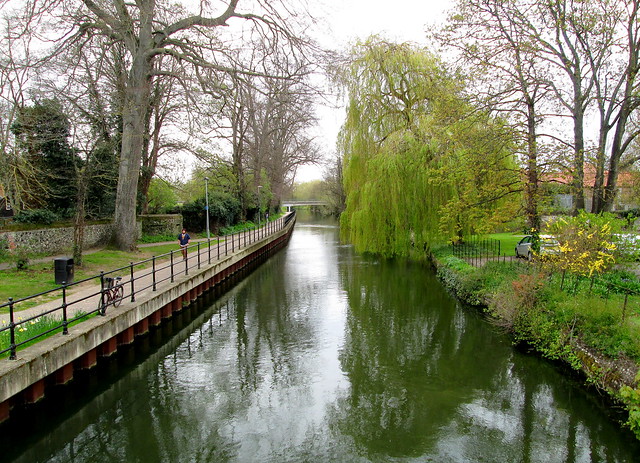 Thetford is a very historic town, the area was the stamping ground of the Iceni tribe of Boudica fame.