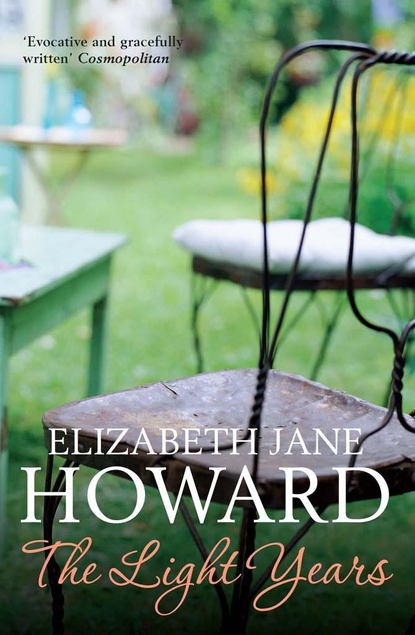 The Light Years by Elizabeth Jane Howard was first published in 1990 which is a shocking 26 years ago now – how did that happen? I didn’t read it back then, in fact I think I may be the last woman in the western world to read the book, I’m just thrawn that way, often avoid doing things just because everyone else is doing it. It was Joan of Planet Joan who made me think that it was time I got around to The Light Years, the first book in the Cazalet series, you can read what she thought of it here.

The book is in two parts with the first part starting in 1937 and the second part begins in late summer 1938 but it ends with the run up to World War 2 and Chamberlain’s attempts to avoid war. We meet three generations of Cazalets the Brig and Duchy are the parents, getting on now but the Brig is very much in charge of the family wood/lumber business. Their two elder sons work in the business and as the business is obviously thriving they’re quite well off, but the youngest son has hopes of being an artist and is working as a teacher until he finds success in that field.

The characters are all very different with their different personalities well defined but it was the characters of the children that I was really impressed with. Howard must have been one of those people who perhaps has never really completely grown up herself and has remained close to how it feels to be a child in various circumstances. She wrote about all their fears, problems and worries with great insight. I really didn’t want to leave this family saga and would have gone straight on to the next one Marking Time, if only I had had a copy of it. I’ll need to get my hands on one soon!

I didn’t watch the TV series when it was on either and I’m wondering if it is worth watching or is it one of the many dramatisations that end up being disappointing. If you watched it please tell me what you thought of the series.

10 thoughts on “The Light Years by Elizabeth Jane Howard”