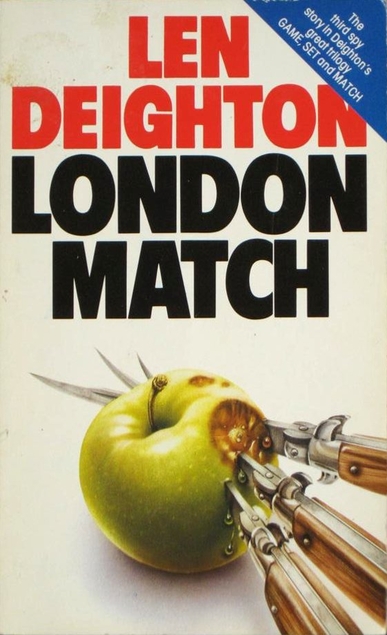 London Match by Len Deighton was first published in 1985 and it’s the third book featuring Bernard Samson and the various other ‘civil servants’ who were engaged in spying or spy spotting in London and West Berlin during the Cold War era.

As you would expect, nothing can be taken at face value, leaks in the department mean that just about everybody is under suspicion of being a double agent. At the same time there’s a lot going on in the way of office politics and back stabbing and Bernard believes his children are in danger of being snatched.

At 405 pages you would think that this wouldn’t be a quick read but it didn’t take me long (mind you the bad weather might have had a hand in that!) and I find Deighton’s writing to be really good and surprisingly descriptive, something that I appreciate. I’ll definitely be reading the next one in this series which is Spy Hook.

Len Deighton seems to be one of those talented people who have successes in many different arts, that’s always impressive, and slightly annoying of course!

London Match was one of my 20 Books of Summer.