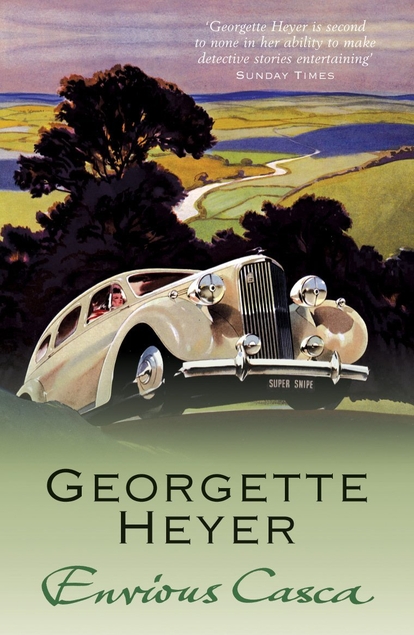 Envious Casca by Georgette Heyer was first published in 1941.

I’ve read almost all of Georgette Heyer’s mystery novels now and I’ve enjoyed them all although some more than others. I like the witty dialogue, especially between couples. Envious Casca is set at Christmas and features Inspector Hemingway of Scotland Yard as the investigator who is called in when a member of the household of Lexham, a large Tudor house, is discovered dead in a locked room. To begin with it’s thought that the death is from natural causes but it isn’t long before the truth is discovered.

The house is full of members of the Herriard family who are gathered together for Christmas, and a few of their friends. They’re a very argumentative bunch and Nathaniel, the owner of the Lexham estate holds the purse strings.

Despite the fact that the murder was a long time a-coming I really enjoyed this one. It was fairly predictable, the culprit was easy to spot AND none of the characters are particularly likeable, so by rights I should have disliked the book a lot, but the mystery lies in how the murder was carried out and that kept my interest. Heyer obviously meant it to be like that, especially given the title of the book. The characters are a quirky bunch so it all added up to a good read.