The photos below are of the view we had from the window of our hotel room just outside Grasmere in the Lake District. I took these ones in the morning, but I was so annoyed when I looked out of it because when we arrived the night before it had been full of unusual grey fleeced sheep, and I didn’t take a photo of them as I thought the light wasn’t good enough. 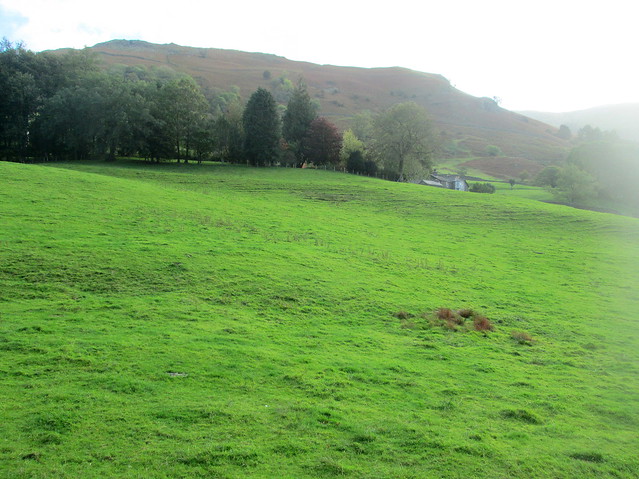 I’m not great at getting to sleep when I’m away from home and I wasn’t helped by the sound of an owl hoo-oo-ooting. It must have been sitting on the roof directly above our bed, but it sounded like it was sitting on the bedhead, and it was one of those spooky sounding owls. It went on for quite a while only stopping now and again when I imagine it must have flown off on a hunting expedition, before alighting above us again. It was definitely a different experience. 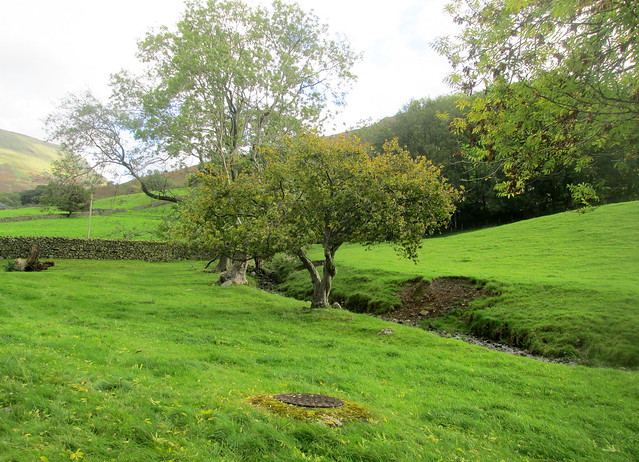 Very early in the morning I had been woken up by some dogs barking outside and I did think in a woolly way that they must have been sheep dogs and my brain just didn’t click to the fact that they were rounding the sheep up, taking them to new pastures – I hope.

The view of across the road from the hotel is really quite different as you can see. 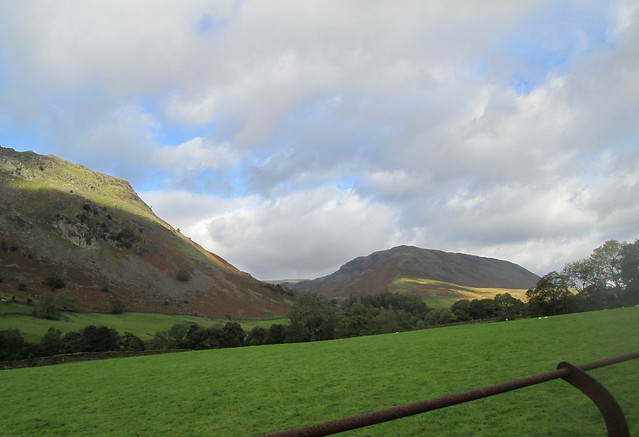 It’s much more mountainous although maybe I should say craggy as by Scottish standards these are really just hills. I love the stone built farm buildings they have in this area. 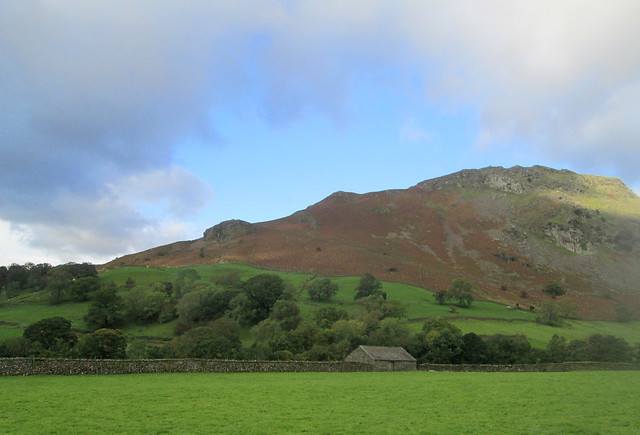 The Lake District does seem a bit like a mini Scotland – with loads more tourists. It’s not really that far from the ‘debatable lands’ of the Scottish Borders which were always being fought over. 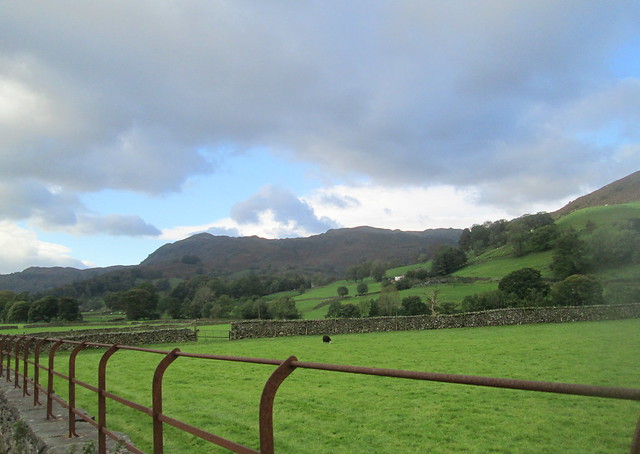 I took some photos of the types of houses that are in Grasmere. The one below is so wonderfully craggy and solid looking and I’ve never seen chimney stacks like that before. This house is close to Dove Cottage. 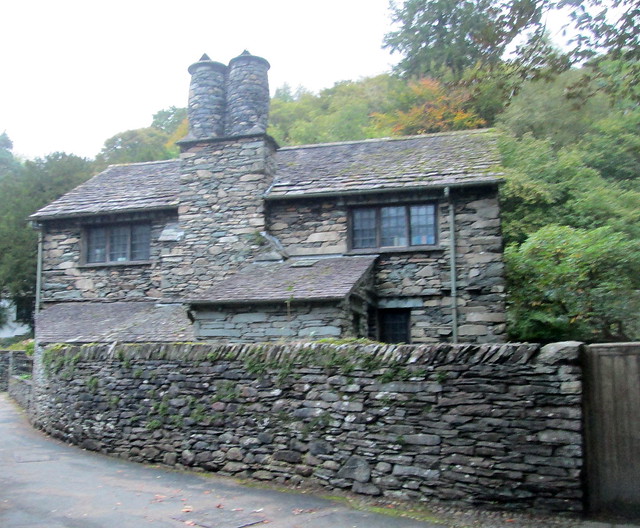 In complete contrast whitewashed houses like the one below always seem quite fragile to me and remind me of iced cakes. I’ll be completely un-pc and say that as I often think of houses as having characters then the top craggy one is definitely male whilst the whitewashed one is veering towards femininity! 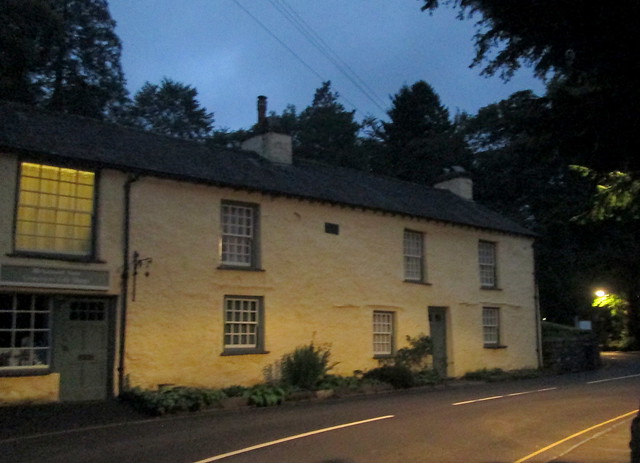 The burn/stream below edges the graveyard that the Wordsworths are buried in. I did take a photo of the lovely wee bridge over it but sadly it came out all blurred. 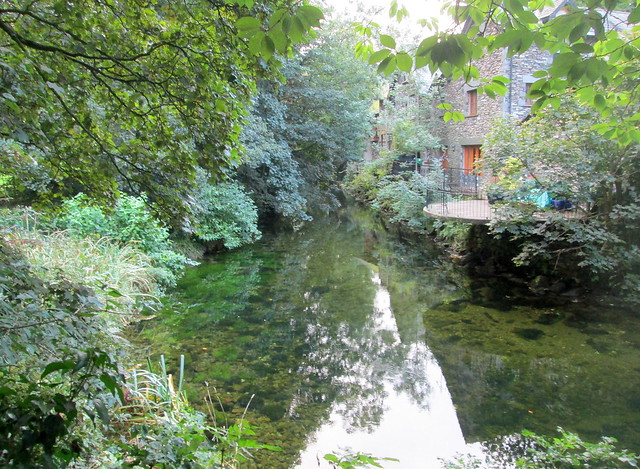 If you want to see more images of the village of Grasmere have a look here.

7 thoughts on “Around Grasmere, Lake District”