After visiting Grasmere we drove on to Coniston Water on the way to our next overnight stop in Derbyshire. It was a lovely day and thankfully Coniston Water wasn’t nearly as busy as other places in the Lake District – such as Ambleside which always seems to be heaving.

We were making our way to Brantwood which is the lovely house that the writer, art critic, philosopher, philanthropist and environmentalist John Ruskin bought, it is situated high above Coniston Water and these photos were taken from the grounds at the front of the house. 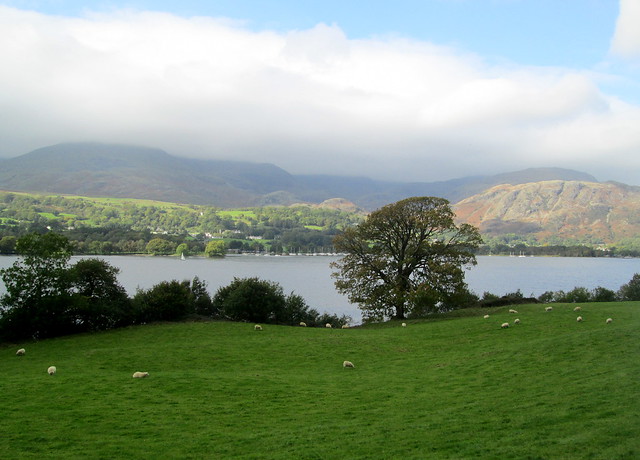 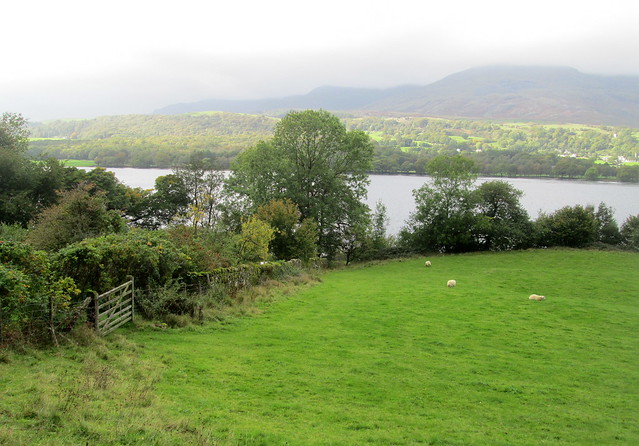 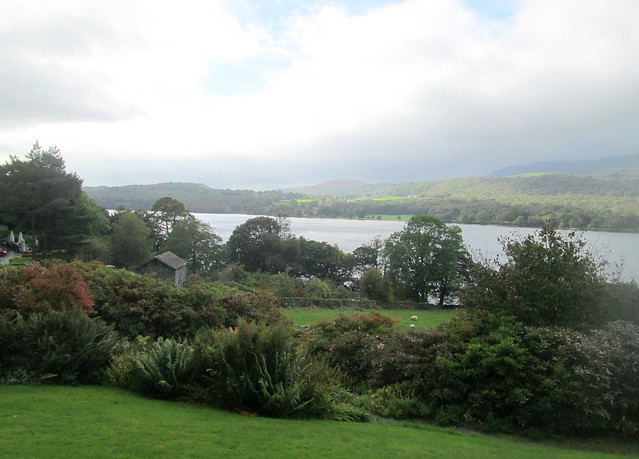 You can see in the photo below that there are lots of wee boats and yachts in the lake. This lake inspired Arthur Ransome to write his Swallows and Amazons series. 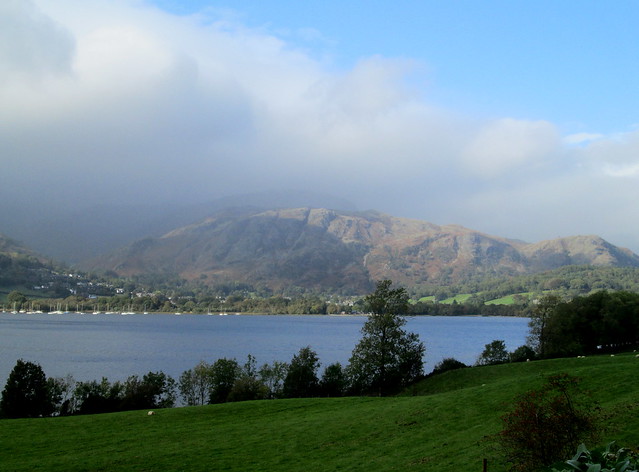 And below is a photo of Brantwood, it has marvelous views of the lake. Ruskin bought this house unseen as he had often holidayed at Coniston and at a time when he was ill he thought that if only he could lie down in the water at Coniston he would get better. It must have worked as he lived here for many years. 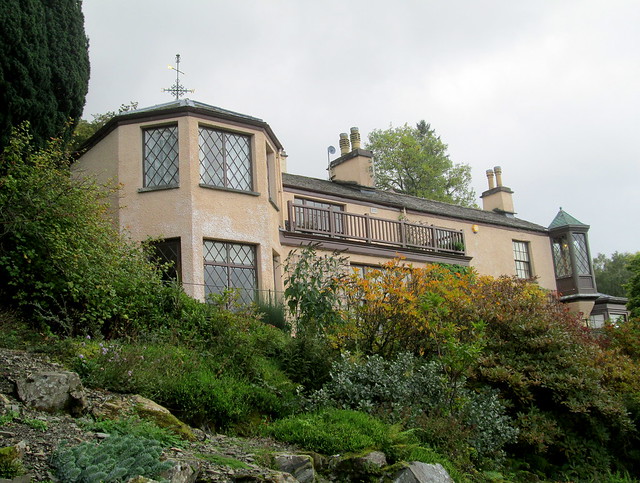 I suspect that the one thing that everyone knows about John Ruskin is that his wife had to go to court to get an annulment for non-consummation of the marriage. That harmed his reputation for a long time but that was just a small part of a long life which included many interests. He was interested in educating ordinary working people, at this time education in England was in a very poor state compared with in Scotland. He was involved with progressive schools for girls, and he also set up workshops that trained and employed people who would probably otherwise be unemployed and destitute.

I’ll show you some photos of the inside of the house soon.

4 thoughts on “Coniston Water and Brantwood”