As the wedding was in February snowdrops were being used to decorate the tables, so both Jo and I were busy digging up snowdrops from our gardens and potting them up in various containers. We knew exactly how it must feel to try to get plants at their best for The Chelsea Flower Show. At one point it seemed like the snowdrops would be over and done with before we even reached the beginning of February as January was so mild. Luckily there was a cold snap which held things back a bit, but then I could envision not being able to get a garden fork through rock solid soil so I dug up lots of clumps of snowdrops from my garden and put them into the dark shed, covered with more compost. As it happens, if I had just left them in the garden until required everything would have been fine, in fact the ones that I didn’t dig up were in perfect form by the 16th. If only I had had a crystal ball. Of course because we were indoors they all closed up! I have no idea whose handbag that is in the background. 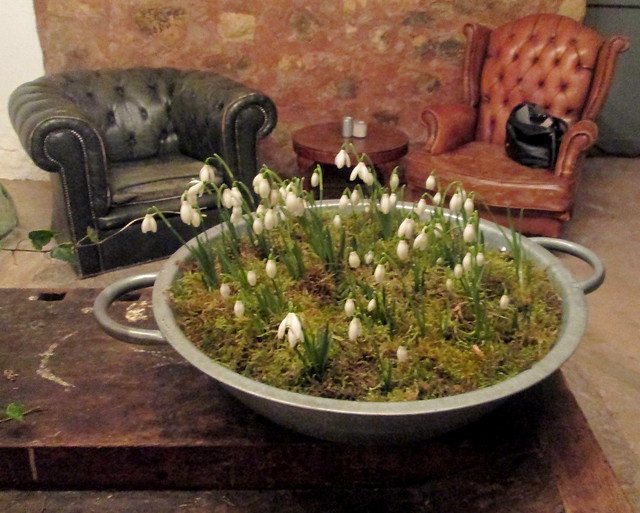 Craft breweries are all the rage at the moment and did you know that you can go along to one and create your own beer? So that’s what Duncan and Alex did, and the label is a photo of them both at the beach at Lunan Bay. 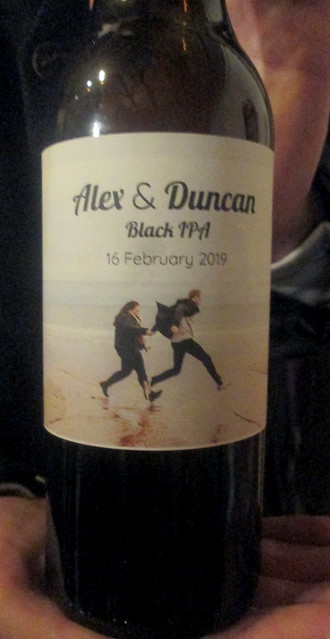 They’re both keen cheese eaters so a traditional wedding cake was never going to feature at their wedding, they opted for a cheesecake. They went to a specialist cheesemonger in Edinburgh and tested out lots of different cheeses before settling on this lot, so the cutting of the cake was quite different from usual. It went like ‘snow off a dyke’ so I didn’t get to taste any which I must admit didn’t bother me too much – I prefer traditional cake! 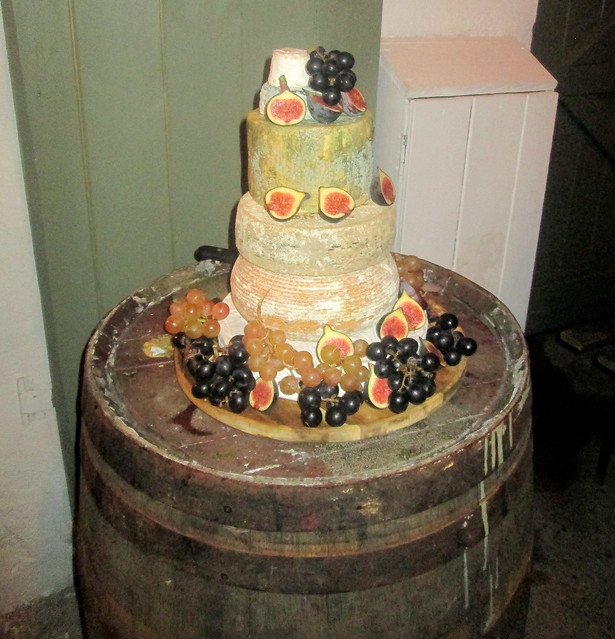 For some reason the barrel with the sheese on it was moved to more or less right in front of a load of coats, I hope the professional photographer had a better angle. 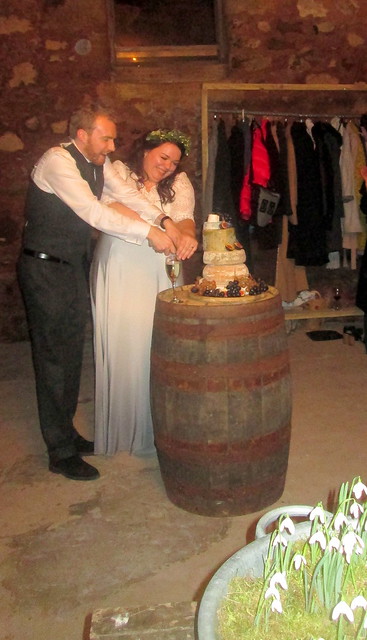 All aboard for The Gay Gordons! 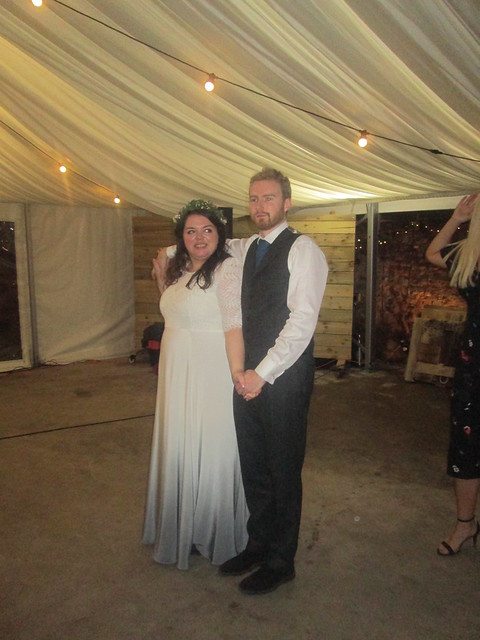 And just in case you’re interested in what I was wearing on the bottom half of me … as you can see, I favoured boots as if the date had been anything like it was last year there would probably have been snow on the ground. As it turned out we had perfect mild weather, but I was happy in my boots. 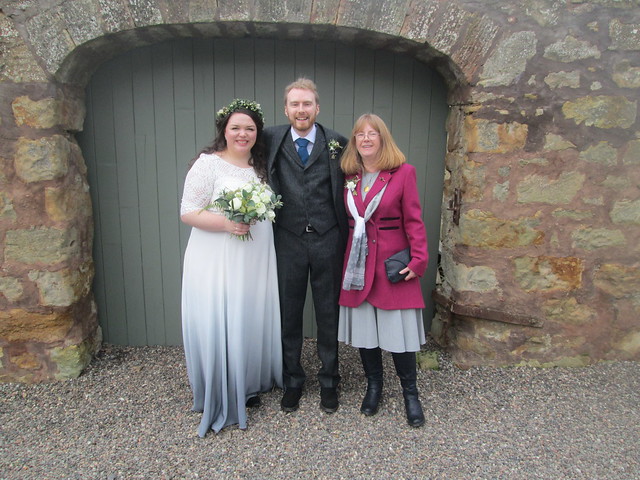