Tallinn is the capital of Estonia which used to be part of the Soviet Union. They gained their independence from the USSR in 1991 and from what I can see they seem to be doing rather well on their own. Food for thought for Scots I think! 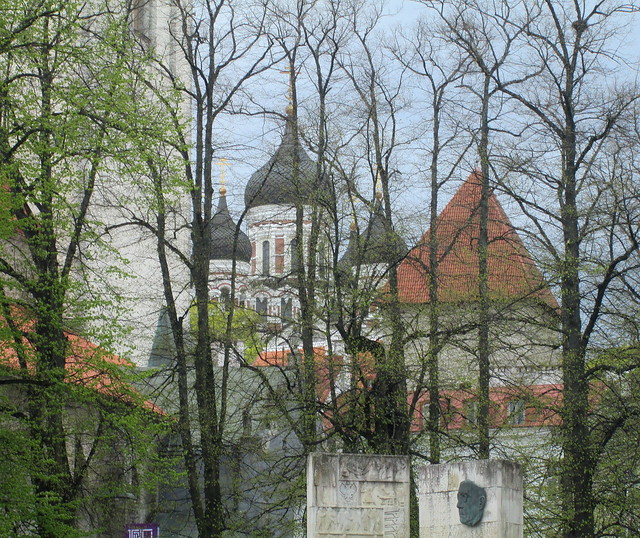 I’ve always been interested in architecture so buildings feature in most of my photos whenever I go to somewhere new. The onion domes seen through the trees say it all really – so exotic looking compared with the rather boring spires of churches in the UK. 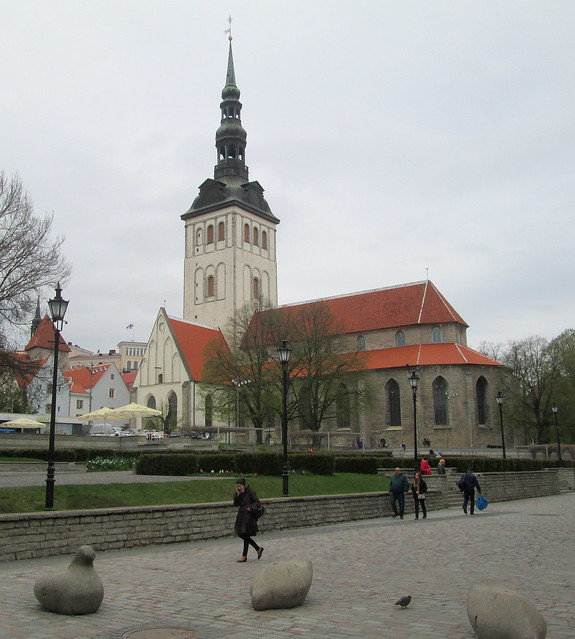 But the crow stepped gables and red pantiles of the church below are rather reminiscent of old buildings in the east of Scotland. The pantiles in Fife came over as ballast in ships from Holland, I wonder if these ones in Tallinn came from Holland too. 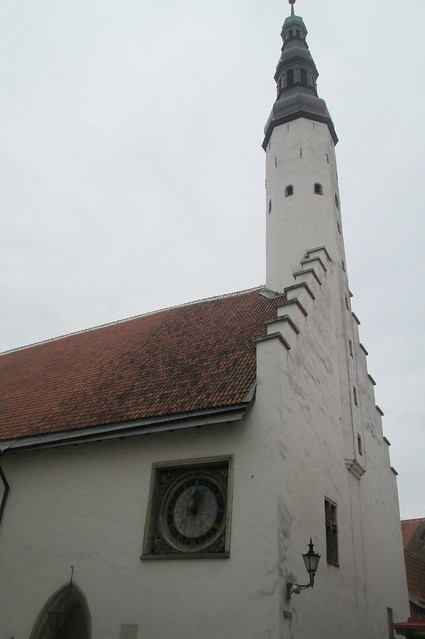 Looking up at the architecture I began to feel like it reminded me of the old film Chitty Chitty Bang Bang. 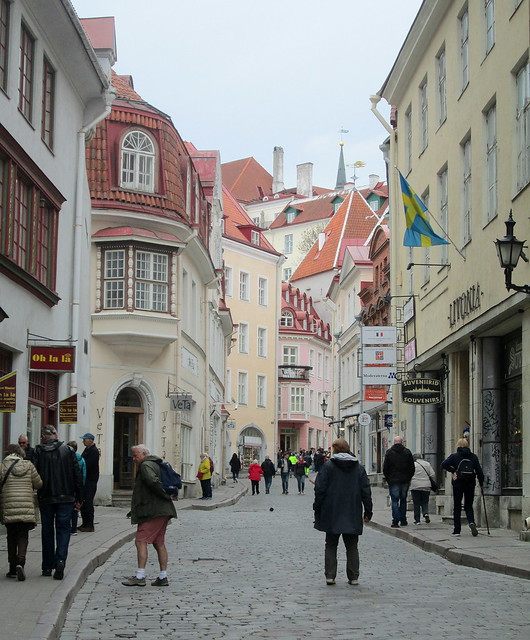 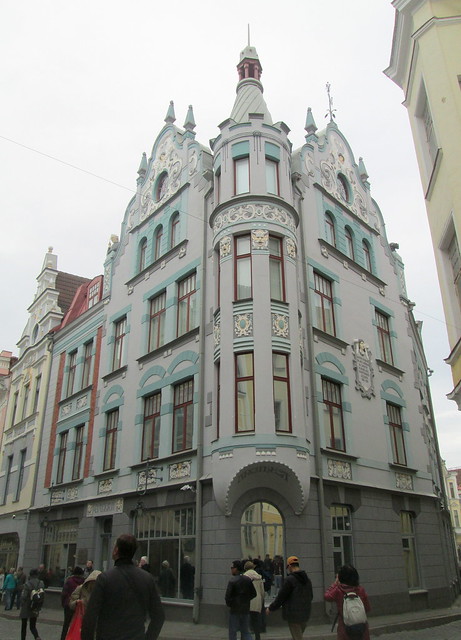 Below is a photo of the ministry of culture building. As you can see it has the beloved European flag flying from it. While we were in the Baltic all of the cities had campaign posters up for the then upcoming European elections. I didn’t see any at all in the UK. 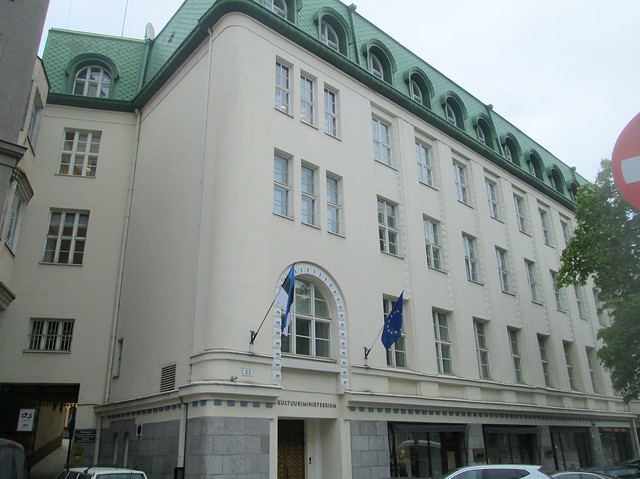 Sadly it began to rain quite heavily towards the end of our day in Tallinn, as you can see from the green roof on this building below, I love the fancy weather vane though. 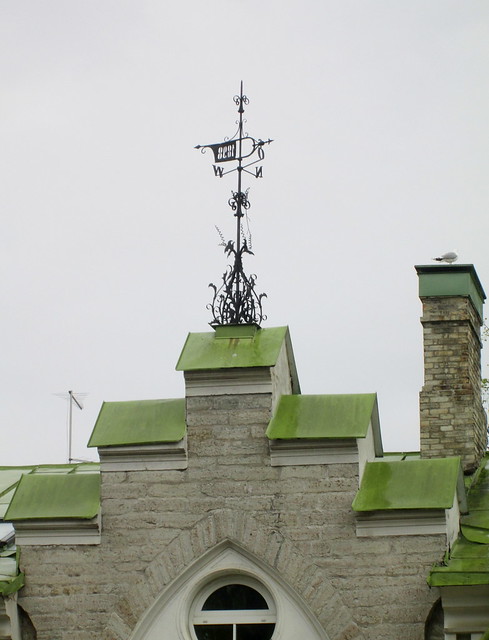 But cafe culture doesn’t stop because of a wee bit of rain. 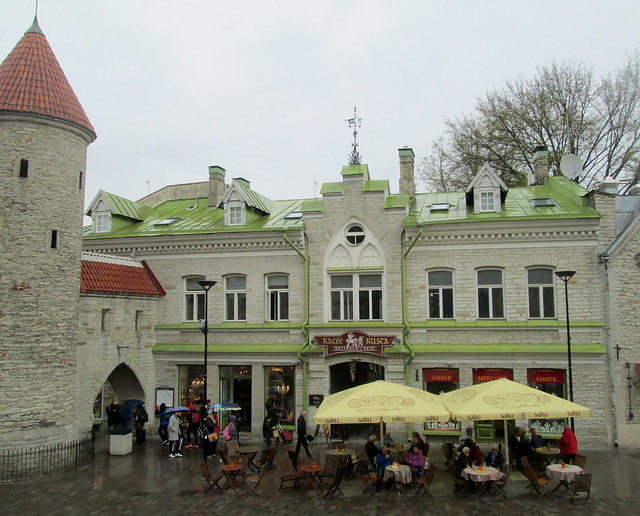 Doors into buildings were often very ornate too as you can see below. 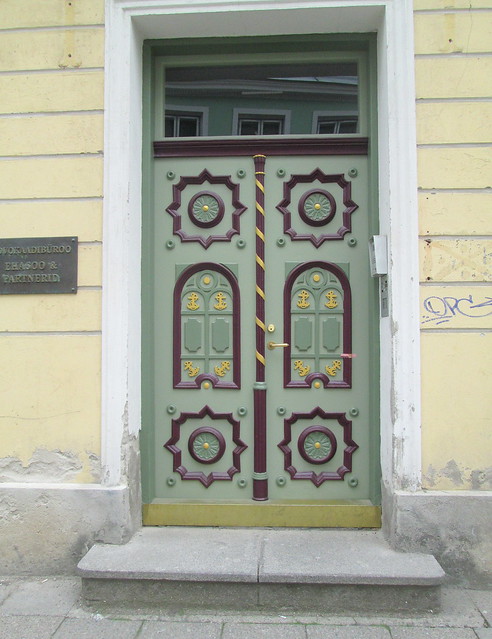 Tallinn is a medieval city and still has a lot of its ancient walls intact, you can walk around on top of them in parts. 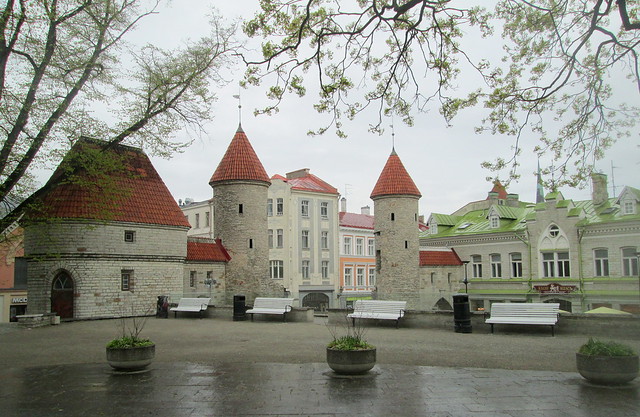 The old part of the city is very busy with tourists, especially if there’s more than one cruise ship in town but it’s a lovely place to visit – as you can see.