The Church on the Spilled Blood in St Petersburg is quite something – as you can see. You really couldn’t get further away from the ecclesiastical architecture that prevails in western Europe, in other words – it’s definitely different. Yes that is scaffolding swathing it. It seems that no matter where we are there’s scaffolding hugging whichever building we particularly want to see! 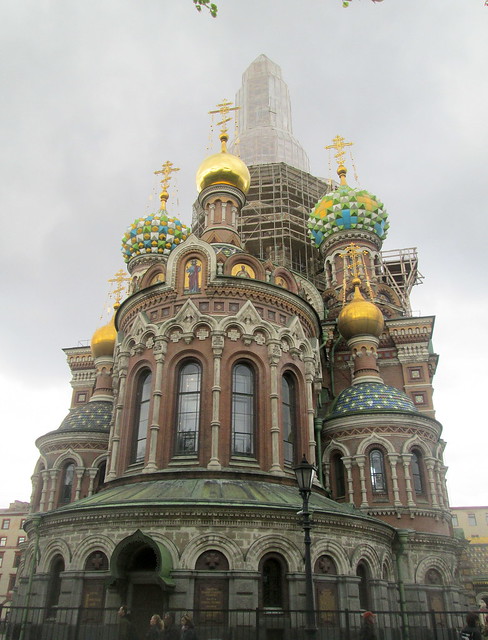 And from another angle. 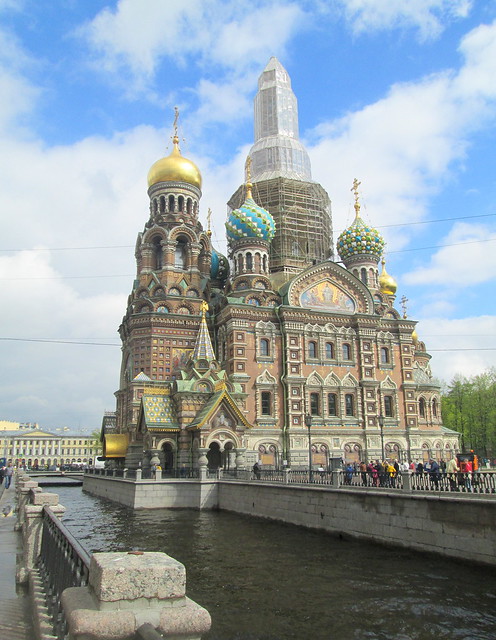 This church was built on the site of the assassination of Tsar Alexander II which took place in 1881. A bomb was thrown at him and it went off when it landed at his feet, I believe he lived for a few hours but was never going to survive. You can read about Alexander II here. 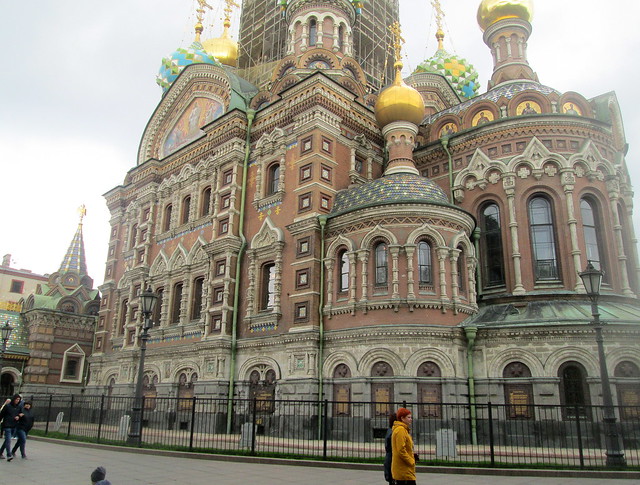 Below is the decoration on one of the sides of the church. 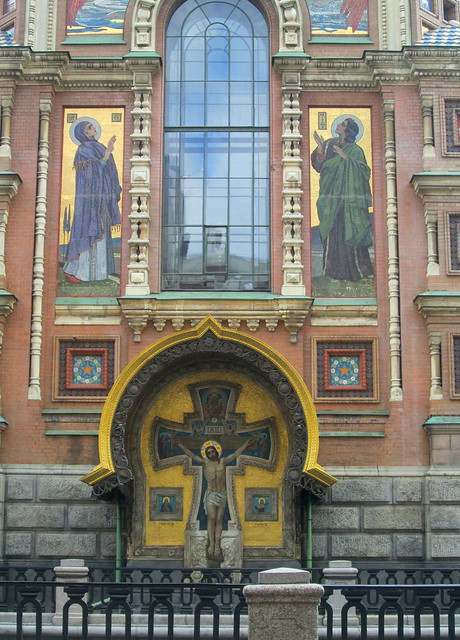 We didn’t go into the church as Nevsky Prospect was calling to us, we aren’t religious and you aren’t allowed to take photos inside anyway. The outside was stunning enough for me.

3 thoughts on “Church on the Spilled Blood, St Petersburg”