When we were on that Baltic cruise back in early May Stockholm was one of the last places we visited. I have to say that it isn’t a place that I had ever yearned to visit, but it turned out to be one of my favourite cities. Of course the sun was shining which always helps, in fact – I was too hot! 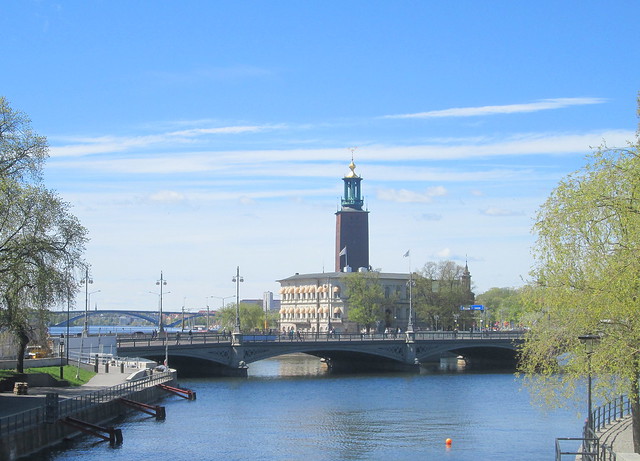 There are lots of great buildings. 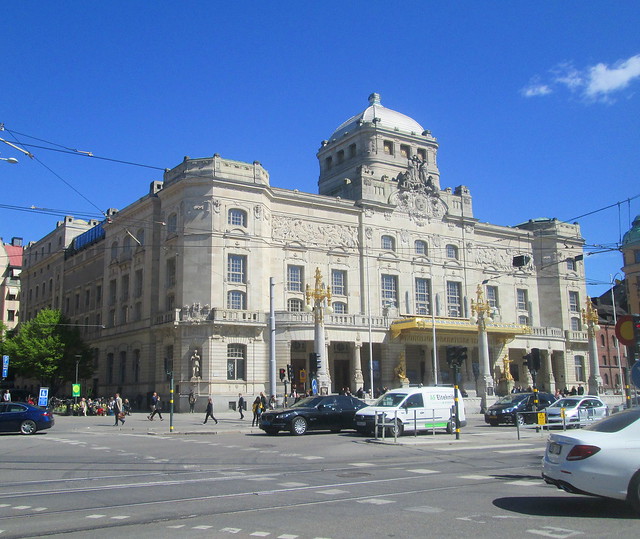 But it wasn’t always obvious what they actually were. 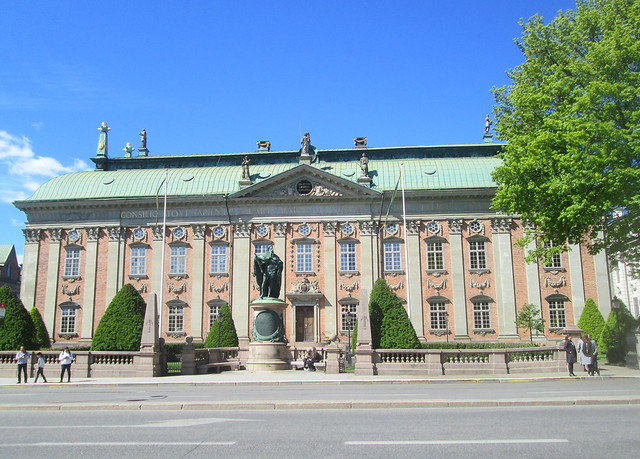 I really didn’t know too much about Stockholm and had no idea that it is built on a series of islands which are linked by bridges. That’s mainly what makes it so beautiful, it’s lovely to be in a city and to see all sorts of boats right in front of you. 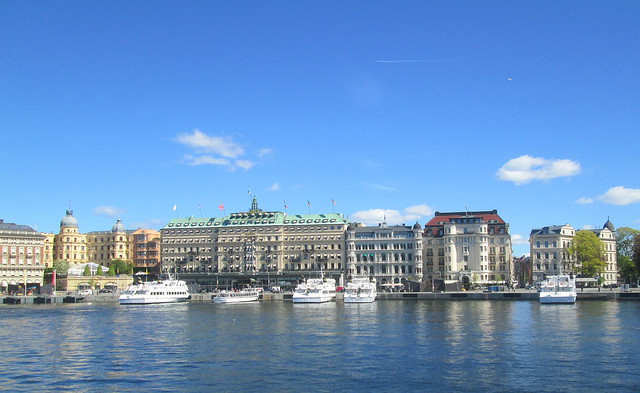 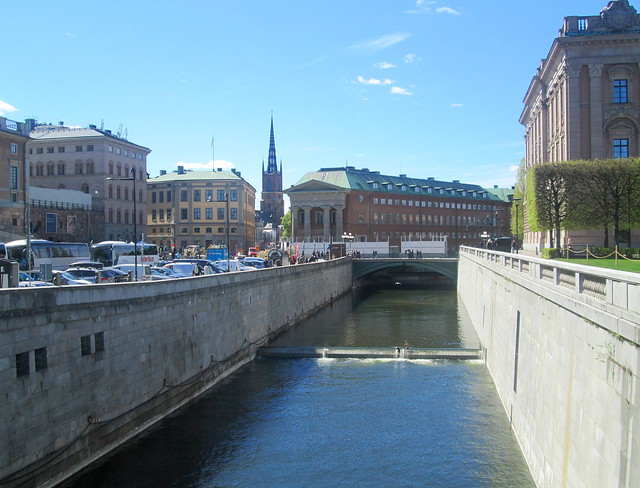 But there’s plenty of greenery around too. 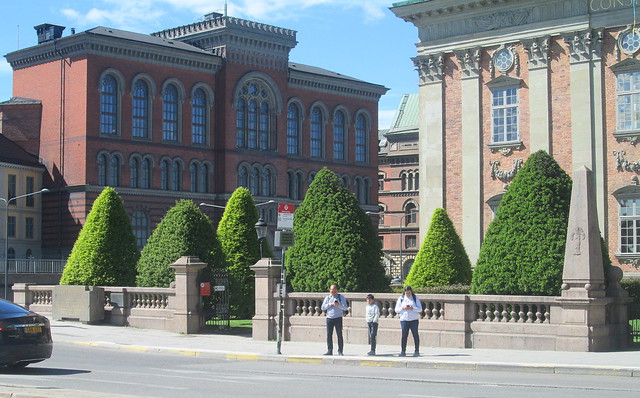 The building below is the Riksdag which is I believe their parliament building. What a location! 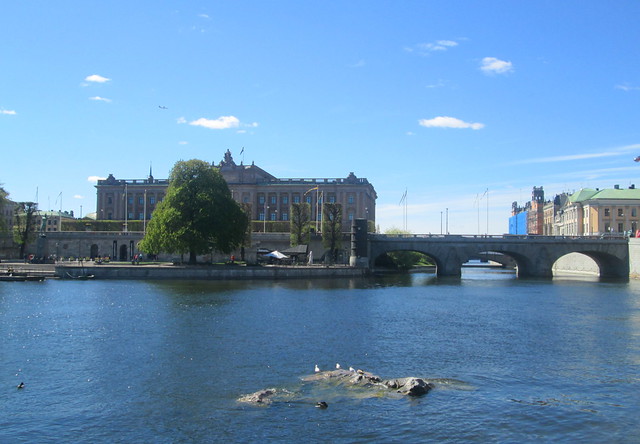 I have lots more photos, but that’ll do for now. I hope you enjoyed this wee glimpse of Stockholm.