I’m not complaining, but on a sweltering hot day when we were on our way north to Perthshire we stopped off at Strathmiglo, instead of just driving past it. We had to get out of that hot car! Below is a photo of the tolbooth which was built in 1734. 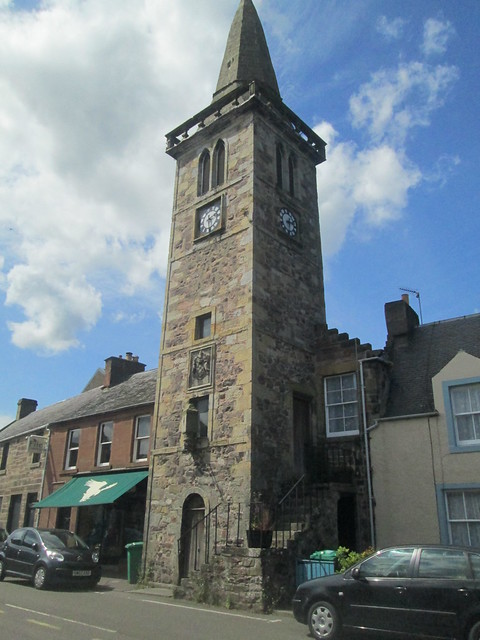 The kirk/church below would have been a perfect example of Presbyterian austerity if someone hadn’t tacked that completely different coloured stone porch onto it back in 1925. The Monkey Puzzle tree – or Araucaria if you’re a plantsperson or Guardian crossword person – is a beauty though, don’t you think? 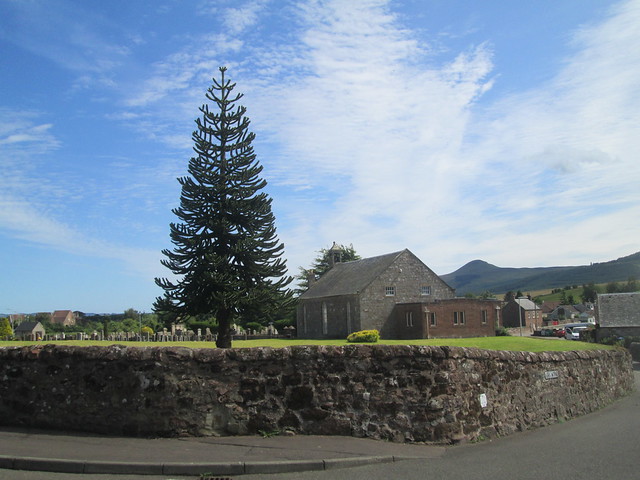 I admit that the photo below isn’t the most scenic, but I do love it when you can stand in a street and see the hills not far away, in this case – the East Lomond. 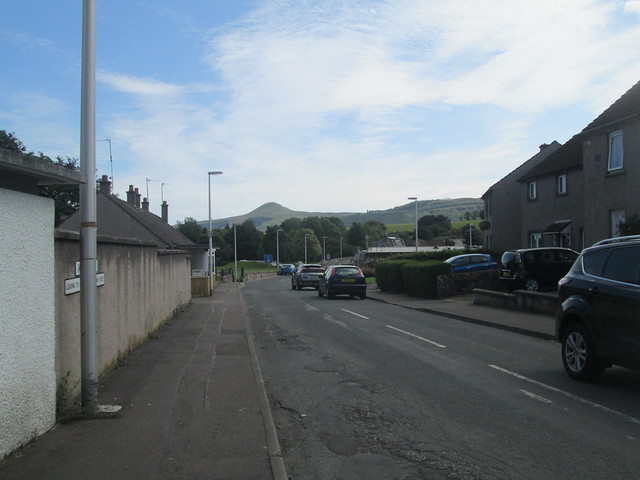 Jack and I are really well matched as we both enjoy mooching around old graveyards and burial grounds (what’s the difference I wonder). He’s normally looking for Commonwealth War Graves, usually of those poor souls who got home from their battleground only to die of their wounds later. I’m seeking out much older stones as you can see from the one below. The date on it is 1713 and at the time skulls were seen as a suitable decoration, a reminder of mortality to anyone looking at it. Sadly half of this stone has sunk down into the grave (I hope it missed the body!) so it isn’t possible to read who’s actually buried here. 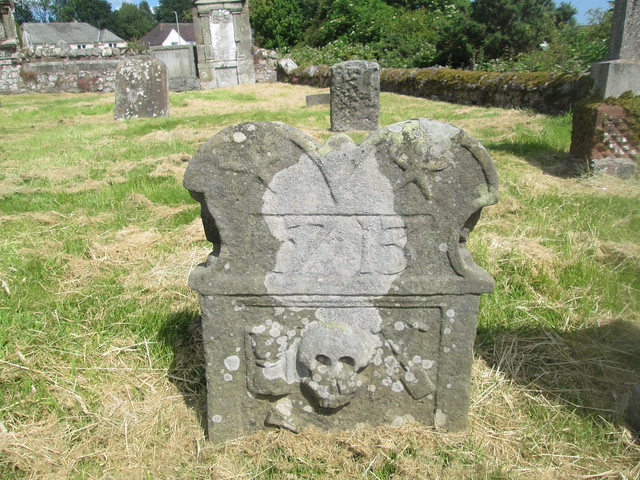 The one below has sunk even more, but I was amazed by how well it has survived the weather and years, I’m sure this one dates from the 1600s, I believe there was a date on the back of it. I’m impressed by the designs on it. Whoever’s grave it is must have been a gardener or something similar. There are two crossed spades in the middle of the design and the flowers on either side seem to have his initials incorporated into the design – J C being at the end of the stems, with the C looking like a scythe. The flowers have a very modern look somehow – there’s nothing new under the sun! 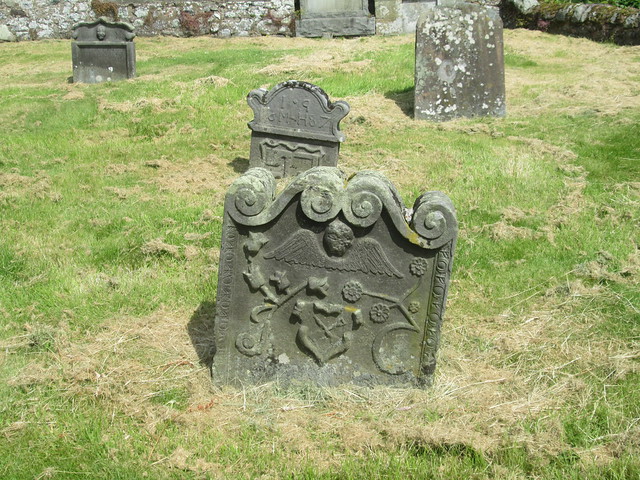 Strathmiglo is definitely worth a look around if you’re passing by that way. There are some rather grand looking houses in the high street too, but it’s a very sleepy wee place nowadays.

I meant to mention before that the road which goes around the side of the church leads to a road called Cash Feus – named because the land belonged to the ancestral family of the Country and Western singer Johnny Cash. Obviously his branch of the family must have been the poor cousins as they took the decison to leave for the New World at some point. However he did come back to visit when he had researched his family tree, but it was the nearby village of Falkland that he went to most as he played some concerts there. I think one of his daughters still visits. Well, there are lots of links between Scots traditional music and country music.