On our trip to Dunbar last month to visit the battlefield – such as it is almost 500 years after the fact – we stopped off at the actual town of Dunbar which is in East Lothian about 30 miles east of Edinburgh. The High Street there boasts the birthplace of John Muir and although we had often been to the small coastal town, we hadn’t been into the birthplace museum, so we rectified that this time around. As you can see below it’s a rather spiffing looking Scottish Georgian building. 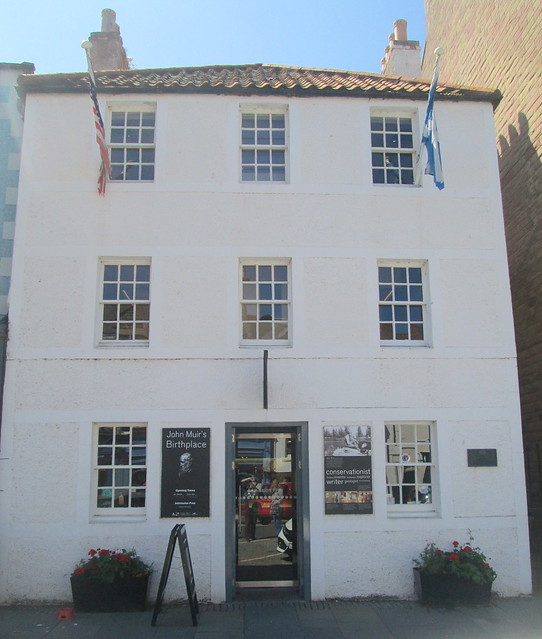 What a disappointment when we got inside though. The whole building has been stripped back so there’s really nothing left to see of the internals, apart from a hole where a fireplace must have been once. I assume that it must have been riddled with dry rot and it was easier and much cheaper just to scrape everything away down to the bare stonework, no floors or ceilings left. You can go upstairs but it is modern and is almost as if another building has been built within the original one. It’s such a shame as there’s no ambience at all and it’s impossible to imagine how it was in John Muir’s day.

I took a photo of an embroidery sampler which I believe was supposed to have been done by his mother, sorry about the reflections. I have a couple very similar to this one, but mine have the embroiderers name on them – as most do. 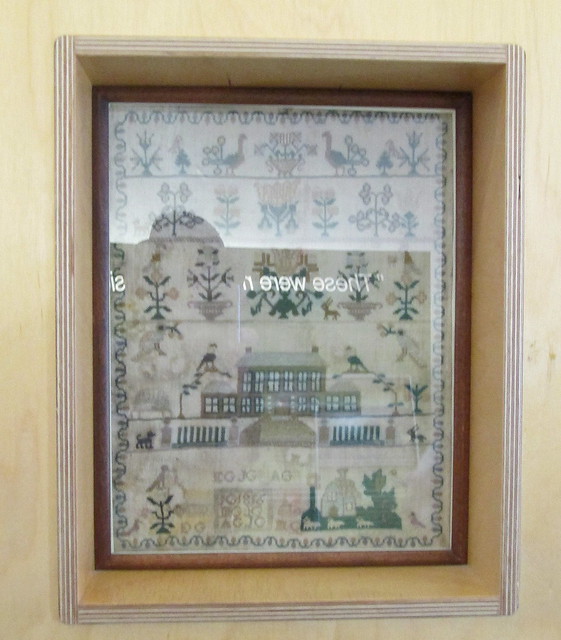 You might be asking who John Muir was, I think he’s possibly better known within the USA than in his country of birth. He was a writer, explorer, naturalist and environmental campaigner and was years ahead of his time, realising that humans were damaging natural environments, and seeing that something had to be done – he is seen as the ‘Father of National Parks’.

Like most coastal towns Dunbar isn’t what it used to be, people would rather go on holiday to Spain than brave the icy waters of the North Sea, but it’s still a scenic area, you can see more photos of the area here.

There’s now a walk called The John Muir Way which stretches 134 miles from Helensburgh (one of my favourite areas) in the west of Scotland to Dunbar in East Lothian. That’s even longer than Hadrian’s Wall is and if I ever get around to a long walk like that I think I’d rather do the wall, if not the West Highland Way. Click the links if you want to see some stunning images of the walks.