Earlier in August we were in Aberdeenshire – for one night only, but we managed to fit a lot in as usual and Tolquhon Castle near Ellon was one of the places we visited. It was built in 1580 and although it’s now a ruin it’s well worth visiting, it’s easy to imagine how elegant and luxurious it must have been in its heyday. It’s thought there were earlier structures here around the 1200s. 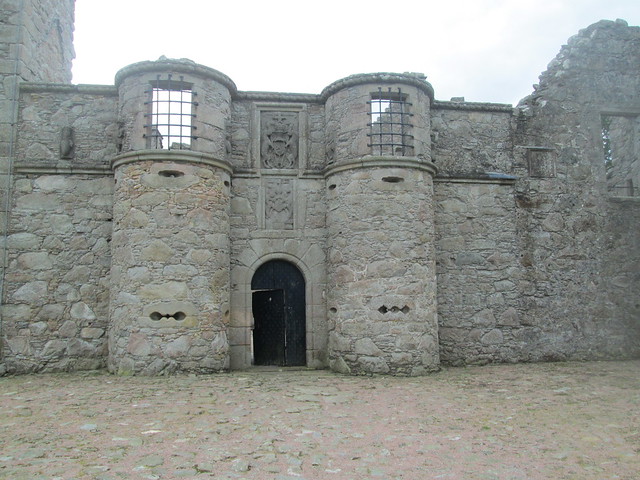 Originally built for the Forbes family it was eventually sold in 1716 as the then laird had lost most of his money in the disastrous Darien Scheme. 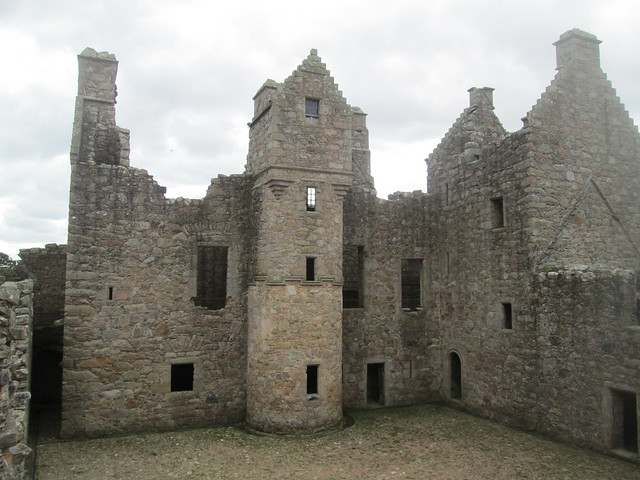 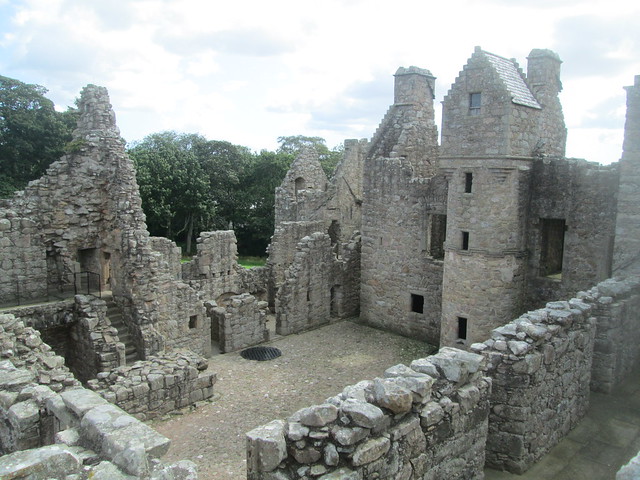 Although it’s a ruin there’s still lots to see and loads of spiral staircases to climb up and descend, always more difficult coming down – and slightly scary! 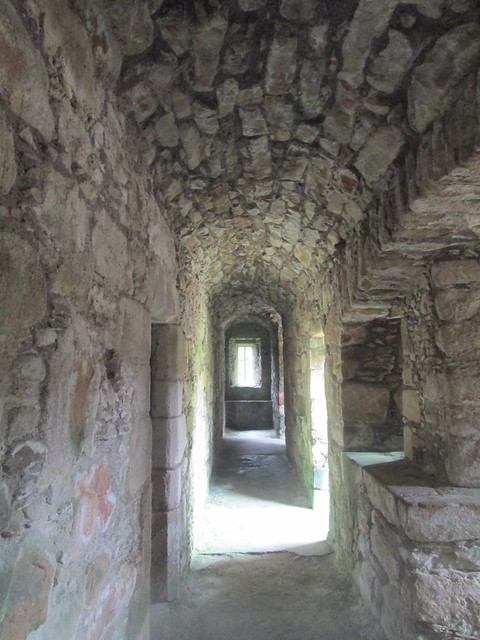 The very narrow stairs in the photo below lead up to the highest point of the castle, a teeny wee room. These rooms are always my favourite part of castles as they would have been used mainly by the owners, probably the lady of the castle – a great place to read or just get away from it all, although this one only has one small window and there’s nowhere to sit outside on the walls – as other castles often have. 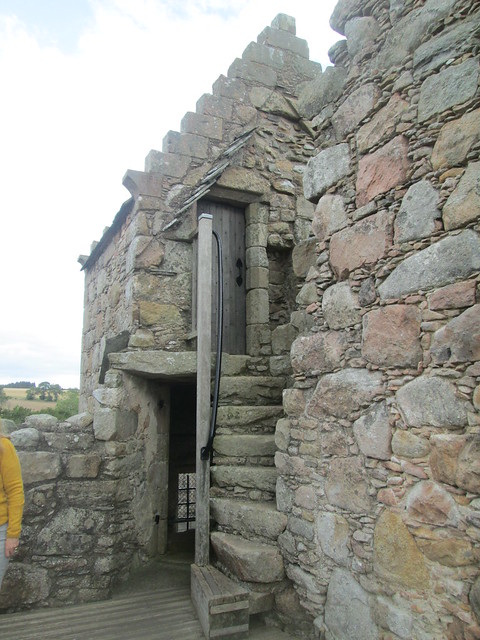 As you can see below it’s dark in there so maybe it was used for assignations! 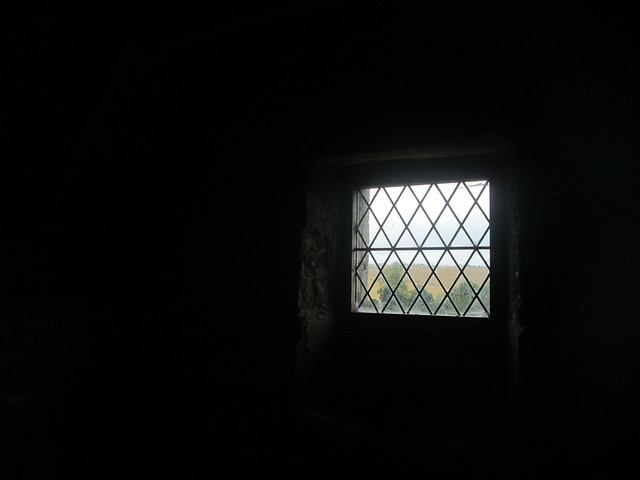 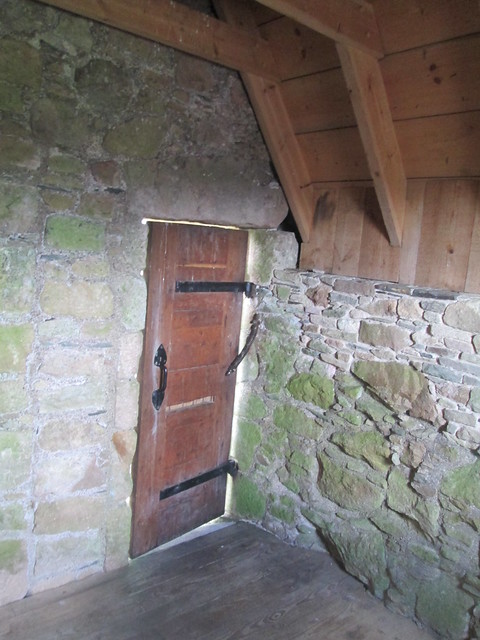 Below is the only straight and wide bit of the many staircases and must have been a later construction I think, built after the castle was used mainly as a home rather than a place of defence. 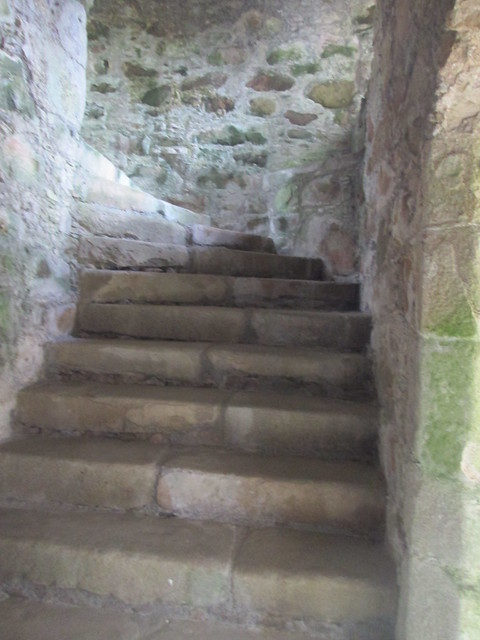 You get a good view from the top, but I was really interested in the two white bulls in the field below – well I think they were some variety of bull as there was nothing else in the field but they seemed placid. 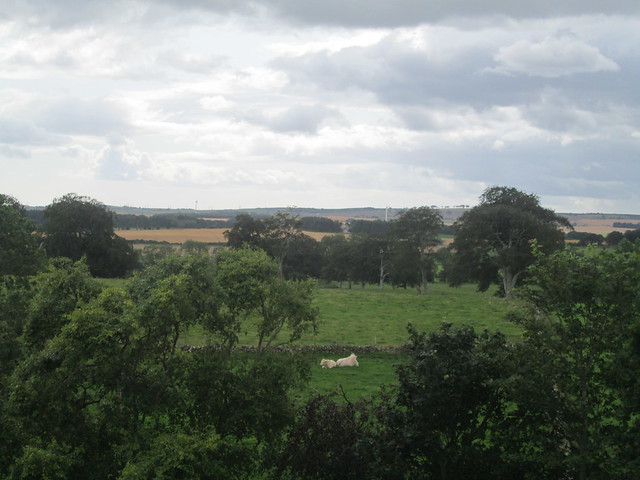 Castles are all very well, but most of us would have been living in a wee cottage way back then, if we were lucky to have one, and I would have been happy in one of these cute wee ones at the entrance to the castle. One of them is now a visitor centre. What about you – castle or cottage? 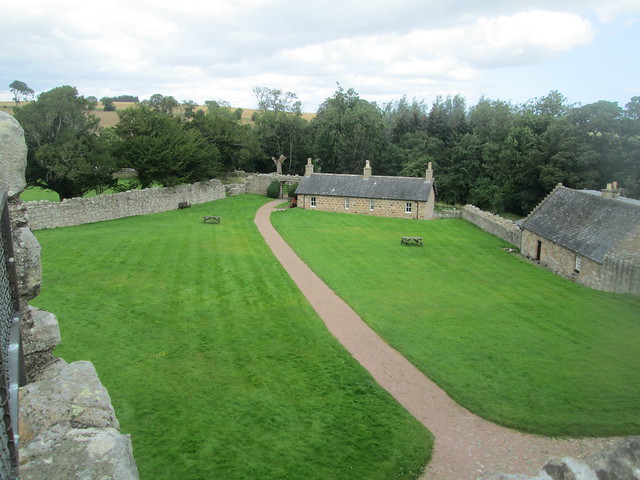