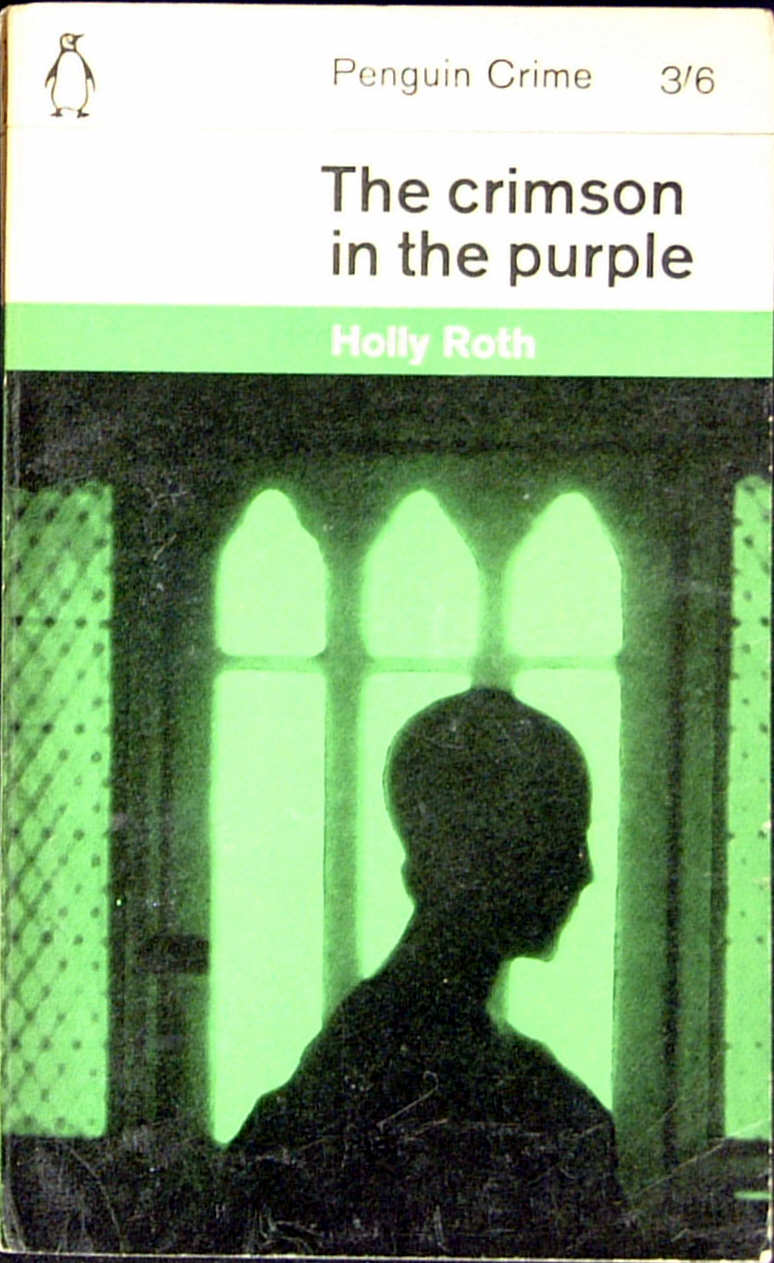 The crimson in the purple by Holly Roth was first published in 1957 and it’s the third book that I’ve read by the author, I really like her writing. She also wrote under the names K.G. Ballard and P.J. Merrill.

Bill Farland is working as a private investigator until his career as a playwright takes off, so when the youngest member of an American acting dynasty comes to him for help he’s very happy to take on the job, not just because he’s desperate for money, he hopes that it’ll be a chance for him to push forward his new play. It looks like someone has been trying to poison Catherine Hadden who seems to be being treated as a dogsbody by the rest of her illustrious family of actors and set designers. Catherine is their housekeeper in the large Victorian pile that Dominic the head of the dynasty refuses to sell. Strangely Catherine has been told that there’s no money for her to go to college.

Bill Farland is invited to a dinner party at the Hadden family home as a friend of Catherine’s and to begin with he’s rather star-struck but in no time he’s gone right off Terratta Hadden whom he had idolised previously as in real life she’s a bitch. In fact the Haddens are a fairly ghastly bunch who behave badly even in front of guests. Things quickly go from bad to worse, but I don’t want to say any more about that.

For me this was a tense psychological thriller and I didn’t guess the ending which is always a big plus. The book would have made a really good film I think but maybe it was thought that the private detective scenario had been used enough in films by the late 1950s.

2 thoughts on “The crimson in the purple by Holly Roth”