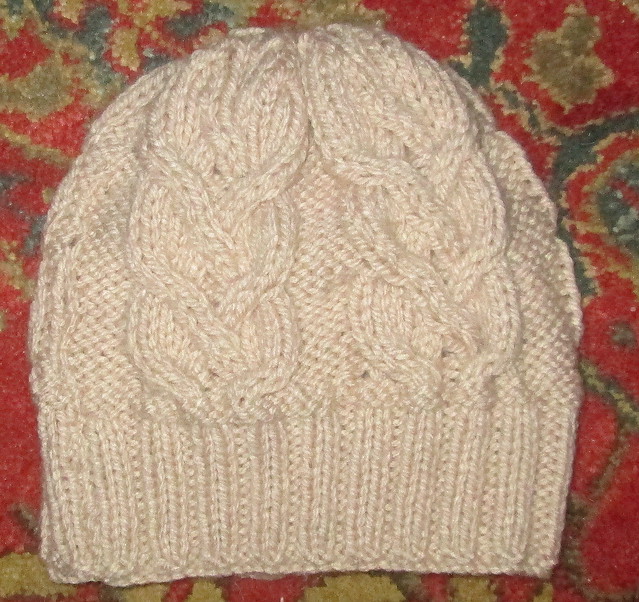 I had yarn left-over from my recent chunky jumper knit project so decided to knit a hat to keep my lugs warm. I’m quite pleased with it. I knitted it from a pattern in a book that I borrowed from the library, but the pattern had two mistakes in it! One pattern row misses a line of the instructions out completely which would be particularly confusing to less experienced knitters, but more annoying was the mistake which describes the wrong side as the right side after knitting the ribbing. I thought it couldn’t be right but stupidly decided I must be the one in the wrong. By the time I realised I WAS right I didn’t feel up to ripping it out. The upshot of that is that right at the beginning there’s a row of plain stitches which shouldn’t be there, but I don’t suppose anyone is going to be scrutinising it on my heid! I remember way back in the 1960s my mother said that she wasn’t going to knit any patterns from her weekly magazines again as too often there were misprints.

Anyway, I’m now swithering about whether I should make a bobble for my hat or leave it as it is, what do you think?