It was way back in September when we visited Calke Abbey, a National Trust property which I had heard about but never seen before so when we saw it on the roadsigns we decided to stop off there, we weren’t in a hurry and it was a beautiful day. In fact it wasn’t all that easy to get there, the road to it becomes very small and twisty turny and it isn’t well signposted from there. We had to stop a dog walker to ask directions and it turned out that we were very close to it, it just wasn’t visible. I think we took an alternative entrance, one favoured by walkers. The house is in Ticknall, Derbyshire which I think might be my favourite English county. 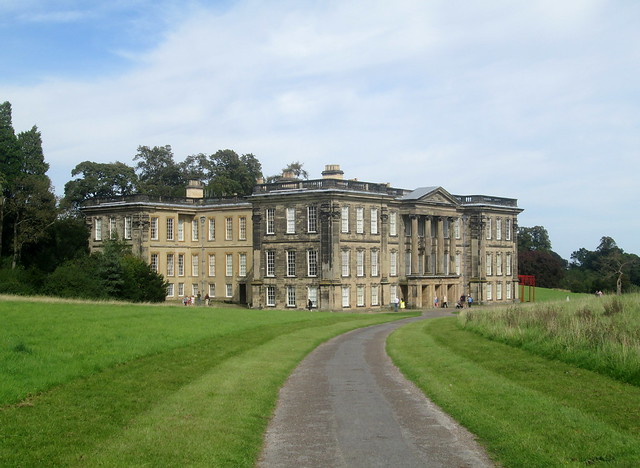 There were people all over the place, it’s obviously a favourite destination for loads of people, many of them probably just stick to walking around the grounds, there were a lot of dogs. Apparently Calke Abbey never was an actual abbey, one of the earlier inhabitants had changed its name thinking that ‘abbey’ sounded more up-market.

It’s unusual for a National Trust property in that they took the decision to leave it as it was when the owner left it to them, instead of putting it back to how it would have been in its heyday. It was a good decision I think as it had been left untouched for generations and they never threw anything out, just moved stuff into store rooms when they weren’t needed any more. When the National Trust took it over only six of the rooms had electricity and they’ve just kept it that way.

On getting close to the house we could see a row of vintage cars and lots of people about, including a couple who had evidently just got married. 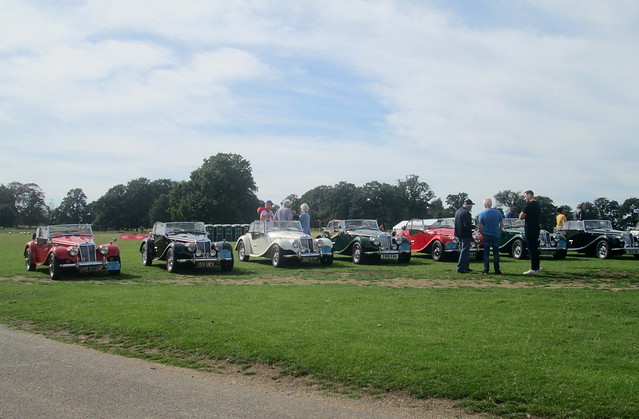 With the help of their very large dog. 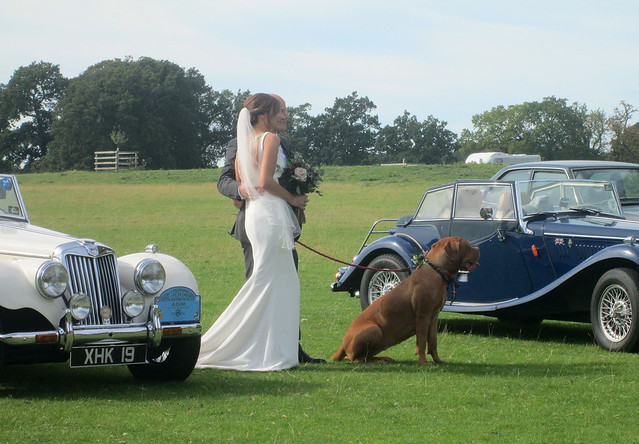 I must admit that as we had a family wedding coming up last February I had become slightly addicted to watching that TV programme Say Yes to the Dress (much to Jack’s disgust!) and I have to say that there have been very few of them that I would have said YES to, but this bride got it right, she looked so elegant in her dress – just perfect. Then I think they got in the white car and drove off, but I’m not sure as I didn’t like to gawp too much at them. I wonder if the dog fitted in! 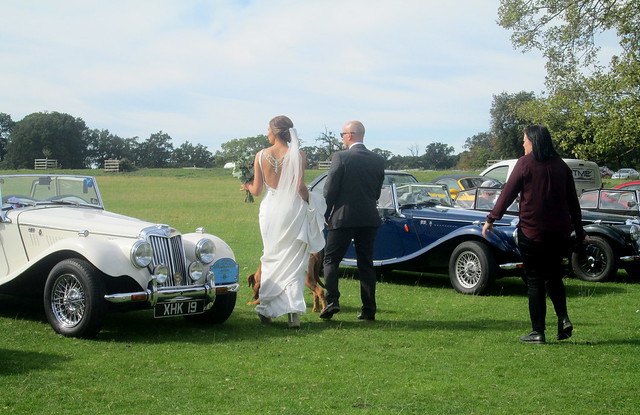 The badge on this car says Hutson. The blue plaque reads Rural Leicestershire AGM. A car club I assume. 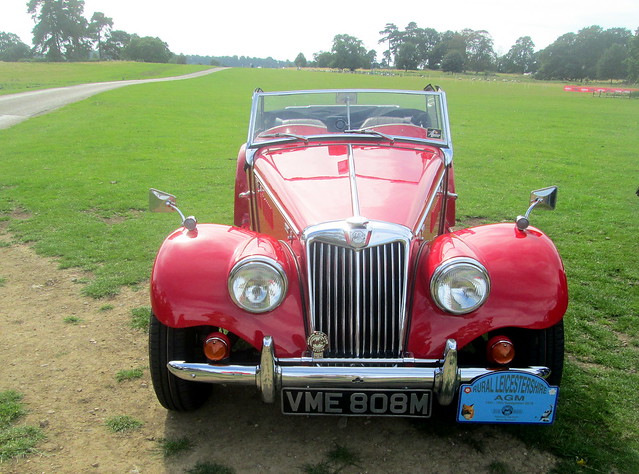 Anyway, that’s what was going on outside, tomorrow I’ll show you some of the inside.