While we were visiting Gladstone’s Library at Hawarden in North Wales we took a trip to the nearby small town of Mold. It was the morning and seemed like a nice bustling sort of place, full of locals going about their business. On our wanderings around we spotted this old church called St Mary’s which turned out to be quite historic. Sadly we weren’t able to get into it. 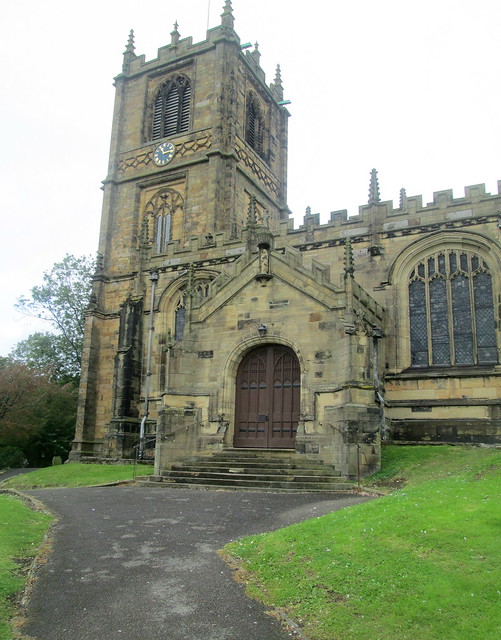 But the information board outside was interesting. The church was built/funded in the 1480s by Margaret Beaufort, the mother of Henry Tudor.
The church was built in thanksgiving for Henry’s victory at the Battle of Bosworth Field. 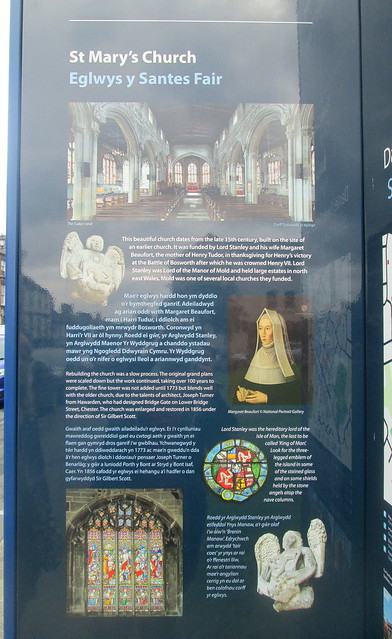 The gravestones seem to have been re-arranged over the years and I doubt if many of them are really marking the actual grave of the person named. Most of them were written in Welsh but it seems to me that Welsh women keep their husband’s name after they die as women do in England too. Of course in Scotland the name on a gravestone is her maiden name, it makes life much easier for people doing family research I think. 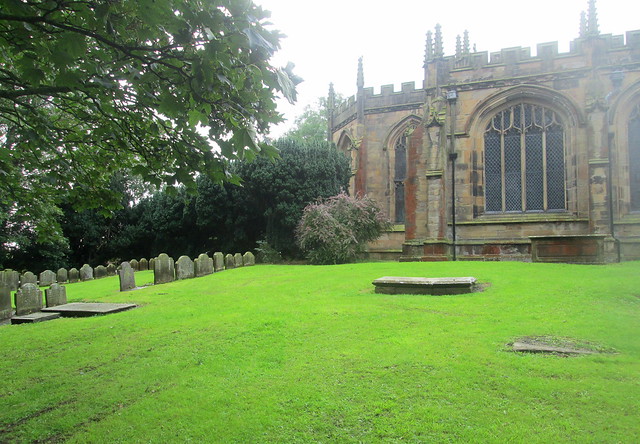 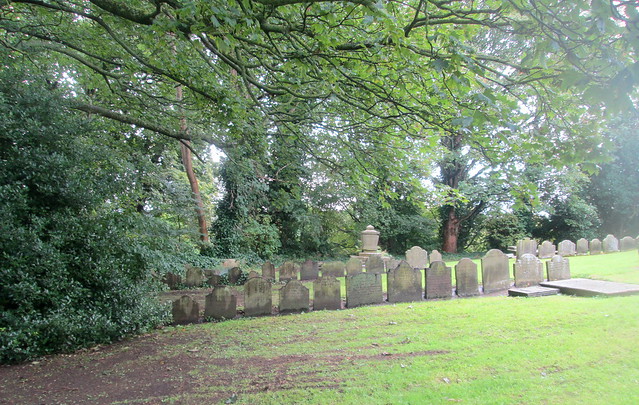 It’s a very grand church for such a small town but it’s such a shame that the locals haven’t managed to organise some volunteers to show people around the church – at least during the summer months, and make sure that nobody can vandalise it. Apparently vandalism has been a problem in the past. The old church in the teeny town I live in manages to keep the chuch open with volunteers in the summer, and it’s a focal point for people walking the Fife Pilgrims Way.

Directly across the road from the church is this Tudor building which has lovely old diamond paned windows. I waited and waited for that car to move, but although the driver was sitting in it he seemed determined just to stay there staring into space. I suspect he moved as soon as we left the area! 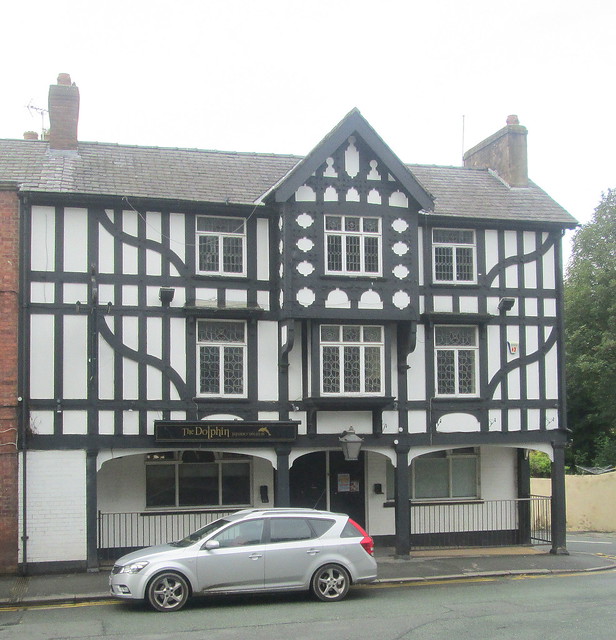 If you happen to find yourself in the area of Mold it’s worth a visit, but there doesn’t seem to be much else of interest around there, or if there is – we missed it!