On Friday morning we left home to travel up to Aberdeen so that Jack could go to a football match there the next day, but we stopped off at Dunnottar Castle near Stonehaven on the way. We had never been there before, but since we visited it seems to be popping up everywhere as it featured on a TV programme yesterday and when I visited the National Gallery of Scotland in Edinburgh today I saw a beautiful atmospheric painting of it by Waller Hugh Paton, see below. 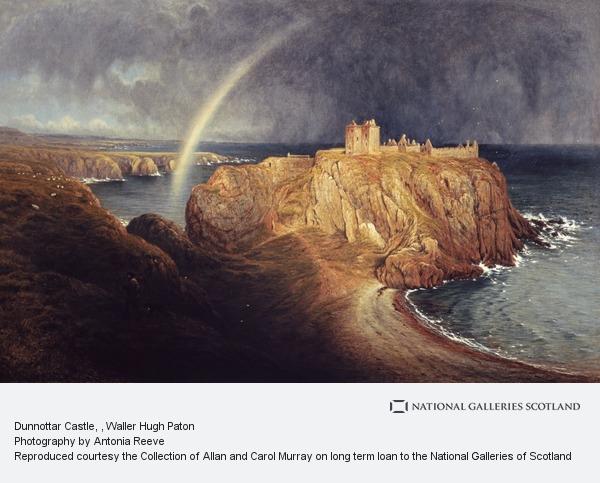 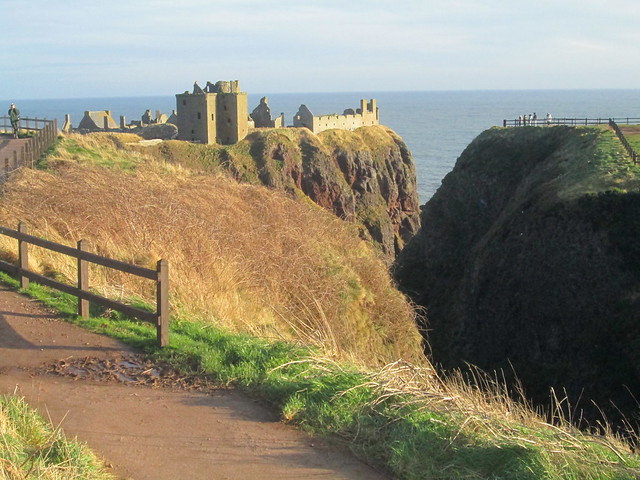 This castle is not for the faint-hearted or those who aren’t too good on their feet as there are lots of steps leading down towards the castle and then yet more steps leading up to it, the ground is uneven, but it all adds to the atmosphere. The location is fantastic as the castle is built on the edge of cliffs, 160 feet high above the North Sea with wonderful views out of the windows of what is now a ruin. It must have been an amazing place to live in in its heyday though and the lady of the castle had a wooden balcony at her bedroom window although I’m not sure that I would have fancied sitting on a balcony hanging over the sea. 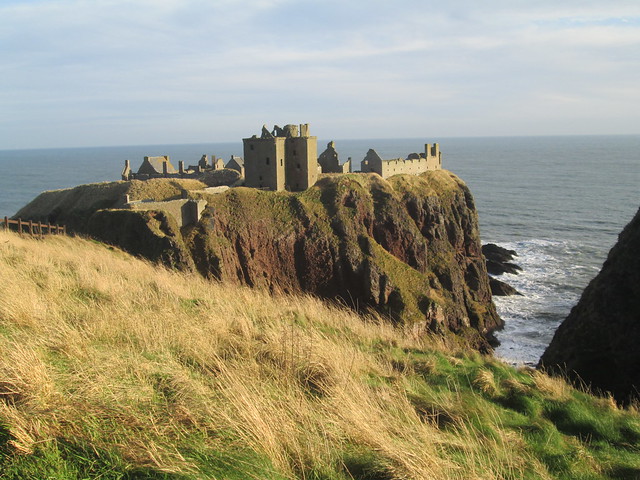 Given the location and rockiness it’s not surprising that Dunnottar has long been a fortification with the Picts having a wooden fort there before a stone castle was built in the early 1300s. King Aethelstane of Wessex made a raid on the place in 934 but in the year 900 it was the Vikings who were having a go at King Donald II here. Mary, Queen of Scots visited – where didn’t she visit I ask myself, but at least she wasn’t imprisoned here. I took lots more photos, but I’ll keep those for another day. 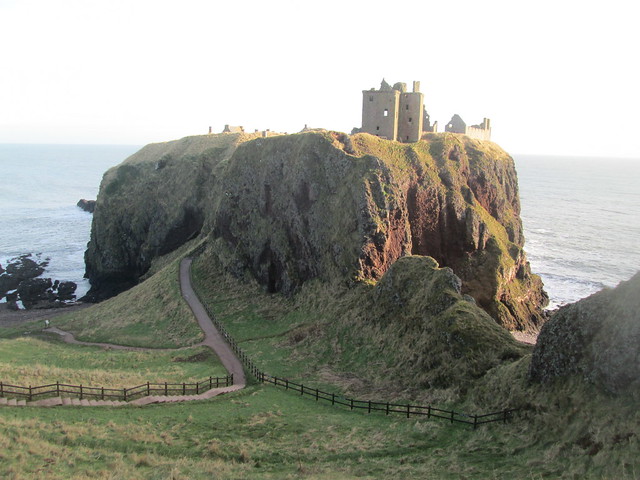