Walking around the village of Luss by Loch Lomond last week, it was difficult to get photos of the houses but I managed to take the photo below of what I think is just about the cutest cottage in the village, peeking out from behind its hedge. It’s a shy one. Or maybe the owners fear that tourists might keek in the windows, it has been known elsewhere! Those elevated parts of the roofline above the windows are known in architectural circles as ‘cat slides’ for some reason and Jack and I live in hope of seeing an actual cat slide down one. These ones are very small and not like the usual cat slide dormers. 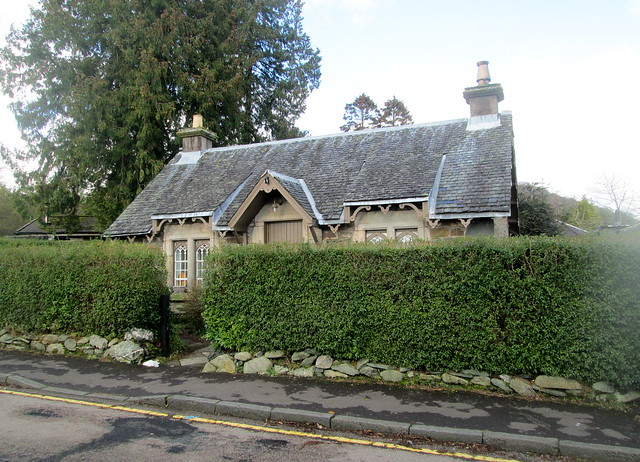 Walking a bit further along we reached the church which was shut, a bit of a shame but maybe it’s open at the height of the tourist season. There are a few images of the inside here. 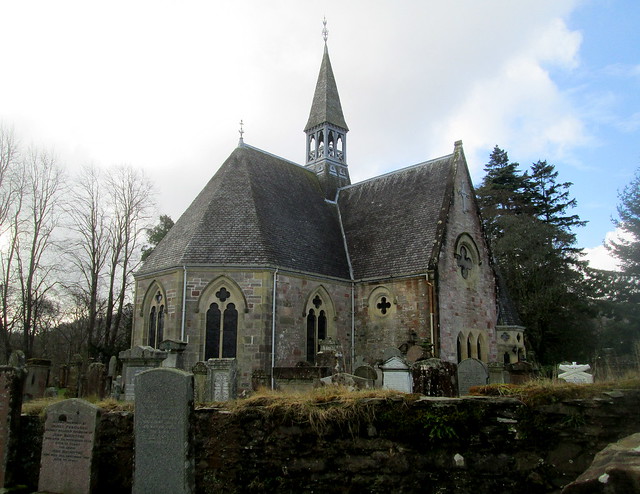 This Church of Scotland building dates from Victorian times but there has been a place of Christian worship at the site for over 1500 years, it was formerly dedicated to Saint Kessog and has some really ancient graves in it including this Viking hogback grave below dating from around 1200. 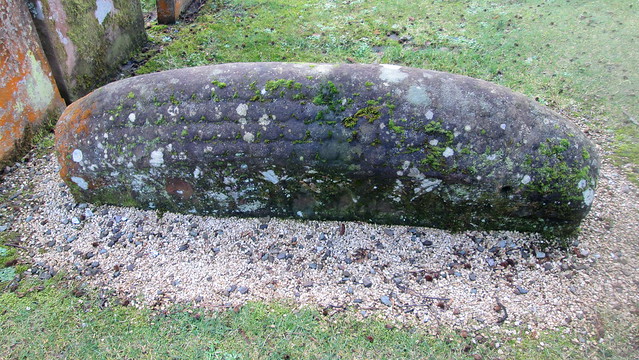 You can still see the decoration on it, I think it’s just designs rather than any letters or runes.

We had planned to walk over this wooden footbridge but as we got closer we realised it was all blocked off, apparently it’s dangerous at the moment. Anyway we walked past and onto a path which bypassed it and I managed to get a photo of the church steeple in reflection, if you look closely. 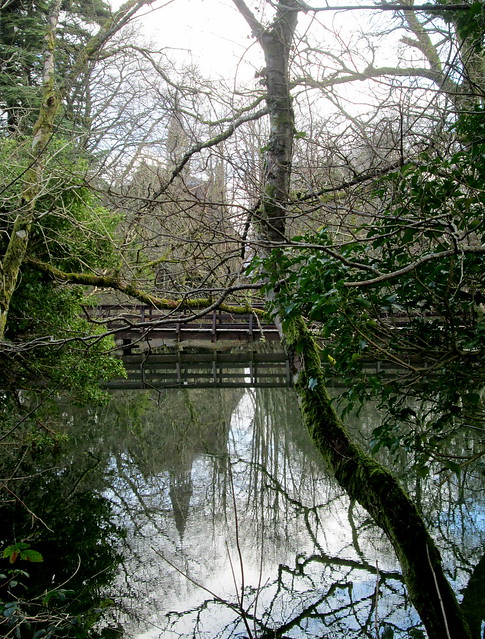 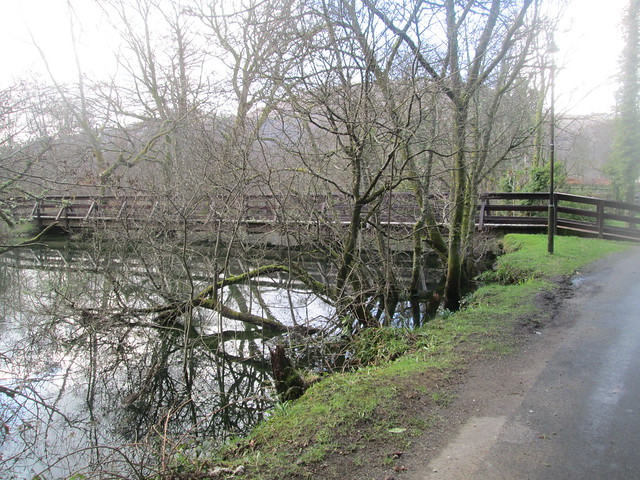 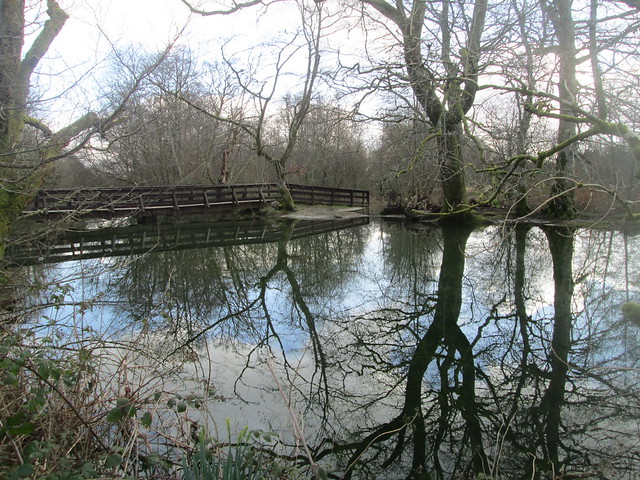 Then on back around to the village again. 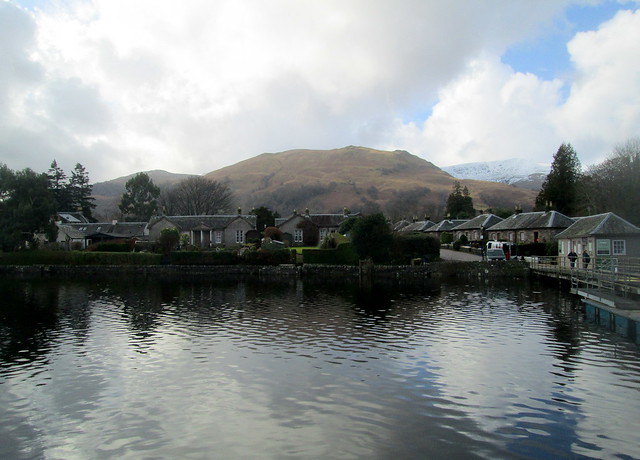 One of the cottages is being re-roofed, not before time as it looked fairly derelict otherwise. 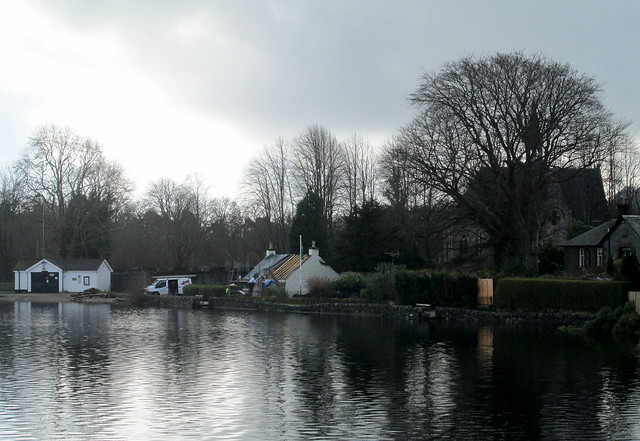 I imagine that although these houses must be really quite small inside they won’t be at all cheap to buy, at least there’s no danger of anyone building in front of you and spoiling your view. 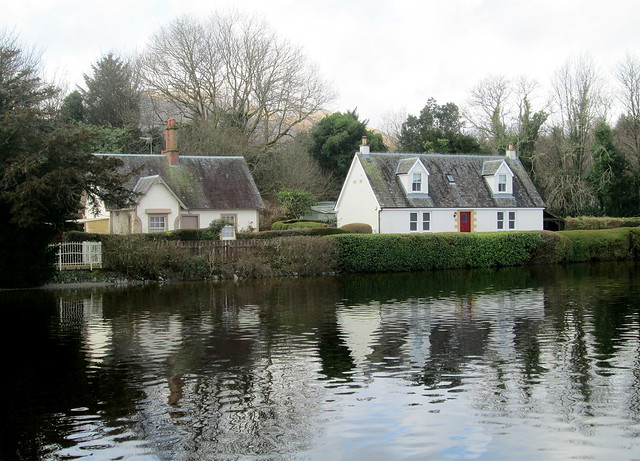