The yellow rose ‘Golden Showers’ at my front door has started to bloom again. I had intended liberating it from the large tub it lives in, hoping that it might flower for a longer time if it is in the earth, but never got around to it, also I have no idea where I could shoehorn it in! 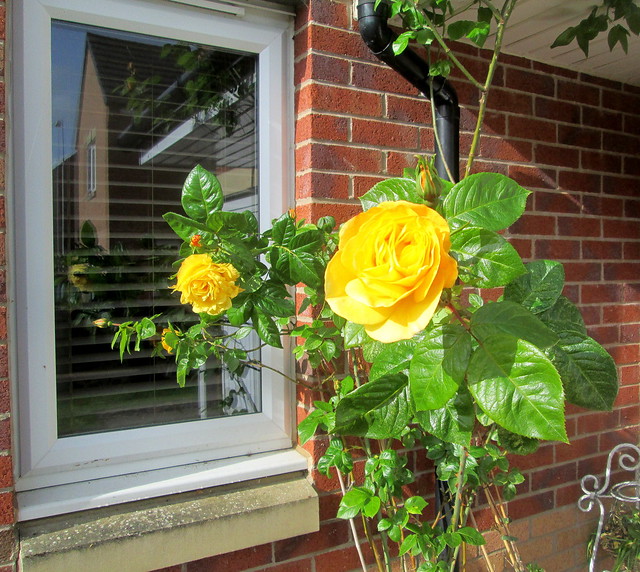 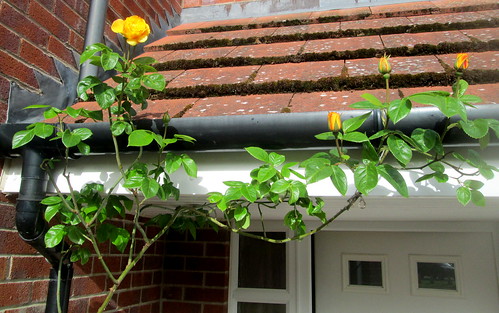 The video is of a bit of my back garden. It’s very short and I did it mainly to capture some of the birdsong that fills the air most of the time. 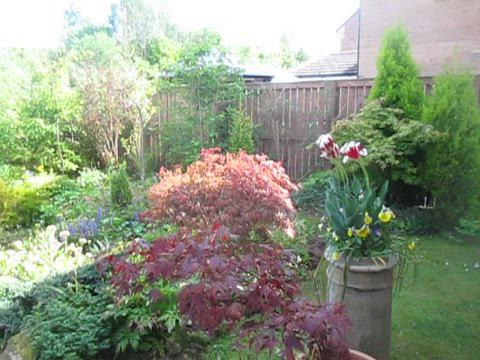 I’m not great at recognising birdsong, I’m a bit better at bird spotting, but one day late last week I was sitting reading in the sun room when something brown flew past accompanied by a lot of screeching from the ever present sparrows. When I looked out the window I saw that some sort of raptor was sitting on the grass, it was Jack that realised that it had something in its claws. I suppose we now have one fewer sparrow around the place, slightly upsetting but I tell myself that the kestrel (?) has to eat too. This bird was like a much smaller version of a female sparrowhawk, I suppose it may have been a very young one, but I suspect it was a kestrel – whatever – we hadn’t seen one in the garden before. 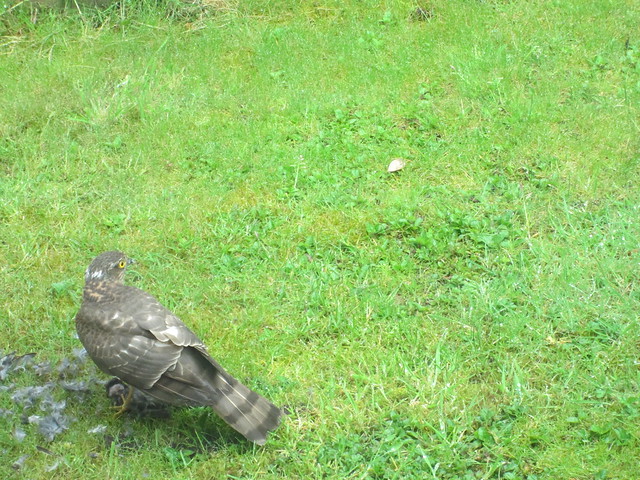 6 thoughts on “My garden in Fife, Scotland”