I’ve been looking back at the photos of our Baltic cruise last year and I realised that I hadn’t blogged about our visit to Aalborg which is apparently Denmark’s fourth largest city. It didn’t feel like a city really but it did have plenty of people bustling around and has lots of shops. I liked the building below, so quaint despite being large. 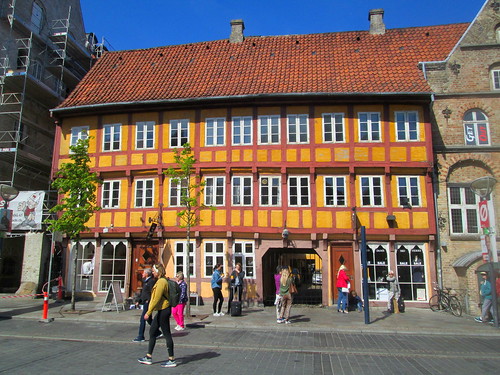 It’s very clean, I liked the restrained decoration of the building below, it’s a pity that part of it’s inhabited by those golden arches that seem to get everywhere. 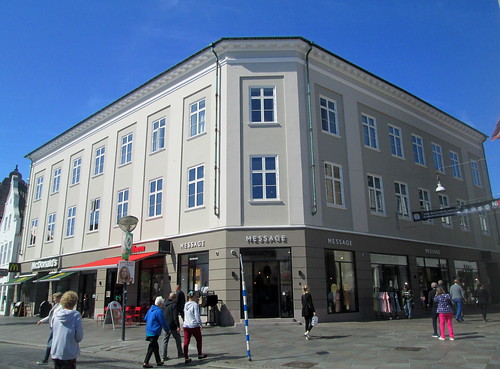 The building below reminds me of an old pipe organ at the top. 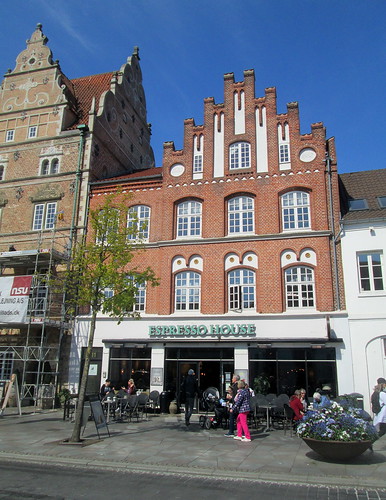 And this one seems Germanic, but they share a border so that’s not surprising.
I love fountains so was happy to sit by this one for a while, and get a bit wet. 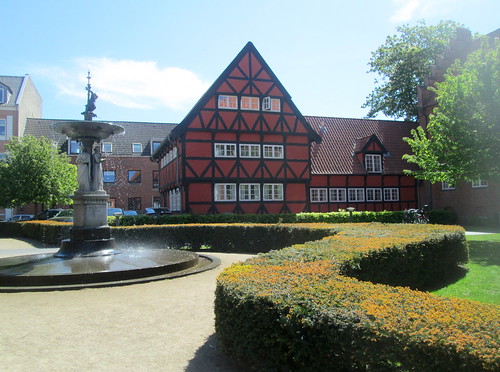 while admiring the house below. 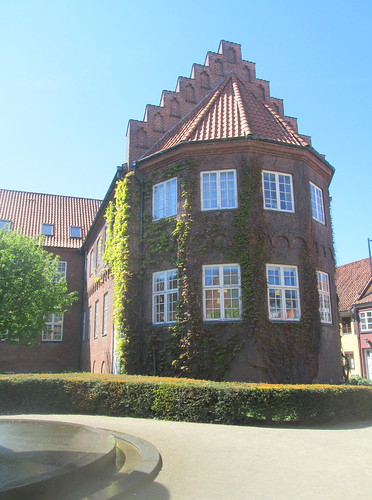 The pansies looked good, but they always do. 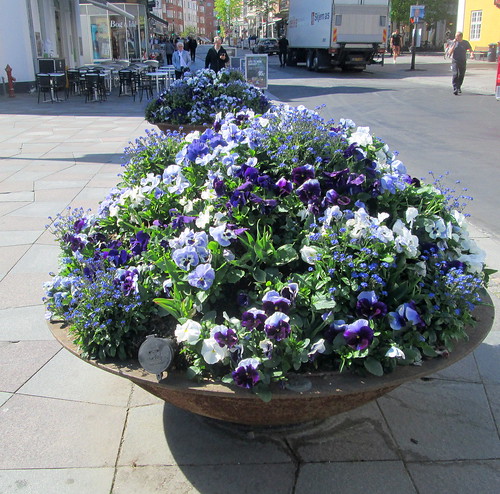 Below is a small street which wasn’t far from the city centre but was so peaceful. I think this place would be nice to live in, close to a park and the town. 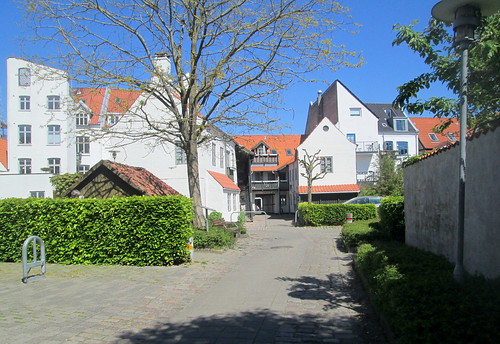 The public loos in a wee park sported some grafitti, but also a thatched roof which helped with the quaintness. 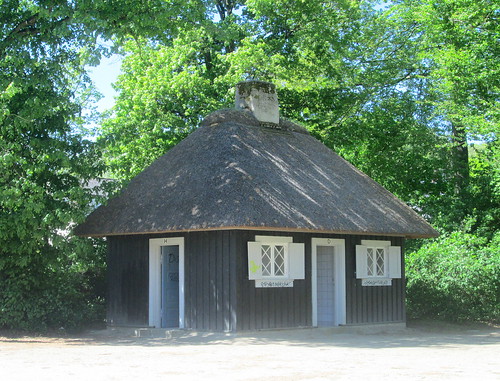 I think that Denmark is called the land of fairy tales, which probably prompted this park of ‘singing’ trees. It’s a good idea, each tree has been planted by a famous singer and generally they are thrilled to come along and plant ‘their’ tree, it’s all good publicity I suppose. There’s a wooden block in front of each tree and you press a button to hear the famous singer’s best hit. Unfortunately none of them worked! I think they were having trouble with the electrics. I believe that Cliff Richard was the first person to be honoured in this way but loads of famous people had followed him. 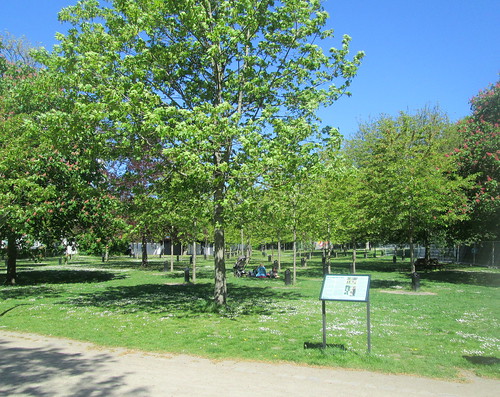 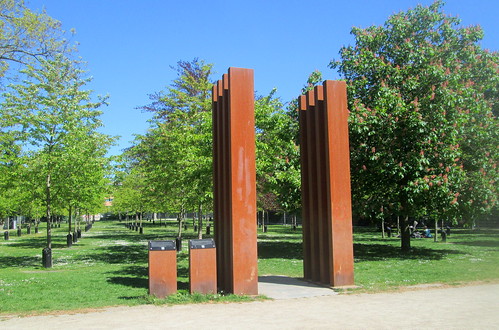 So that was Aalborg, a pleasant place to spend an afternoon and stretch your legs when you’ve been on a ship for days. According to the European Commission the inhabitants of this place are the most satisfied people in Europe with their city. I must admit that I would never go on another cruise, it was bad enough when all you had to worry about was norovirus from people who don’t wash and sanitise their hands as they should, it doesn’t bare thinking about with Covid-19 rampaging. Obviously not everyone feels that way though as I have friends who have bookedup for 2021, expecting that there will be a vaccine by then. Hmmm – I have my doubts.