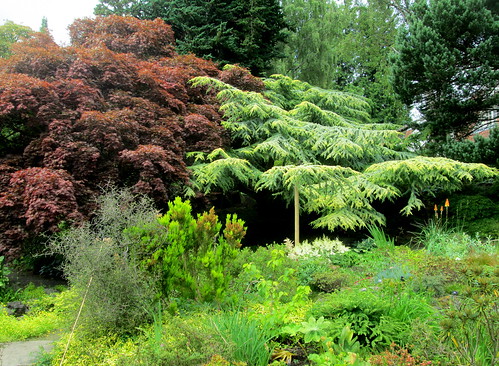 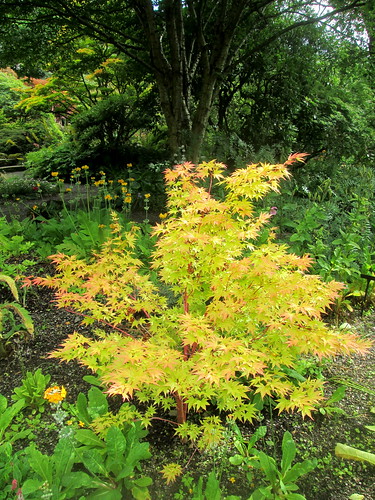 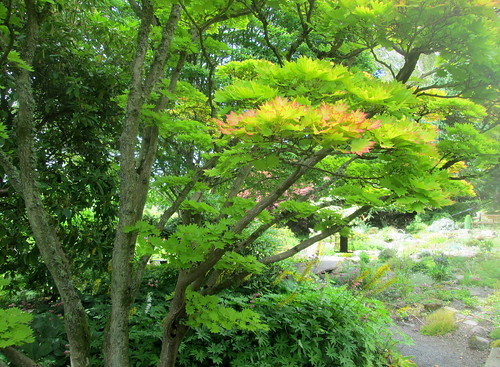 From Saturday we in Scotland were allowed to travel further than five miles (unless for food shopping) for the first time since the lockdown began in early March. So we took the opportunity to visit Branklyn Garden in Perth, on the way to visiting family thirty miles away from us. As you can see from the three photos above Branklyn has some lovely acers/Japanese maples.

This type of cherry tree bark just keeps getting better every year. 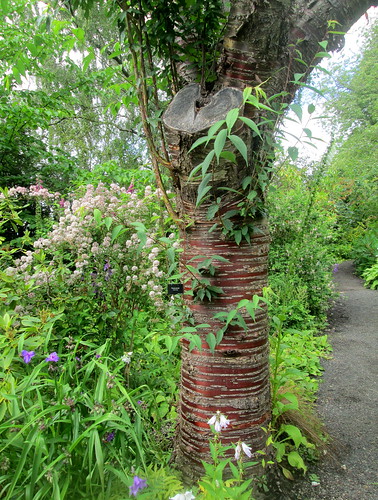 Below is a photo of delphiniums (I think) and an unusual Rhododendron with the new growth being coloured a sort of pale orange. 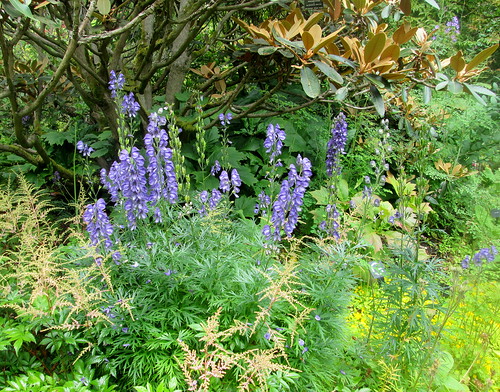 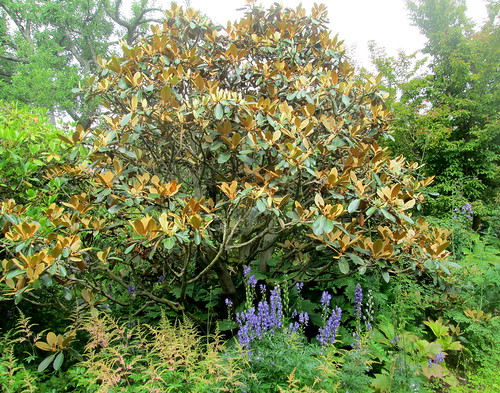 Quite a few other people had had the same idea and I was surprised to see that the cafe was open, (but only for sitting outdoors.) Things felt almost normal – almost but not quite. There were masks and hand sanitiser at the entrance, but we had brought our own.

The garden is set in about two acres and dates from 1922 when this hillside orchard plot was bought by a couple who wanted to build an Arts and Crafts house there surrounded by a garden which has lots of winding paths around gorgeous planting.

Nowadays Branklyn Garden is owned by the Scottish National Trust. Sadly it was opened up just too late for us to admire the great banks of Himalayan Meconopsis, there were just a few stray petals left on them, not worth photographing. I was pleased to capture this fleeting butterfly though, I think it’s a tortoiseshell although I have no idea what the shrub is called. 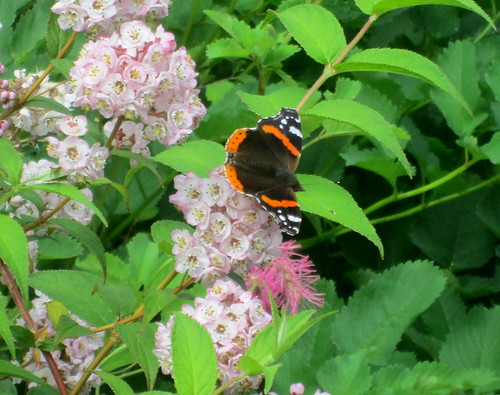