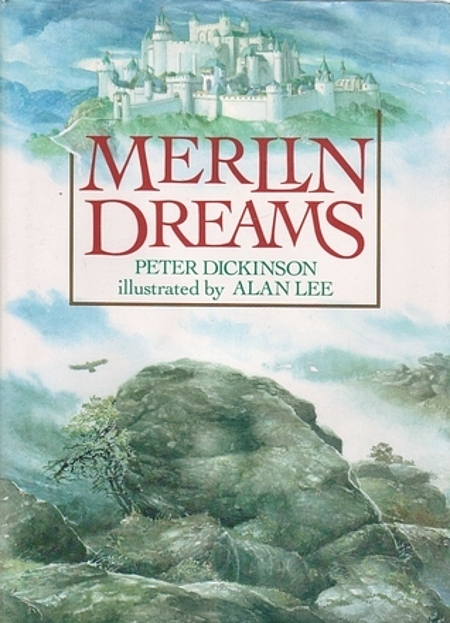 I had completely forgotten about Merlin Dreams by Peter Dickinson until I came across it while Bookshelf Travelling in Insane Times, so I decided to make it my next read – before I forgot about it again! The book is illustrated by Alan Lee, I really like his work, you can see some of it here.

This isn’t really a book for children, or if it is then they are older children. It’s 167 pages long and was published in 1988.

If you know the Arthurian legends you’ll remember that Merlin was tricked by the young woman he was besotted with and the upshot was that he is entombed beneath rocks, unable to get out and there he dreams – medieval Celtic fantasies.

As you would expect the stories feature dragons, swords, unicorns, mermaids. knights – the usual Arthurian fare – entertaining reads and good for bedtime, no matter what your age, and there’s some poetry thrown in too.