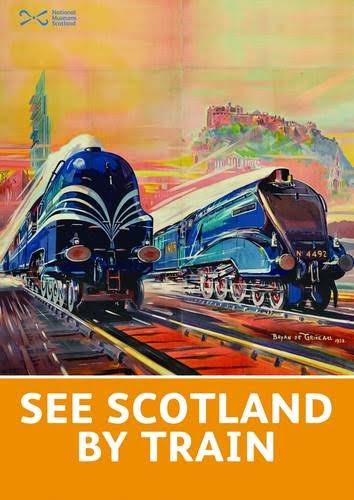 SEE SCOTLAND BY TRAIN is a slim paperback book (60 pages) produced by National Museums of Scotland and if you like those vintage railway posters that seem to have had their heyday back in the 1930s then you’ll enjoy the many images that appear in it. 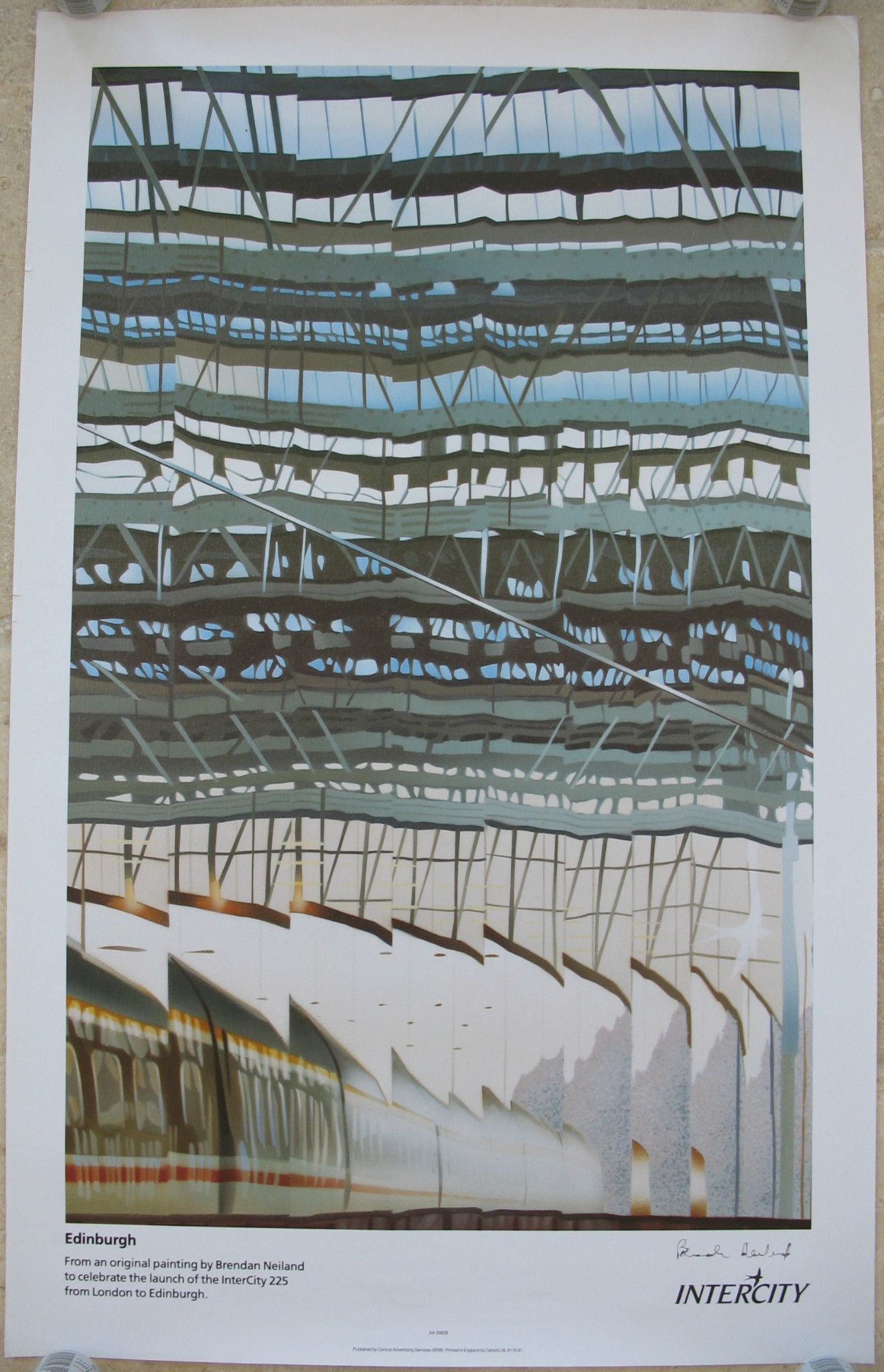 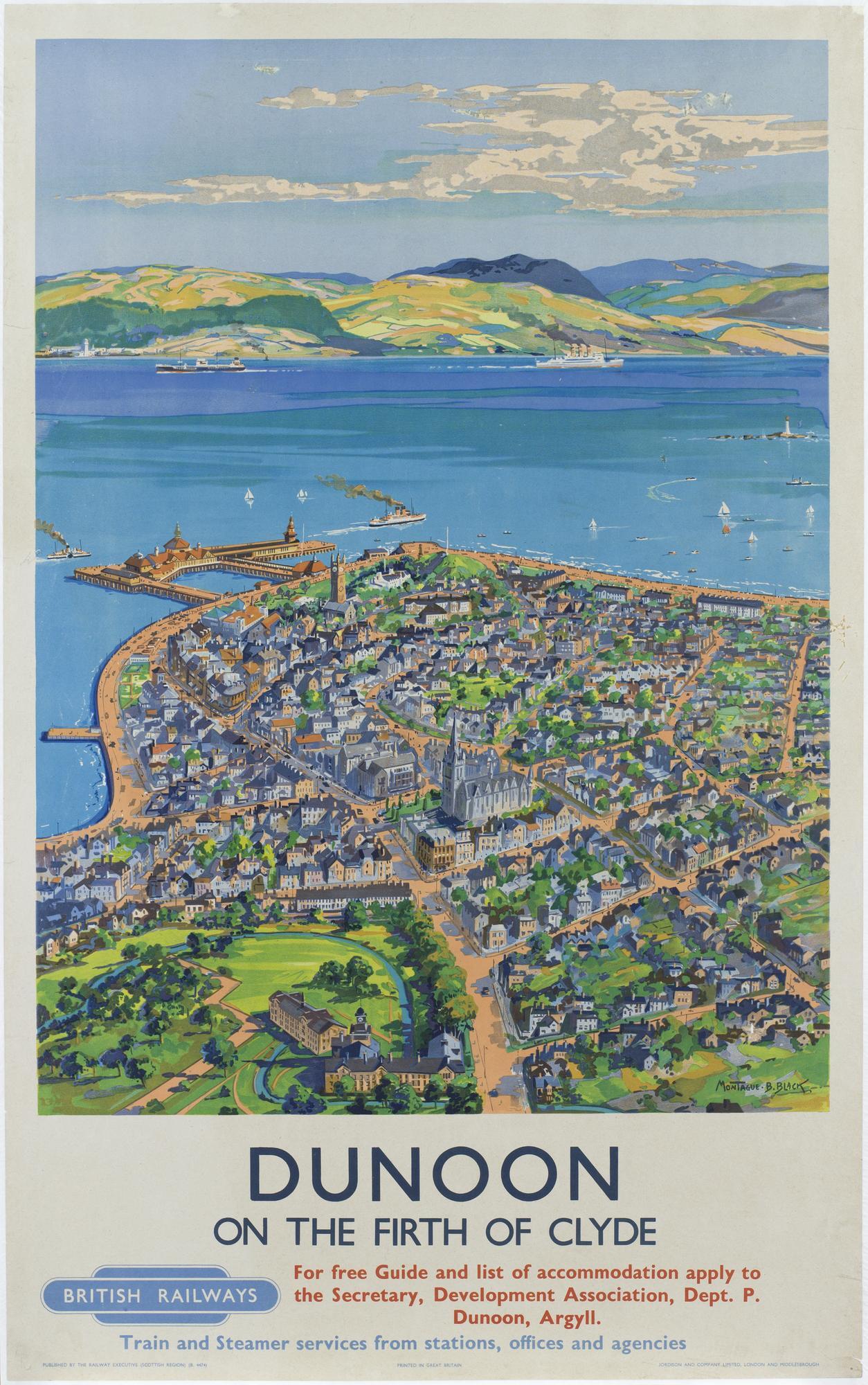 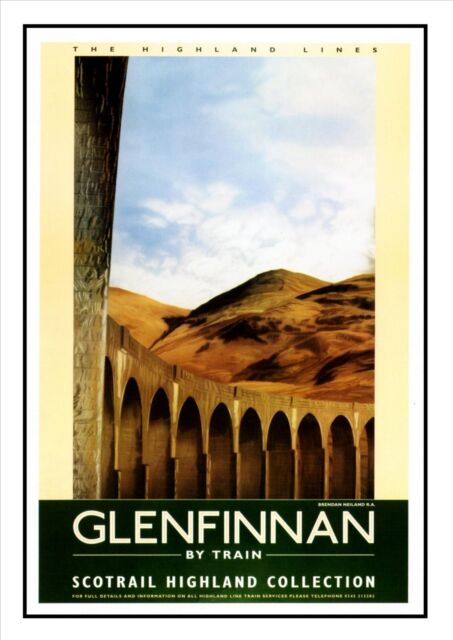 The Dunoon poster is a reminder of ‘home’ because as the crow flies it’s not far from where I grew up. By the way – when I was speaking to a young woman recently I used the phrase ‘as the crow flies’ and she had no idea what I meant!

The Glenfinnan poster is of the viaduct which is used in the Harry Potter films, it’s a very scenic area but you don’t really get the sense of that in the films.

The Waverley Station (Edinburgh) poster is very modern, stylish and fairly recent. It’s the sort of art that you have to squint at but if you know the station you will recognise elements of the building. I like it anyway.

If like me you like British Rail travel posters you can see many more of them here. Sadly those ones don’t appear in this small book.

The Glasgow Electric poster below is a real nostalgia trip to me as the ‘blue train’ as everybody called them was the kind of train that I used to go up and down to Glasgow frequently. I remember when I moved from the west of Scotland to the south-east of England I was shocked to discover that the trains I had to use there dated from the 1930s. 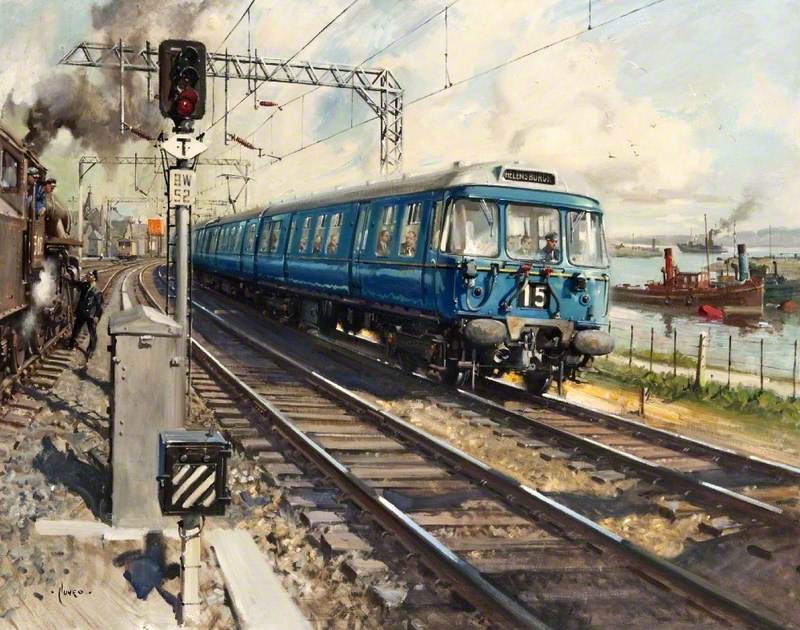 2 thoughts on “SEE SCOTLAND BY TRAIN – National Museums of Scotland”