Our usual morning walk for The Guardian has been somewhat fraught this week as each day the ice underfoot just got thicker, smoother and more dangerous. Crampons would have been the best choice of footwear, but not having those we just had to hang onto each other and hope that we didn’t both skid at the same time. Thankfully neither of us fell as obviously a visit to hospital with broken bones would be even more dangerous in these Covid times.

The path across the nearby golf course resembled a bobsleigh run, and we stuck to the safer option of walking on the iced up grass. 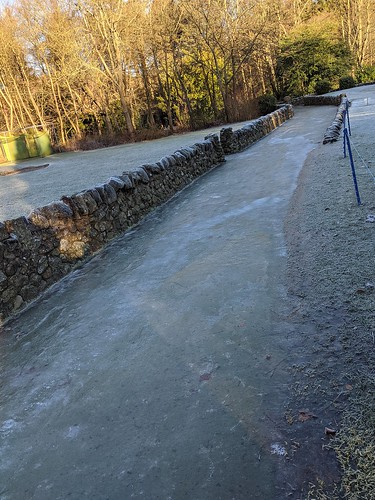 The recently flooded area due to all the heavy rain that we had had was very popular with ice skaters and ice hockey players though, and the sparkling landscape was pretty too, but I’m glad that a thaw is predicted for next week. Apparently the temperature here is set to be around -7 overnight tonight, which is 19.4 Fahrenheit – according to the internet. 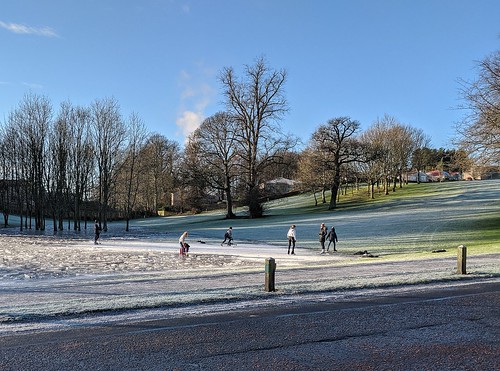 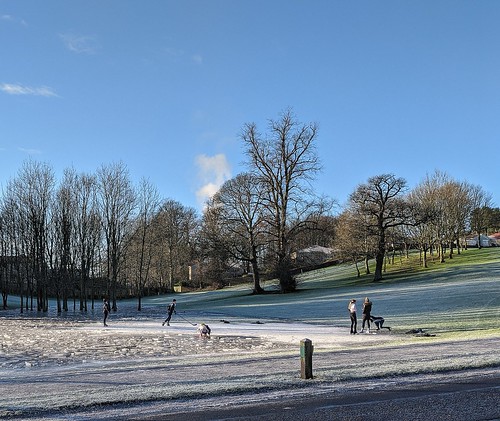 On a similar topic, I’ve really been enjoying a BBC 4 TV programme called Winter Walks. It doesn’t seem to be on You Tube though. In each walk a well known person takes a winter walk in the countryside while holding a small 360 degree camera, this week one of the walks was through the North Yorkshire Moors, there was also a coastal walk in Yorkshire, the Yorkshire Dales and Cumbria in the north of England. They’re all such restful viewing.

Perhaps Winter Walks is also on a channel near you.

4 thoughts on “A Winter Walk”