A couple of evenings ago I was watching a lovely programme Darcey Bussell’s Wild Coasts of Scotland, it’s on the UK’s Channel 4 but might be available on a channel near you too. Apparently her grandfather had been Scottish and she had always promised him she would visit some of his favourite places that he had obviously never forgotten about after he migrated to Australia, sadly she didn’t get around to doing it until after his death, but it was clearly a moving experience for her.

Anyway, in one of the episodes she had some Highland dancing lessons and I was surrised at how exhausting she found it to be. Admittedly it’s decades since I did the Highland Fling or sword dance, so Darcey is years older than I was, but she described it as part dance and part endurance sport as you’re constantly moving quickly. She seemed quite puffed out within a very short time. 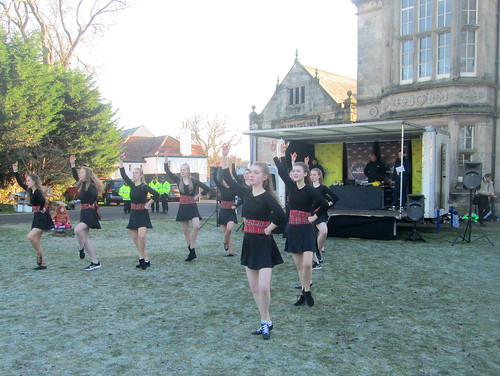 It reminded me that way back in November 2019, before Covid 19 appeared we had visited a St Andrews Day Fair at St Andrews. It was absolutely freezing, there was a Baltic wind and it was really the scantily clad dancers that impressed me, just because they were so stoical about the weather, but now I admire them for their strength and stamina! You can see the the ground was white with frost. I must say that when I did Highland dancing I was not dressed like them, I wore a proper kilt and white blouse! There’s a very brief video of them below, dancing to what sounds more like Irish pipes to me, there were certainly no Scottish pipers there, just piped music. 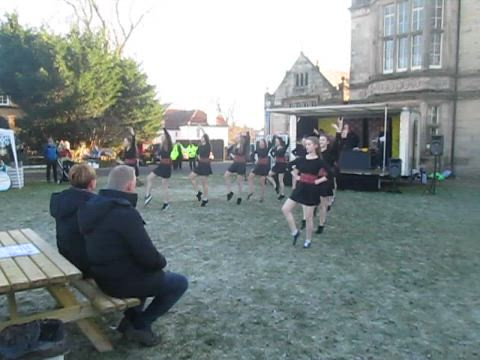 For some reason there was a vintage bus parked by the edge of the festivities. It has to be said that in Scotland we don’t make much of our Patron Saint’s day, not even in the town of St Andrews. It was really just an opportunity for some local food makers to sell their wares – we bought cakes of course! 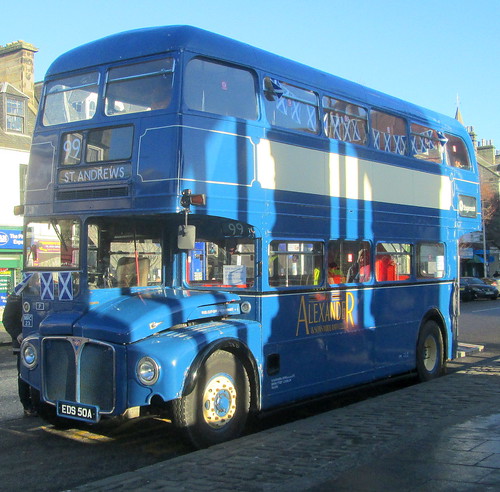