It’s a good wee while since I blogged about any books that I’ve borrowed from the library – so here goes!

The White Cottage Mystery by Margery Allingham was first serialised in 1927, but according to the Fantastic Fiction link it wasn’t published as a book until 1928. I think it’s the first Allingham book which I’ve read that doesn’t feature Albert Campion. I’m enjoying it, it only has 157 pages and I reached page 75 in one sitting. 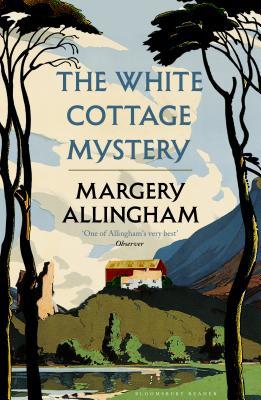 I decided to give M.C. Beaton’s Hamish Macbeth books a go so took out the first in the series Death of Gossip which was published in 1995. I’m not sure about this one and I’ve only seen snippets of the TV series, but I want to give it a go anyway as I know it was so popular. Mind you I’ve found that popularity is not always a plus where books or TV are concerned. 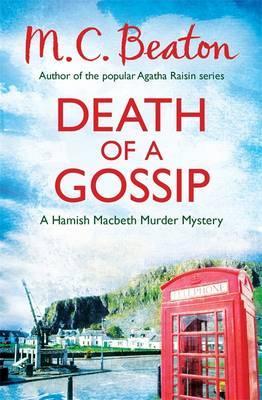 Another by Margery Allingham – Hide My Eyes was first published in 1958. I requested this book and I assume that I did that because a blogger that I follow had recommended it recently, but it’s always late at night when I go onto the library website to request books – or even early in the morning, and I can’t remember doing it! 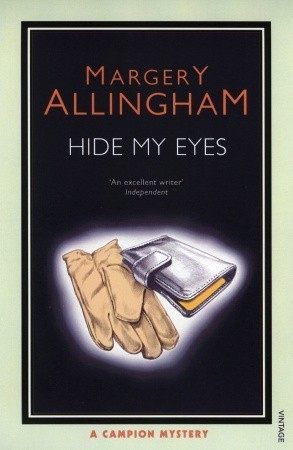 I decided to do a bit of research about Shetland as we’ve been meaning to holiday there for a few years now. Shetland by Ann Cleeves seems an ideal place to begin. It has some gorgeous photographs, but one thing puzzles me. Everyone says that Shetland is so different from Orkney (which we have visited) but from the photos they look very alike to me. Maybe the people mean it’s different in atmosphere. I hope we’ll find out one day – but it’s quite a difficult place to get to by car and the ferry trip is very long. Well it is about halfway to Norway I suppose. 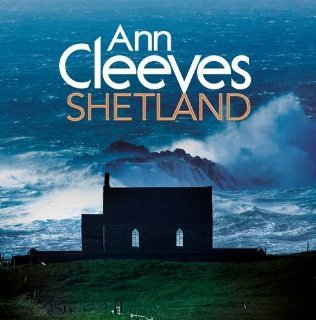 Have you borrowed anything good out of the library recently? I know I should be concentrating on reading my own books, but I also feel the need to use the local libraries to keep their stats up. I suspect that the local council would be happy to close just about all of them.

We stopped off at Moffat on our way down to the Lake District, it’s a pretty area and it has a second-hand bookshop. The author D.E. Stevenson lived there and is buried in the town. We parked the car in the High Street and within three seconds of getting out of the car we got into conversation with a local. This is something which would never happen in Fife – it taking a lang spoon and all that. Anyway, after the usual weather observations – well we are British – which included the info that we had come from Kirkcaldy, the chap said that he had been to Kirkcaldy once and it had been shut! Queue laughter!

However, I felt like tracking him down to tell him that Moffat was shut – as indeed it was! Apparently Wednesday is half day closing, but a lot of the shops hadn’t bothered opening up at all, including the bookshop. What a disappointment. But as you can see from the notices on the door, there’s quite a lot going on in the wee town. Well they have a murder evening and a quiz night anyway.

In fact we should have taken this as a bad omen because there were hardly any bookshops in the Lake District, it would seem that hill-walking and outdoor pursuits don’t go hand in hand with reading books.

There was a big bookshop in Whitehaven, which is quite off the tourist beaten track but although there were loads of books I only found one which I wanted to buy, and it wasn’t one I even knew about, but it was a D.E. Stevenson as it happens, called The Musgroves. I think that it isn’t one of her amusing ones though, it looks like a slushy romance, but it may just be that it has a terrible cover.

Apart from a book for one of my sons which I bought at Grasmere, that was it bookwise. Absolutely pitiful as I usually come home with an armful of treasures. When we got home I did manage to buy an old copy of J.B. Priestley’s Faraway, which I found in Kirkcaldy High Street of all places. The wee tobacconist at the east end has loads of books at the back of the shop, it was a complete revelation to us as we thought that he only had the few which he has in the window.

I don’t know why I’m complaining because I have hundreds of books at home, waiting to be read and I’ve just picked up Raven Black by Ann Cleeves and Losing Ground by Catherine Aird. I’ve also requested a couple of books by Joyce Dennys – Henrietta’s War and Henrietta Sees It Through. I haven’t read anything by any of those authors before, they’re all blogger recommendations.

Meanwhile my reading rate has slowed right down, I’ve been reading Georgette Heyer’s Duplicate Death for about a week now, that’s what happens when you go away.