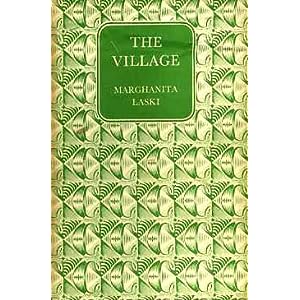 This is the first book by Marghanita Laski which I’ve read but I’ll definitely be reading more in the future. It was first published in 1952 and my copy is one of the books which I stumbled upon recently in one of those bookshops in Edinburgh which I didn’t even know existed, close by the east gate of the Edinburgh Botanic Gardens. It’s not a Persephone, it’s one of those Companion Book Club publications, just in case you’re interested in such things.

The story begins the night World War II ended. The inhabitants of the village of Priory Dean aren’t quite sure what they should be doing now that there is no need to worry about air raids and casualties of war. They’ve been dancing in the streets and the whole place is practically unrecognisable as they can actually see now that there’s no blackout.

Mrs Trevor and Mrs Wilson come to the same decision separately and so both take themselves off to their usual destination – the Village Hall where they would normally be on Red Cross duty, each of them dressed in the Red Cross uniform. They had always liked each other but they were from entirely different backgrounds and in fact Mrs Wilson had been a ‘domestic’ for Mrs Trevor in the past.

They have a lot in common really, their families are uppermost in their thoughts but Mrs Trevor is seen as one of the upper class families and lives in a large house while Mrs Wilson lives in Station Road which is a very much poorer part of the village.

A sense of ‘class’ stops them from being friends and when a romance springs up between their grown-up children – Margaret Trevor and Roy Wilson – the Trevors are appalled at the thought of their eldest daughter having anything to do with the Wilsons. But Roy Wilson had been a sergeant in the army and is determined that things are going to be different now that he’s in civvy street and earning very good money as a printer. As far as he’s concerned the forelock tugging days are over.

This is an entertaining and at times quite comical read. I saw a comment on a blog recently to the effect that all English novels were about class, it made me laugh but I did think that it was a wee bit unfair, because ‘class’ is a universal thing. Think of Mark Twain and Louisa M. Alcott. To Kill a Mockingbird is as much about class as it is about racism. I’ve always found Germans to be much more concerned about class than Brits are and every Polish person I’ve ever known has claimed to be of aristocratic blood!

So yes it is about class and the fact that Margaret Trevor has ‘no sense of class’ despite the fact that she is supposed to be from one of the ‘better’ families. She was the heroine of the story, unloved and taken for granted by her snobbish family, she rose above it all whilst they thought she was marrying down.

The world of Priory Dean seemed so familiar to me, in the 1970s, when I was young, there were still some dinosaur types around who thought they were better than everyone else but were penniless and up to their eyes in debt. Have they all shuffled off now? I hope so but you can never be quite sure.