How do you feel about flag flying? I don’t often stick my head above that political parapet but I’ve always been very suspicious about people and places who feel the need to fly a flag. I think it dates from when I visited Northern Ireland where flags are everywhere and then some months later the first time I was in France I noticed that the town hall doorways were flanked by enormous flags. I think it’s a manifestation of basic insecurity if you have to do things like that.

Recently there have been various Conservative MPs on TV seemingly vying with each other to see who can have the biggest and fanciest display of union jacks/flags – in their own homes – strategically placed for their webcams. Honestly I felt embarrassed for them and the TV journalists couldn’t help having a wee bit of fun with them. Those MPs must feel deeply insecure!

Anyway, to make matters even worse the news today is that all government buildings in the UK have been told they must fly the union flag. Previously they were only flown on around twenty days a year. It’s more than a wee bit worrying that in the middle of a pandemic there must be people in power who are wasting time on nonsense like this. It’s so obvious that they’ve been watching the copious displays of flags during the recent US elections and for some reason feel the need to emulate them.

You can read about it in this Guardian article.

It’s rather unfortunate that the union flag has been hijacked by the British fascists over the years, but then it seems that the Tory party has also been hijacked by them. It’s just very sad that David Cameron didn’t realise that himself and was so out of step with his party that he was clueless to the danger he was putting the country in when he caved in to them and had the EU referendum.

This building in Perth has a lovely array of wee flags, it has them all, or as many as they can fit on it anyway and they’re of equal status, click on it to enlarge it. 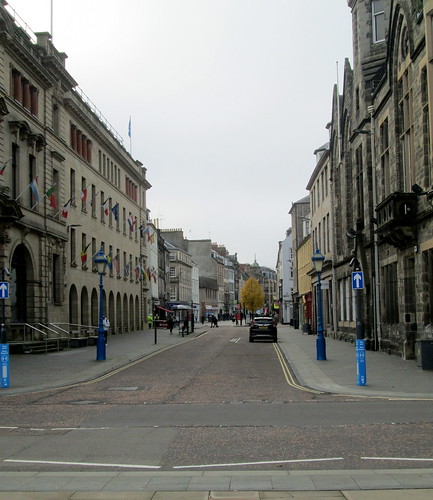 It was Samuel Johnson who said that “Patriotism is the last refuge of a scoundrel”. – Enough said.

I would just like it put on record that,

I WOULD NEVER TIRE OF SLAPPING GEORGE OSBORNE’S FACE.