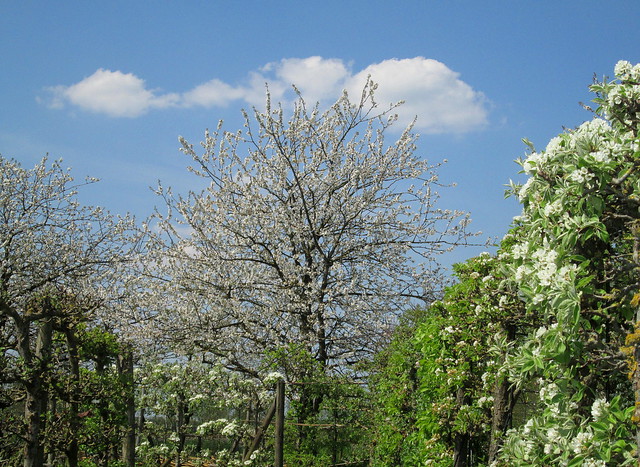 We visited De Kruidhof Botanic Gardens again when we were in the Netherlands last month. The last time we were there it was September and the fruit trees were in full swing, this time the fruit blossom was just beginning to bloom, as you can see. 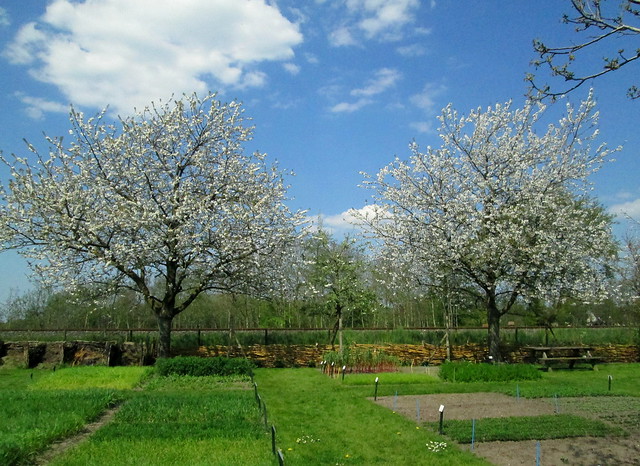 These botanic gardens are really lovely, but maybe a bit remote for many people, it was very quiet when we were there, just as it was the last time. They are situated in Friesland, north east Netherlands, quite a rural district. They have a good plant nursery attached to them.

Either the box balls below have been too enthusiatically trimmed, or they’re suffering from box blight as so many of them seem to be in the UK. Mind you someone did tell me that the box blight was just a reaction they have to being constantly cut back, that seems a reasonable hypothesis to me. Don’t be so brutal to your box plants and they’ll probably grow well, mine certainly do, but they could be described as being ‘shaggy’ not sculptured. 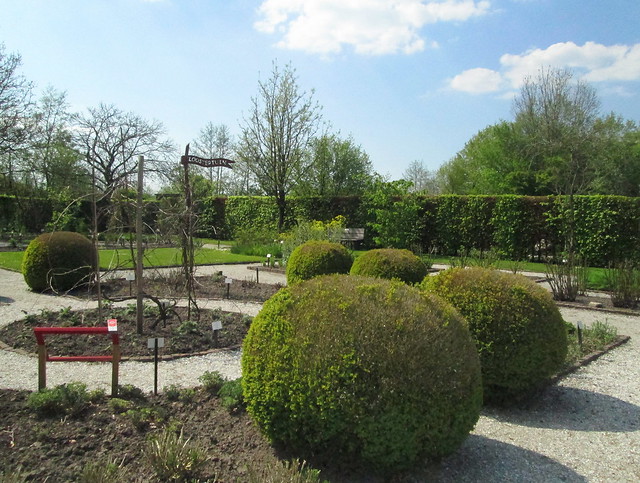 In the Netherlands though they have perfected the art of sculpting trees and the photo below is of a tree which is being trained to fit around the metal structure. 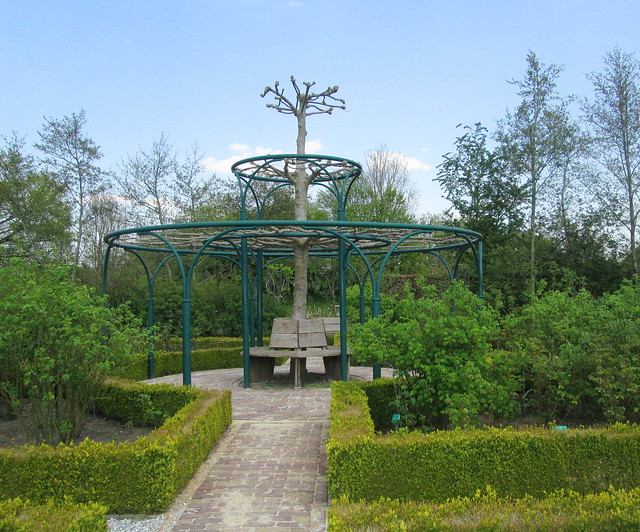 They take tree pruning very seriously. I like naturally growing trees but I also admire the regimented trees too. 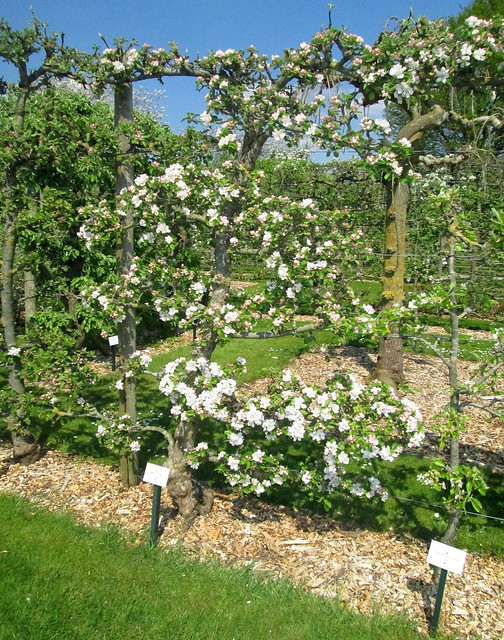 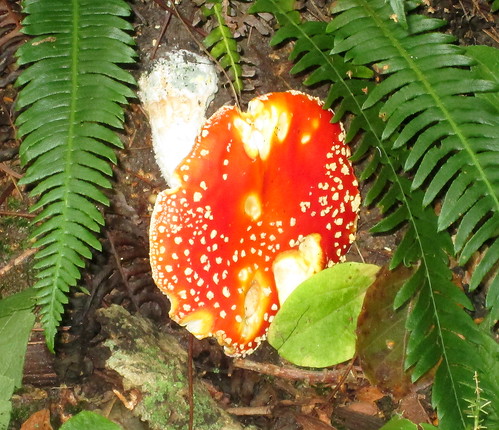 I don’t think I’ve seen anything like the fungus above, outside of a children’t book illustration. There was quite a colony of them, all shouting “poisonous” with their vibrant red colour. 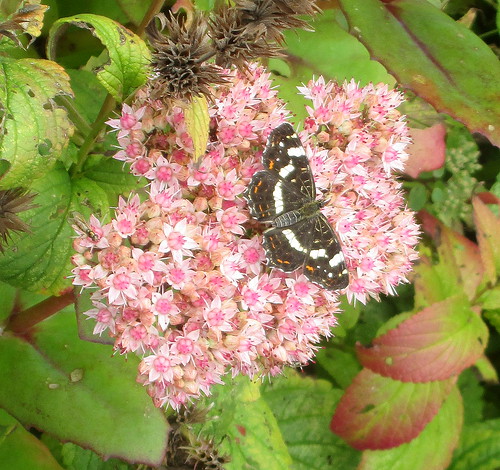 This butterfly was having a drink from a sedum flower.

And below it’s a different butterfly on a buddleia. It was a good day for butterflies considering it was mid September. 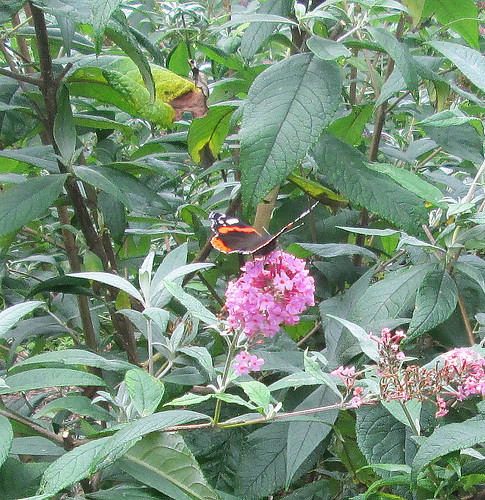 The sedums are in the foreground. We almost had the whole of the botanic gardens to ourselves, I suppose if we had gone in high summer it would have been much busier. 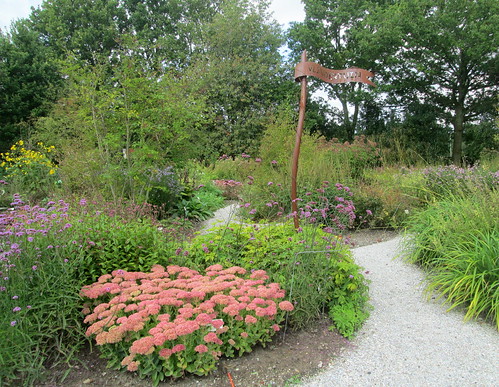 There’s also a great museum attached the the botanic gardens . It has loads of wonderful geological specimens and ancient artefacts going back to neolithic times, well worth a look. 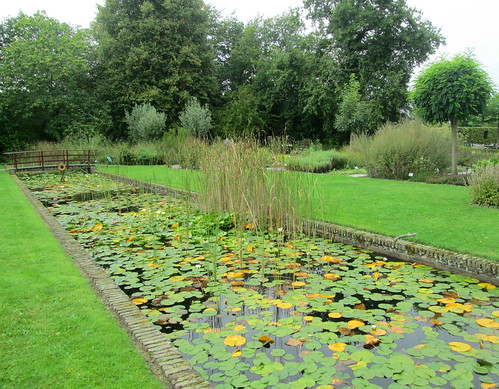 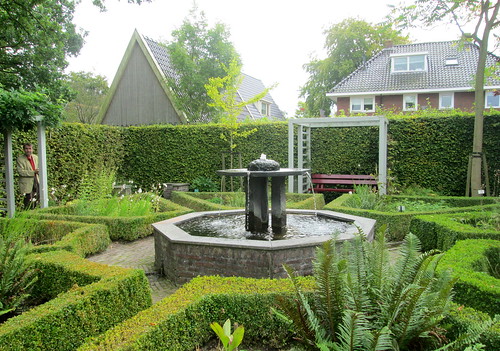 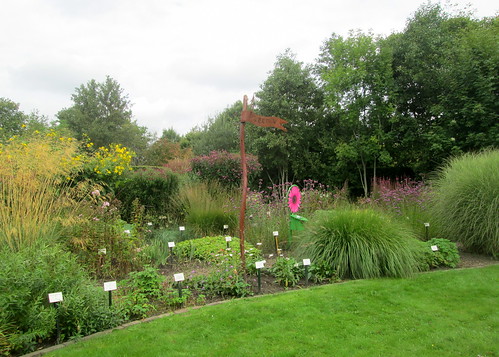 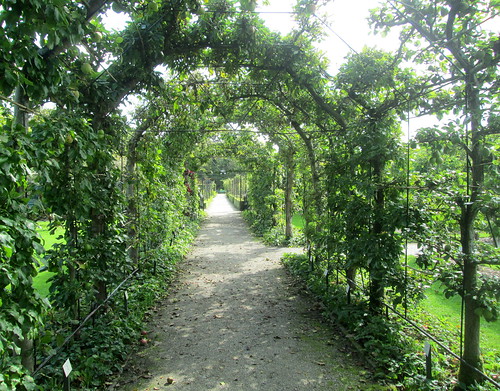