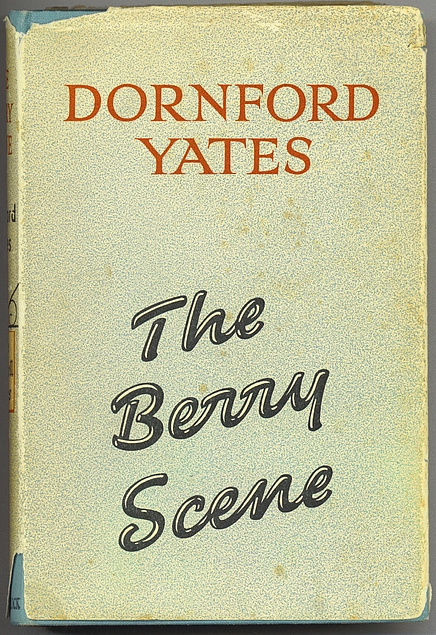 It’s the week of the 1920 Club and I thought I had read quite a few books published in 1920 but it turns out that since starting this blog I’ve only read one – The Courts of Idleness by Dornford Yates, you can read my thoughts on it here.

Oops I’ve just realised that Open the Door by Catherine Carswell was also published in 1920, you can read my thoughts here.

I’ve also read Queen Lucia by E.F. Benson, another 1920 book but apparently didn’t blog about it, that’s strange as I love that series. 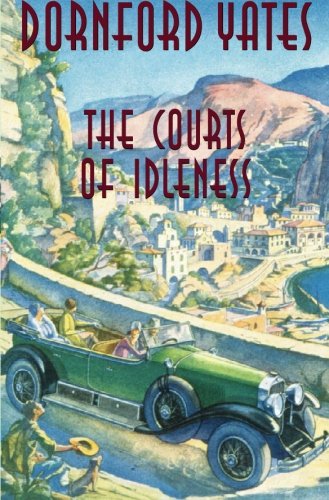 The Courts of Idleness by Dornford Yates is a collection of short stories originally published in 1920 but my copy is a reprint from 2008. The author’s real name was William Mercer but he chose to use both his grandmothers’ maiden names as his pseudonym. Writing was obviously in his blood as his elder cousin was Hector Hugh Munro, better known as Saki.

I enjoyed these stories which are similar to Wodehouse in that the characters are ‘bright young things’ all such fun and silliness, but every now and again there’s a teeny reference to the men’s previous experiences as officers at the front during World War 1. To me they bubble with the near hysterical personality of survivors. It’s authentic too as Dornford Yates was a Second Lieutenant in the London Yeomanry.

There are five short stories which are mainly fun, interrupted by a wartime ‘Interlude’ which is anything but fun, then another six short stories of the amusing silliness, verging on the sort of thing that I remember from sketches in Monty Python’s Flying Circus. The stories are linked as the characters travel from Madeira to Macedonia.

One story called As Rome Does begins: Solemnly we regarded the Colosseum. “Reminds me of the Albert Hall with the lid off,” said Berry. “But it does want doing up. Glad I haven’t got it on a full repairing lease.”

“Is anything sacred to you?” demanded Daphne.

“Yes” said her husband. “My appetite. That is why I venture for the second time to suggest that we should leave this relic of barbarity without delay, Besides, it revives painful memories.”

“When were you here before?” said Jonah.

“In a previous existence. Joan of Arc was by no means my first incarnation. In AD 77 I was a comic gladiator. Used to fight with gorgonzolas which had been previously maddened by having Schiller read to them in the original tongue. They used to call me ‘Sticking Plaster,’ because I was always coming off.”

The blurb on the back says: ‘Mr Yates can be recommended to anyone who thinks the British take themselves too seriously’ PUNCH.

I’ll read more by Dornford Yates whose books seemed to haunt me for a long time as there were shelves full of them wherever I went, but I knew nothing about him then – they all disappeared for ages before some surfaced again in my recent trip to Edinburgh bookshops with Jenny and Celia.

A recent trip to that place that I’m not supposed to be visiting – the library – ended up with me picking up four books that I had requested from them and three books from the for sale shelves. Honestly, there’s no hope for me!

I bought A Lovely Way to Burn by the Scottish author Louise Welsh. This was apparently a BBC Radio 4 Book at Bedtime, but I didn’t hear it.

The news of Andrea Camilleri’s death had just been announced a few days before and although I love watching the TV programme Montalbano which is based on these books I had only read one of them. So two have just joined my TBR list:

A Nest of Vipers and
The Pyramid of Mud
I’ll read one of those ones for the Reading Europe Challenge which I’ve been neglecting.

A trip into the West Port area of Edinburgh ended up with me buying two books by an author who seemed to be haunting me at one point as everywhere I went I saw his books, just as another blogger told me they were worth reading – the books all disappeared! So when I saw a whole load of Dornford Yates books I snapped up a couple of them. I was drawn to the modern paperback reprint first as I like the stylish cover. The Courts of Idleness is supposed to be funny – so fingers crossed because I need a laugh.

The other Dornford Yates book I bought is an old hardback from 1946 called The Stolen March. It was originally given to someone called Joyce from Kenneth in Falmouth, 8 May 1947. I love inscribed books but I never write in my own although I sometimes think I should. What are your thoughts on the matter?

I try not to buy books via the internet but sometimes you have no alternative as the chances of what you’re looking for turning up in a secondhand bookshop are just about nil, so I bit the bullet and bought The Stream That Stood Still and The Tree That Sat Down by Beverley Nichols, part of a woodland fantasy trilogy for young people. The other one I already had is The Mountain of Magic.