At Calke Abbey in Derbyshire I was surprised by how crowded the place was, well, I suppose it was a Saturday and a lovely day, far too hot for the end of September but I suppose we can blame global warming for that.

On entering the hall Jack spoke to the guide who asked him to repeat himself – which he did, speaking in his very best clear English with far less accent than the ‘locals’. She still said she couldn’t make out his accent. So I said in strident tones – he’s from Glasgow – which is a slight exagerration as I’m the Glaswegian and he comes from 15 miles north of there, but as I expected, it did the trick and amazingly she had no problem after that. Maybe she was worried about getting a ‘Glasgow kiss’. 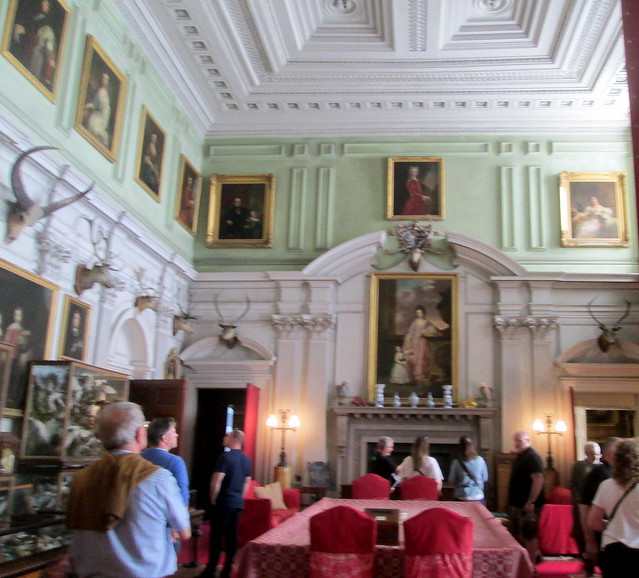 As you can see it was nigh on impossible to get photos without people in them, except of the upper parts of the very high walls. Someone was obviously very fond of stags’ heads. 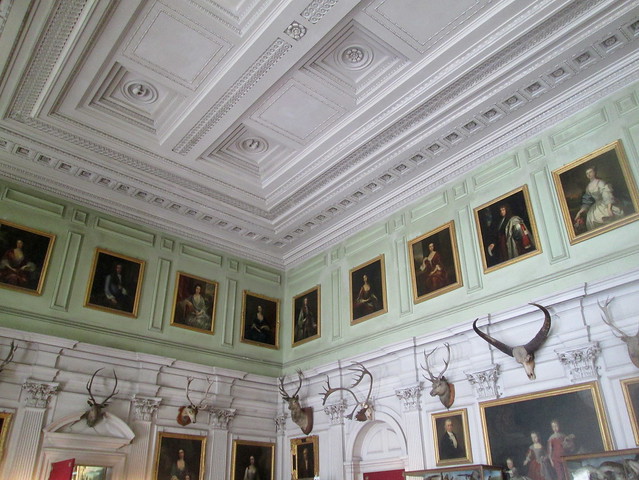 The rooms are so cluttered, just as they were left to the National Trust, that it’s sometimes difficult to see what the room was originally for. Below is probably a drawing room but it also has a lot of specimens of fossils and just things of interest to collectors of ‘stuff’. 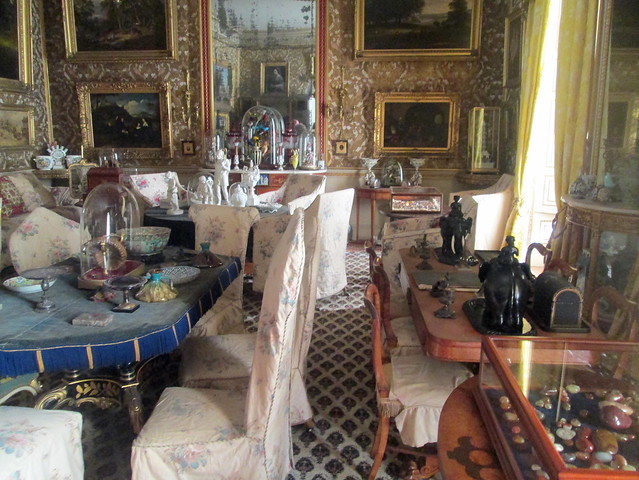 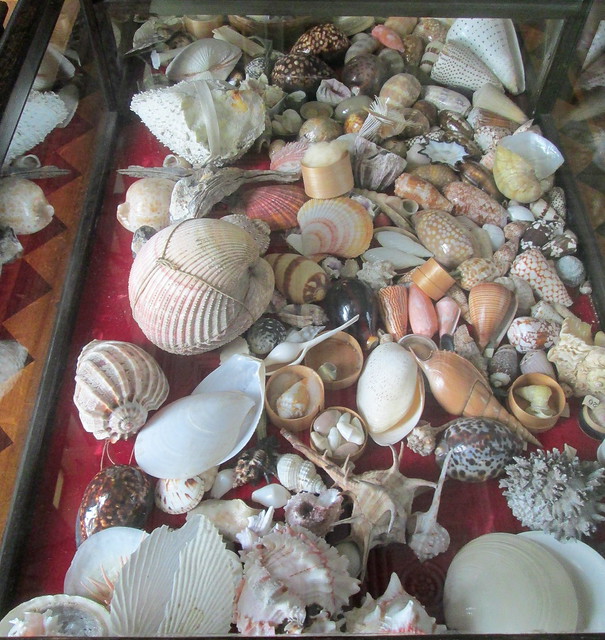 I’m so glad that I don’t have to keep on top of the housework in here. 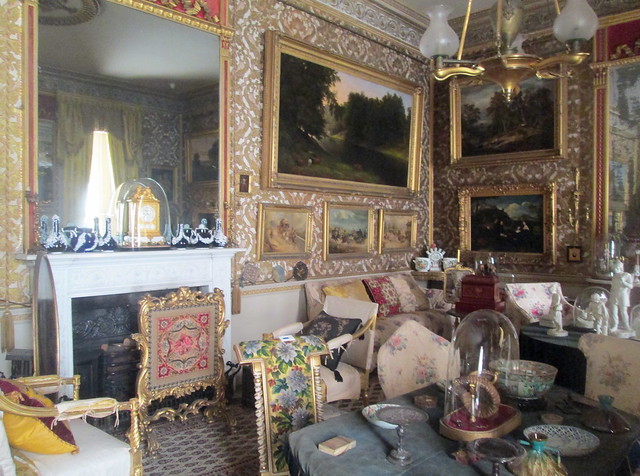 I’d love to have the library/study though. 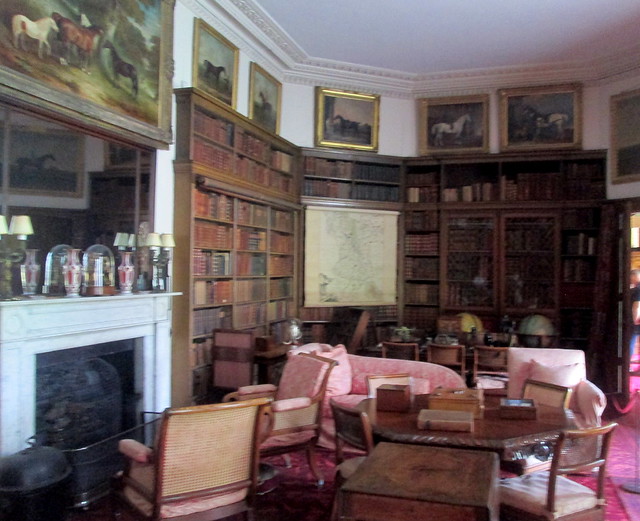 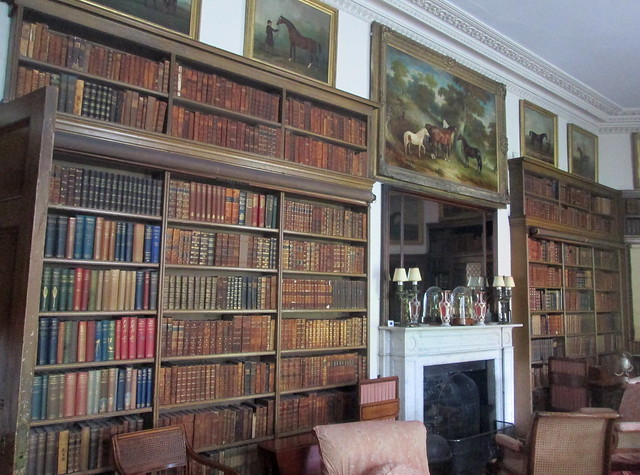 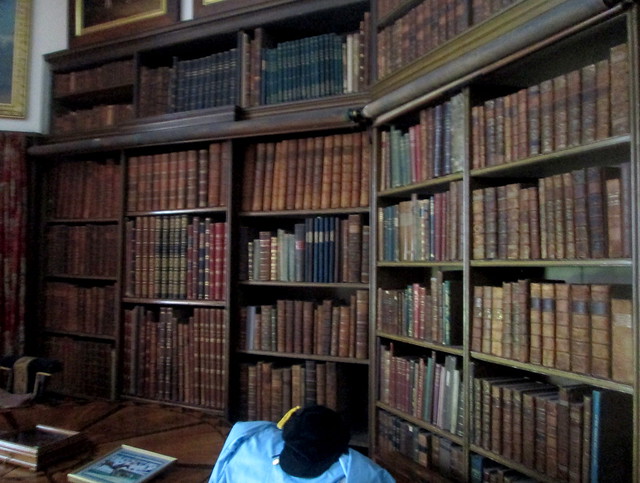 The Jacobean coat below is a real work of art, but the Chinese silk bed is amazing. I’ll show you that tomorrow. 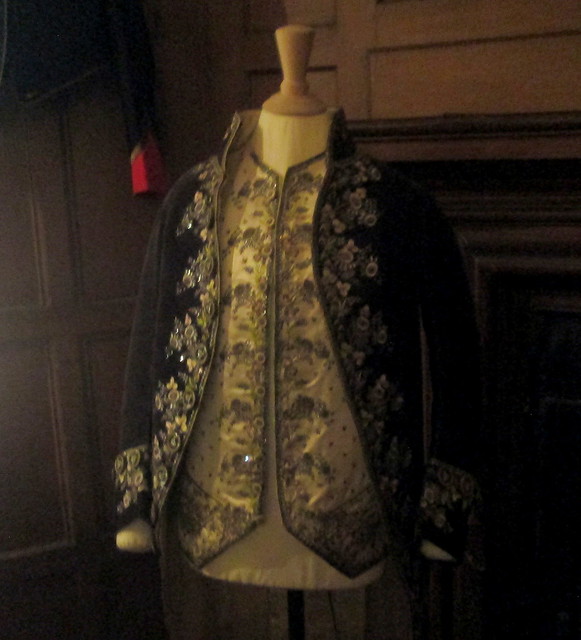 If you’re interested in the history of Calke Abbey have a look here.

Speaking of Gaberlunzie – back in the dim distant past when I worked in the local library, the folk duo Gaberlunzie was due to play a gig at the local community centre and the tickets were on sale at the library. We had all been told to expect members of the public to be coming in to buy tickets.

This was the early 1970s and computers hadn’t arrived at the library, it was all cardboard tickets and card indexes, with everything filed in alphabetical order, I loved it, we were faster than computers. Readers often left their spare library tickets at the library for safe keeping, asking for them when they wanted to borrow something. We just needed their name and address, although most of the time we already knew it.

Unfortunately, my friend was off the day we were told about the Gaberlunzie tickets, so when someone came in and asked her for tickets for Gaberlunzie – she immediately said – What’s the address? Which was followed by a blank look from the woman and gales of laughter from the rest of the library assistants. Ahh simple days, but Gaberlunzie still makes me think of that time.

Something else which makes me nostalgic for those days at the library is this old Smirnoff advert, which apparently wasn’t a success, especially with potential librarians. But I love it, as well as the image, it just shrieks ‘1970s’ – which was supposedly a style-free zone, well so the kids of the 1980s claim. But for me it was a great time for fashion and design. What’s your favourite decade? 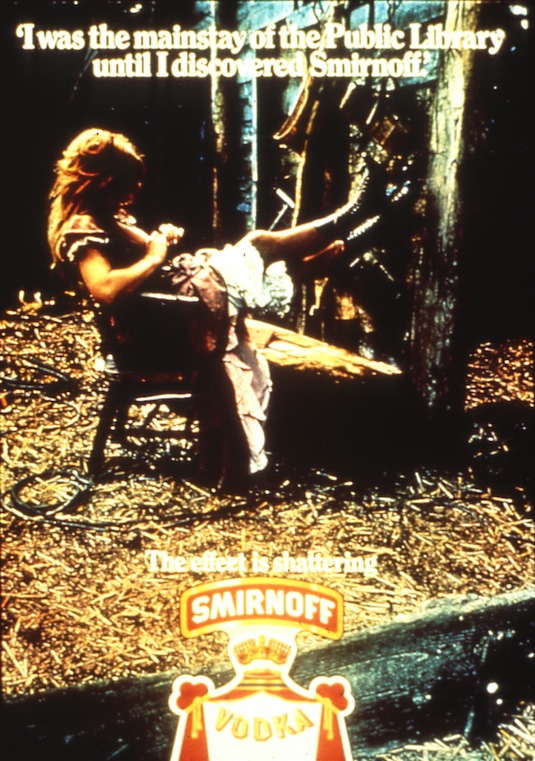 The first library that I worked in was built with money donated by Andrew Carnegie who was born in this teeny wee cottage in Dunfermline, Fife which is about 12 miles from where I live. This was originally two cottages, I think he was born in the right hand one.

He made shed-loads of money in America, mainly from steel originally. As he thought that education was so important he set about providing libraries so that poor people could get their hands on books and improve themselves if they had a mind to.

Naturally, the very first place that he wanted to splash his cash was his home town. (Look how well I’m doing folks.)

So Dunfermline has the very first Carnegie Library and I visited it for the first time during the Easter holidays. Actually, it’s a really lovely building, especially inside, much nicer than the one that I worked in.

I wasn’t supposed to be borrowing any books as I have so many in my TBR pile at the moment, but I ended up borrowing the Daphne du Maurier – Rule Britannia and requesting Susan Hill’s – Howards End is on the Landing. There’s a waiting list, I’m fourth on it. I’ll definitely have to set aside more reading time.